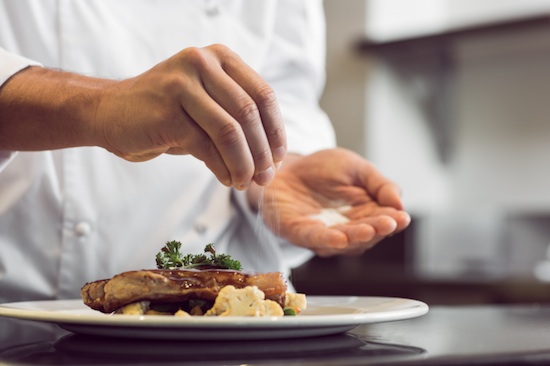 Four years of a college education is one path to a productive and fulfilling life. But not the only one. Numerous trade professions today offer gratifying and lucrative careers. Nonetheless, many well intentioned parents, as well as teens themselves, believe white-collar work is the surest route to success.

Approach Education and Career Planning with an Open Mind

It’s time to broaden perspectives, to think beyond the repetitive and tedious work of the Industrial Revolution’s assembly line to the creativity and skill mastery required for 21st century technology-driven manufacturing. It’s critical to think about the indispensable value to society of local tradespeople: organic farmers, auto mechanics, wind turbine technicians, ultrasound technicians, diagnostic medical sonographers, and radiation therapists. And it’s essential to consider each teen’s aptitudes and interests before launching them on any path—traditional or not—especially given the cost of a four-year college education.

“With tuition rates quickly outpacing inflation rates and a tepid employment market, it is more important now than ever for students to carefully direct their post-secondary education. Whether they are thinking about a four-year program, community, or technical school—teens should deliberate to ensure academic success and career readiness,” advises Philip Hardin, CEO of online aptitude testing start-up, YouScience.

Professor of Counseling and Career Development at Colorado State University’s School of Education, Dr. Rich Feller, encourages teens to consider the value of blue collar work, stating, “The trades grow popular when students see how compensation can grow, how entrepreneurship connects to ownership, and how college graduates are ‘reverse transferring’ to technical training, community colleges and performance certificates.”

Without realizing it, Jake Letteney chose his career back in fifth grade when he volunteered at a local organic farm. Since that auspicious summer caring for cows, sheep, goats, chickens, pigs, and rabbits, Jake has worked on farms. Drawn to the outdoors and to animals, he transferred from a traditional college-preparatory public high school to an agricultural one—Norfolk County Agricultural High School in Walpole, Massachusetts—enrolling in the Animal Sciences Program for his junior and senior years.

Today, Jake works on a small dairy farm where in addition to farming he gets to do a little of everything—carpentry, mechanical, landscaping, sales, and veterinarian technician work. Jake has his sights set on owning and managing a farm where he produces good quality, healthy food. Jake’s mother supports his goals, saying, “I just want him to choose a career that will make him happy and able to support himself in the lifestyle he chooses.”

Jake’s dairy farm co-worker, Justine Grassey, is also a graduate of “Norfolk Aggie,” and like Jake, is focused on owning a farm. Justine credits the late wildlife expert and conservationist, Steve Irwin, with sparking her love of animals. In addition to farming, Justine is interested in conservation law enforcement and currently working towards an associate’s degree in criminal justice at Massachusetts Bay Community College. Justine has her future carefully plotted. She will combine her passion for animals with her education in law enforcement to work as a game warden in Maine—enforcing hunting and fishing regulations, stopping poachers, and imposing property lines—all while running a dairy farm with a friend.

Jake Arbron graduated from an independent high school in Westchester, New York with dual secular and religious curriculums. Like virtually all of his peers, Jake went on to a four-year college. But, one year into an engineering program, he determined it wasn’t a good fit. Fortunately for this self-professed hands-on person and avid sailor, Jake learned about the International Yacht Restoration School (IYRS) of Technology & Trades in Rhode Island. Jake enrolled in the school’s two-year Boatbuilding & Restoration Program and looks forward to a career making and selling boats. He is well on his way, having restored a couple of boats already, including one owned by his late grandfather.

Stephen Worsham is in IYRS’ Marine Systems Program learning to install, repair, and maintain all essential nautical systems, including electrical, navigation, electronics, steering, and refrigeration. Upon completion of the Marine Systems Program, Steven plans to enroll in the Boatbuilding & Restoration Program to diversify his knowledge base. Stephen and his three older brothers were all home-schooled. And all have chosen unique educational and career paths. One brother became an architect like their dad, another recently graduated from college with a liberal arts degree, and one enlisted in the military. Upon graduation from IYRS, Stephen’s goal is to apply his technical trade education as a crewmember on a large yacht or commercial ship.

Another home-schooled student, Gavin Pierce, enrolled in a two-year culinary arts associate’s degree program at Baker College in Michigan. Gavin knew for several years that he wanted to be a chef, drawn to the profession’s mix of artistic work that engages all five senses and requirement for mathematical acumen. He’s well on his way, having recently won a silver medal in a local cooking competition where, as in the popular Food Network TV shows, he had an hour to create a delicious and visually appealing main dish with mystery ingredients.

The Many Merits of Manual Labor

As these five teens illustrate, each person thinks, learns, and engages with the world differently. The award-winning book, Shop Class as Soul Craft: An Inquiry Into the Value of Work, written by philosopher and motorcycle mechanic Matthews B. Crawford, questions the prudence of holding white-collar office work as the ultimate reward for all. The book jacket summarizes Crawford’s perspective, “For those who feel hustled off to college, then to the cubicle, against their own inclinations and natural bents, [this book] seeks to restore the honor of the manual trades as a life worth choosing.”

Even a university administrator acknowledges that four years of college is not for everyone. Dr. Chester Goad of Tennessee Technological University comments, “I work for a university so naturally I hope students will at least consider a college education. But college is not for everyone—and it's a myth to think there aren’t jobs in technical fields that are fulfilling and also pay well.” Crawford like Goad cautions against the one-size-fits-all thinking. Crawford explains why, “Turning everyone into a ‘knowledge worker,’ [is] based on a misguided separation of thinking from doing, the work of the hand from that of the mind.” He goes on to state, “The manual trades require careful thinking and are punctuated by moments of genuine pleasure.”

Colorado State University’s Dr. Feller acknowledges the premium companies place on attracting skilled tradespeople, explaining, “Employers rely on the problem identification and solving skills of the trade and craft worker. They are hungry for internally motivated workers using their natural aptitudes.” Consequently, it’s not surprising that job security is another benefit of trade work. Crawford explains this phenomenon, writing, “The work of builders and mechanics are secure; it cannot be outsourced, and it cannot be made obsolete. Such work ties us to the local communities in which we live and instills the pride that comes from doing work that is genuinely useful.”

The president of IYRS, Terry Nathan, whose school teaches highly technical and craft-oriented career skills, also recognizes interdependency of manual and intellectual work. In an essay titled, “In the 21st Century Manufacturing Economy,” he writes,

We are on the verge of another period of dramatic innovation. How encouraging—and breathtaking too—that these periods seem now to come so fast in America. In my adult life, we have gone from powerful mainframe computing housed in vast data centers to PCs, laptops, tablet computing, and smart phones; and now perhaps a full circle—returning us, in part through advances in technology, to the time-honored notion that craftsmanship, working with our hands, is again one of life’s great achievements. In 21st century manufacturing, the American worker will be more technical, applying advanced technologies, but still making, building, and restoring.

As you and your teen look towards the future, it’s in your interest to evaluate if an education and career in a manual trade is a good fit. No matter the color of the collar of your teen’s prospective career, keep in mind that beyond passions, aptitudes, and interests, hard work and integrity are equally important components of success.