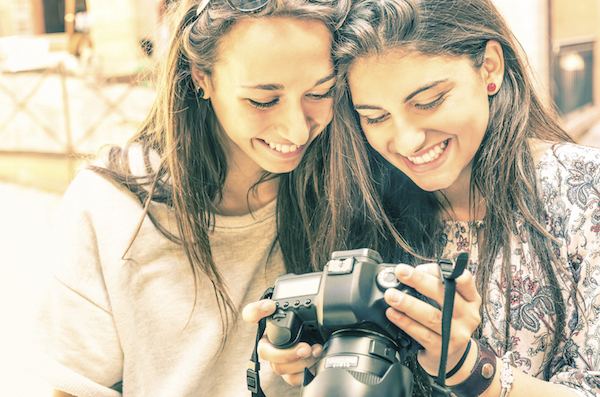 I took a trip to Germany the summer after my freshman year. I was in a German learning program along with kids from all around the world, most of them from Europe.

The number of languages they spoke blew me away. The Italian girls spoke English, German, Spanish and, of course, Italian. The Serbian guys spoke a smattering of Eastern European languages. Even the primarily English-speaking UK crowd had a good handle on Spanish and French.

And then there was me, the American. I spoke English, and a few sentences in Spanish and German. This was after five years of Spanish class at my school.

That trip to Germany showed me that even though my American friends and I didn’t speak multiple languages, it was important. I wished I had paid more attention in class, and it wasn’t because I got bad grades. Here are a few things you should consider regarding your language classes, especially if you’re slacking off.

When you only speak English, your travel in non-English speaking countries is a little limited. You can talk to the hotel staff, tour guides, and other travelers, but unless you’re in the UK or Australia that’s about it.

You can’t tell the restaurant owner to fix you something unique and you can’t ask that guy on the street how to get back to your hotel. You’ll be forced to speak to only English-speaking strangers, and that’s pretty limiting.

For example, I’ve been practicing Spanish for the past year in preparation for my trip to Mexico. While not fluent, I can hold a ton of conversations and typically can get the drift when people talk to me. In order to learn Spanish more quickly, I’ve gone on a few dates with Mexican girls who don’t speak English. If that isn’t motivation to learn a foreign language, you’re hopeless.

2. It could make a big difference in your career.

I can’t count how many of my friends from college were majoring in international business. It was one of the most popular majors at Northeastern. What I can count on one hand, however, was the number of these kids who spoke a language other than English. They were taking classes to be able to do deals, handle mergers and pay taxes in South America, France, Germany and Russia without learning any Spanish, French, German or Russian!

After having done a good deal of traveling myself, and having met businesspeople from around the world, I know that speaking even just a little of a local language gets you a lot of respect and can change you from “foreign businessman” to “trusted friend.” If you’re at all interested in shaking hands across a multilingual conference table, mastering a dialect other than your own will make a big difference. (It can also keep you from getting ripped off!)

3. It could save your life.

I’m currently in Mexico. While this country isn’t really as scary as the news makes it out to be, there’s still a chance that someone will try to take my wallet or kidnap me. With these ever-present dangers always a possibility, I want to make sure I can get the help I need, when I need it.

Since landing in Mexico City, my phone has died a few times when I was on the far side of town. Luckily I was able to ask some locals for directions and I always got back to my hostel within an hour. I was able to follow these directions easily. When someone told me I needed to take the “X” bus line, I understood. When hopping in a taxi, I could tell the driver exactly where to go without spending 10 minutes trying to figure out if he’s negotiating the fare or asking which neighborhood I’m going to.

In comparison, a lone tourist walking aimlessly at dusk begging every passerby on the street for a phone charger is a blatant target for thieves or kidnappers.

[Don't miss out on more language learning tips from the TeenLife Experts! New to a language? Try total immersion!]