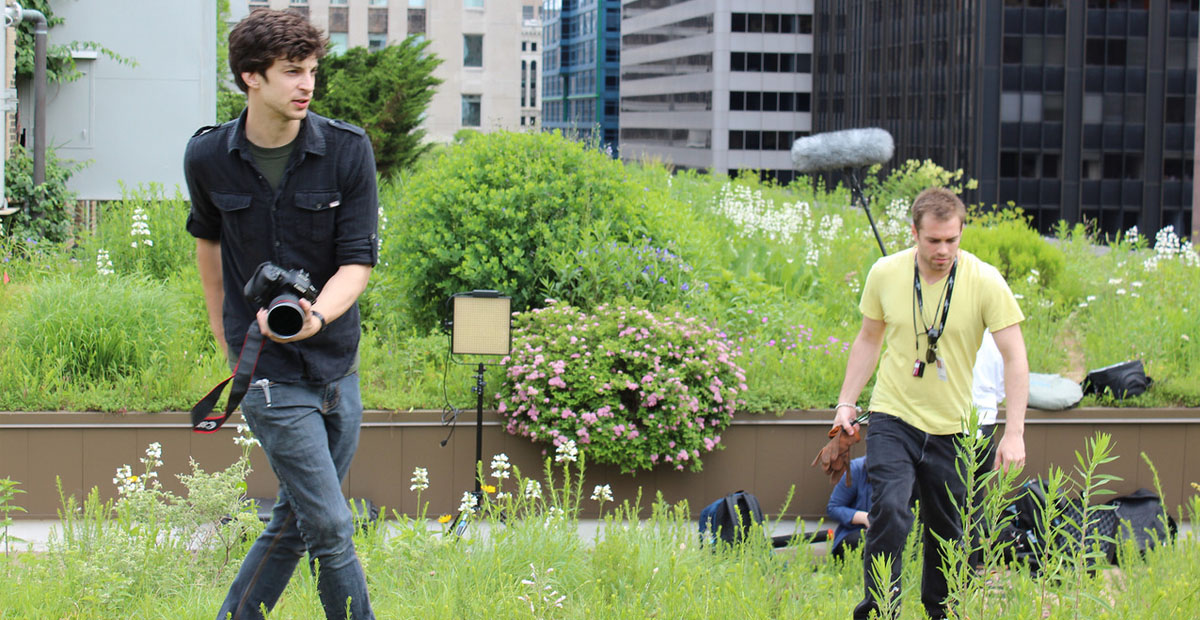 They may be the seven scariest words a college-aged child can say to a parent: “Mom, dad…I want to go to film school.”

Parents, you probably have your concerns. After all, your child wants to go to film school—a path that carried certain connotations when you and I were headed to college. Back then, there were three networks and PBS; cable television was in its infancy; 3D films were old fashioned; and the internet was decades away.

But today, the filmmaking landscape is different. Way different. In fact, even the term “film school” is becoming outdated as the industry moves toward digital content creation: a much broader field that is giving way to new careers in a variety of industries.

At Flashpoint College, the Chicago-based digital media arts college at which I serve as Academic Dean, we specialize in preparing students for the new, emerging opportunities in this suddenly vast career landscape. We (or at least young people) consume media at home and on the go via computers, tablets, smartphones, e-readers, YouTube, Hulu, video on-demand. We watch films on our iPads and iPhones when we aren’t in front of our wall-sized LCD screens (and sometimes even when we are). All this content is being created by creative, passionate people who have learned to work within the new rules of the digital entertainment industry.

And now your child wants to get involved. Perhaps she wants to be a cameraperson, a writer, an editor, maybe even a director or producer. And she’s come to you for advice.

Parents, if you’re still worried, you can breathe a sigh of relief: Your kid is making a smart move.

Film School is a Smart Move

Whether she’s seen the future or is just about to stumble into it, your film school-going teen is about to be on the ground floor of an emerging skill market, one that the National Bureau of Labor Statistic expects to grow considerably over the next 10 years. That’s because digital media isn’t a trend: it’s the fire that’s fueling the world’s desire to be more informed, more entertained, and more connected than ever before. And there are film scholarships available.

So for you parents reading this, I would like to offer a few helpful tips to get you through the next couple years. Commit this advice to memory so that you, the concerned guardian (or, perhaps, guardian-slash-bill-footer), can give the student you love helpful guidance toward the career they’ve always dreamed of.

Tips for Parents with Kids Going to Film School

This is a fancy way of saying know who you are and what you do well. Play to your strengths. If you are a good writer, keep writing. If you are an editor, hone those editing skills. While it’s good to be familiar with a range of roles, you should always work on making the best parts of you better.

TECHNOLOGY IS YOUR FRIEND.

When I graduated, we shot 35mm film. Today, HDSLR cameras are inexpensive and great quality. The barrier to entry in the industry is minimal, so take advantage of your great timing

LEARN AND BE ACTIVE IN SOCIAL MEDIA.

Facebook is not just a place to goof around. When used properly, Facebook and other social media sites can be your biggest asset. Crowd-sourcing is a great way to raise money and build your audience (TFA partners with IndieGoGo). Use Facebook, Twitter and blogs to promote your production. By the time your production is wrapped, you will have a built in fan base who can help you expand your audience.

Sign up for LinkedIn and join film groups online where there are job postings, comments, and entire communities to take advantage of. In the brick-and-mortar world, join film organizations such as Independent Feature Project (there are IFP branches around the country), film festivals and film societies. Get out of your parents’ basement and meet some people!

While waiting for your big break, take advantage of all you have learned and get a good, entry-level job creating online content for a company.

There are some terrific ones out there, produced on a low budget and at a high quality. Here are some of my favorites, created by a former student of mine and an adjunct faculty member in Tribeca Flashpoint Academy’s Film + Broadcast degree program: First Dates and Break-Ups.

While you’re building your reputation, volunteer to work on productions. If you do a good job, you will get called back—next time for pay.

FISH WHERE THE FISH ARE BITING.

If you really want to make Hollywood-style productions, go to Los Angeles or New York. If you want to make small, independent films, you can do that anywhere. What you can’t do is hope Hollywood comes and finds you.

IT TAKES 10 YEARS TO BE AN OVERNIGHT SUCCESS.

No one graduates college and immediately steps into the director’s chair of a major production. It takes several years to become established. Be patient and keep working hard. The industry rewards tenacity.