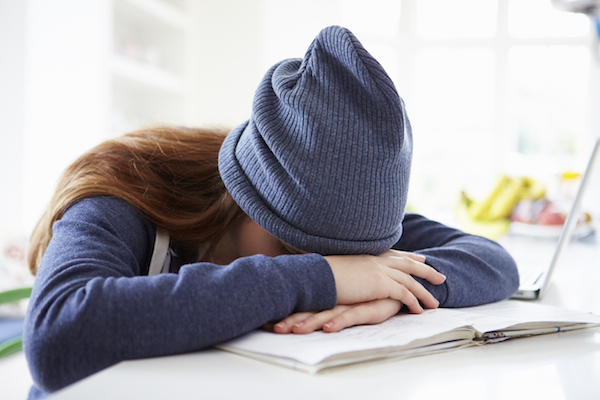 It’s exasperating to parents and teachers: Why can’t teenage kids keep themselves organized, focused or motivated?

Just when your child seems to be doing great, boom! There’s that math test that seems to come out of nowhere or that history paper that was never finished. And there is no sign of urgency or, sometimes, any concern at all.

So what’s going on in their brains? Is it ADD/ADHD (attention deficit disorder sometimes with hyperactivity), or just normal teen development? And what can parents do to help?

While a few students in each school classroom probably have a serious attention disability and need special care, more than half might have trouble getting motivated, organized or focused. You might hear they lack “executive function,” a phrase buzzing around education and teen development circles.

“It’s not all-or-nothing, like pregnancy, where one either is pregnant or not,” says Thomas Brown, the professor heading Yale’s noted Clinic for Attention and Related Disorders and one of the top experts on ADHD and executive function. “It’s more like depression. Everyone experiences a low mood from time-to-time, but only those significantly impaired over longer periods are diagnosed as depressed. ADHD might be the extreme end of the impairments in executive function.”

Brown compares executive function to the conductor of an orchestra. “Even great ones are not likely to produce a very good symphony if they don’t have a someone to coordinate and integrate the musicians,” he says.

And, he says, the executive function maestro ideally coordinates brain activity to produce these results:

So, are any of these skills lacking in your teen? Probably.

The latest thinking about brain development suggests these skills blossom later during the teen years when brain cells and cell networks grow and are pruned for efficiency. So it could be that your adolescent who is disorganized, can’t get started on a project, or lacks the ability to regulate emotions, may just need time to mature.

He and others say there are ways parents can help adolescents adjust to the deficiency and develop those skills:

Could the issue be more ingrained? Students who have ADD/ADHD, a genetic and often inherited developmental problem, will stand out, Brown says.

“If a kid just has the ability but extreme inconsistency and is severely distracted or disorganized, there is a more serious problem.”

Often teachers or guidance counselors have spotted a problem. Schools can help with structure and formal educational plans. And a therapist or even a pediatrician help diagnosis ADD/ADHD. If you suspect your child is worse than the norm, ask for help.

[Want more info? Here's how to build confidence in your ADHD teen!]