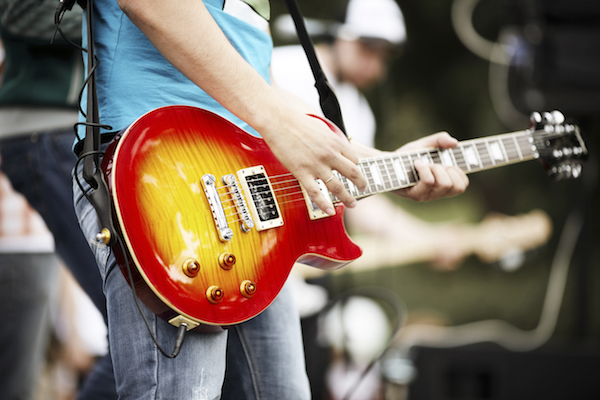 Darryl Purpose’s life in music has taken him around the world, including to a Moscow stadium where he shared a stage with Santana and Bonnie Raitt, but there have been plenty of ups and downs along the way.

Purpose, whose latest CD hit No. 1 on The Roots Music Report’s chart for contemporary folk albums, enjoys offering advice to young musicians. The main thing teens interested in music need to remember, he says, is that, with hard work and tenacity, anything is possible.

And start early. One thing he regrets is that he got a very late start musically, he says.

“I wish someone had told me, believe in yourself. I might have concentrated more on my music and worked harder to be better at it. Although I had some skills, I let them hang there without working on them until my 30s.

“If you believe in what you’re doing and can start working on it when you’re young, things can happen in a way that can be really meaningful. Find a way to hone your craft early. Get your 10,000 hours in while you’re a teenager,” he says.

Purpose had been playing his guitar for years when he realized it could be something more than a hobby.

“I remember the point in my life when I said to my sister, ‘You know there are people who actually write songs, sing them for people and make a living at it. Isn’t that amazing?’ Just the idea of it was mind-blowing to me,” he says.

“It’s hard for most people to get their head around that. They have a guitar their parents gave them, and they’ve learned a few chords, and they’re playing a few songs. They go to a big concert, or they listen to music on the radio, and they think that’s another world. They think that’s untouchable. Well … maybe not.”

It may not be untouchable, but it’s hard. For most performers it’s not a life of screaming crowds, pumped-up security guards, or limos and jets.

Most singers tour in beat-up vans and sometimes take the stage in a room where empty chairs outnumber audience members.

Monica Rizzio recently opened a show for Daughtry, but she can easily remember when she was performing at open mikes, trying to capture an audience’s attention.

“There are nights where I play some really great gigs, and then you get one where you ask yourself, why am I playing this?” she says. “You have to remind yourself that you play because you love to play.”

After being part of the Massachusetts-based bluegrass band Tripping Lily for almost 10 years, Rizzio released her solo debut, “Washashore Cowgirl,” in 2016.

Networking is key for musicians starting out, she says.

“Making friends with people who are like-minded and into what you’re into, that is a huge thing. Nowadays they have a lot of great music camps people can go to.”

Purpose runs a songwriting gathering called Camp Ned out of his home in Colorado. “It’s for people who are ready to make something happen for themselves,” he says. “When you get them all together in one spot for serious concentration on curriculum and sharing over the course of a long weekend, magic happens.”

If you can’t get to a music camp or festival, Purpose suggests finding mentors locally or over the Internet.

But expect to deal with some discouragement along the way. That’s just part of the business.

“The best way to handle that is to stay healthy,” says Purpose. “Meditate, hike, do yoga – whatever makes you feel healthy. Find a routine and make it a part of your life. If you’re down on your luck but you’re healthy, you’re going to be OK.”

“Everyone gets discouraged,” she says. “Just keep focused. Those who are successful are the ones who never give up.”

Here’s Rizzio’s and Purpose’s checklist for your music career: