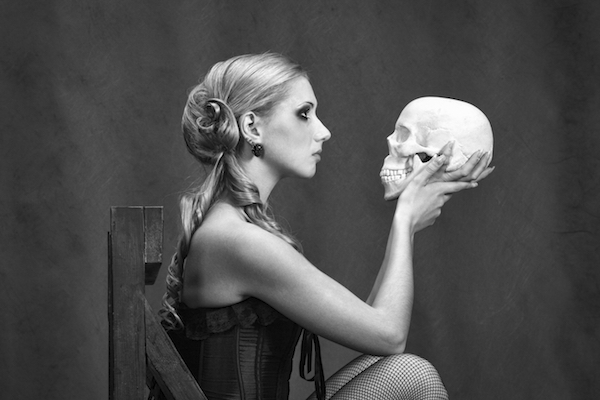 Having a theatrical background himself, Rob Seitelman might be a little biased, but he believes students involved in theater take valuable skills to college.

“We have to allow ourselves to explore and use everything we learn to potentially help us understand theater – and, by extension, help us understand life,” says Seitelman, the Princeton Review’s director of educational partnerships for the Southwest and Pacific Northwest.

We talked to Seitelman and other college experts and students about how theater training can give you a leg up over peers, both during the college application process and in the transition to college.

Here are the five areas where they says theater helps:

In theater, “you really have to be so present,” says Nina Schuessler, producing artistic director for Cape Cod Theatre Company, home of the Harwich Junior Theatre, in Harwich, Mass. “That takes having all your senses developed to the best they can be: seeing, hearing, evaluating, taking in another person.”

Actors tend to be great communicators and excellent listeners, she said. That’s because a show only works if the actors take the time to truly understand what their scene partners are saying and doing.

Students studying acting also develop their voices and discover how to “land” their words instead of dropping sentences like many of their peers, she added. Through performing and auditioning, they learn to be truthful in their delivery, to use proper body language and to speak with an aesthetic that captures an audience’s attention.

Exposure to a variety of people also is a benefit, Seitelman says. “(Theater’s) a melting pot or salad bowl of diverse interests. It helps you bridge those different communication styles and interests.”

“I approach more people, either to make friends or for networking/employment,” Sabrina Marshall, who studies English literature and theater at Whittier College in Whittier, Calif., wrote in an email about the benefits of studying theater. “By being somewhat forced to work with others, I became more confident in my voice and my opinion when solving a problem.”

Julia Acquistapace, a self-described introvert who studies theater at Columbia College Chicago, echoed Marshall. Theater skills have helped her connect with professors and internship supervisors. And she has learned things about herself through the characters she’s played, she says.

“It’s really the dry-erase board of the art world,” he says. “There’s nothing you can do in a theater space that is going to be permanent in any way, and that is sort of unique in the academic world. … We want you to fail gloriously. You can look back and objectively discuss what was good and the positive things you can take (away) for next time.”

3. Discipline and commitment to hard work

Kids make a “huge” time commitment doing theater, says Karen Santos, who teaches youth acting at Cotuit Center for the Arts in Cotuit, Mass. Rehearsals for community theater can go until 11 p.m. on top of a full day of school, she says. It requires the focus and discipline that fosters success on campus, she and others say. And, young actors and theater techs work alongside seasoned adults, which requires maturity and gives them an understanding of what it takes to succeed.

Students who work backstage work their way up the theater ladder, starting out, for example, with basic sewing in the costume department, says Mark Pearson, artistic director for the College Light Opera Company in Falmouth, Mass., a summer training ground for college undergrads and recent grads. They learn the importance and power of detail by telling a story or creating a feeling with something as simple as a piece of clothing or a particular color of light, he adds.

When you become involved in theater, “you check your ego at the door,” says Jill Abusch, co-founder and artistic director of The Play Group Theatre in White Plains, N.Y. “You’re part of something bigger than yourself, and have to look out for one another and tell the story.”

Abusch asks her students to throw their phones in a bucket at the start of class. In a device-centric age, she says, theater forces participants to make eye contact, to use their imaginations and to figure things out together – without the help of a search engine. Those are all key elements to working in groups in school or at a job.

5. A cultivation of empathy and understanding

“Kids can be in their own little protective world,” says Santos from Cotuit. “But going off to college, meeting new people … they have to go outside their comfort level.”

Theater prepares kids for this experience not only through camaraderie but also through the different characters and stories they explore.

Acquistapace remembers a production of “The Laramie Project,” a play about LGBTQ intolerance that her private, Catholic, all-girl school produced. It opened her eyes to important issues happening in the world. She now seeks out different pieces of theater that reflect society, she says.

Theater, she says, has "given me a strong voice to advocate for others to tell stories that aren't always first in society."