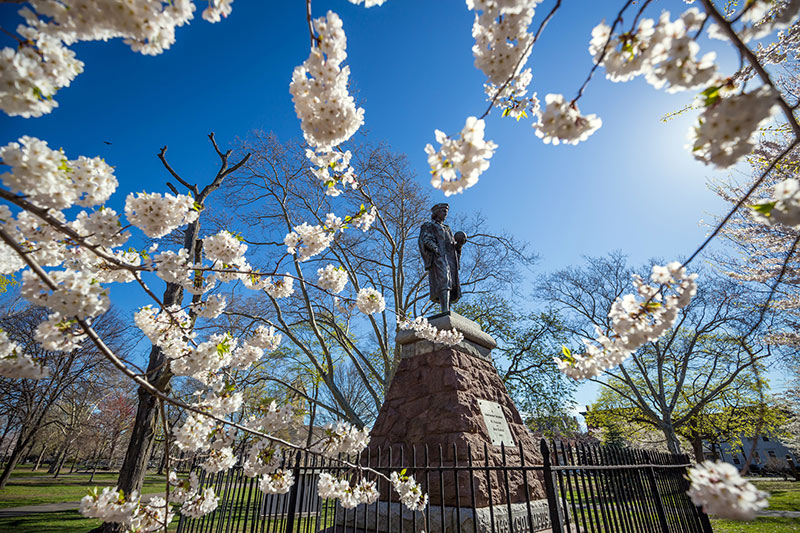 Whether or not a degree from an Ivy League college is in your future, there’s a way to get a taste of life in the Ivies.

The eight Ivy League schools are among the oldest, most prestigious and most competitive schools in the country – and most of them have extensive summer programs available to high school students.

“The students who come to these programs are students who are really academically engaged,” says Bill Holinger, director of Harvard Summer School’s Secondary School Program.

“Like Harvard in general, one of our great strengths is the academics: the courses, the faculty, the extra academic support.”

Many of the teens in Ivy League summer programs are taking college courses for the first time, Holinger says.

“It’s a phenomenal opportunity to study things that they don’t get to delve into in high school,” he says. “They have an academic transition to make, so we have a lot of support for them. We have a tutor program in the summer school that’s extremely helpful for high school students.”

Holinger says the summer programs have a “wonderfully diverse community. Harvard’s summer school has about 6,000 students, and about 1,400 to 1,500 of them are high school students. About a third of our kids are international. It’s socially diverse and socially economically diverse.”

In most cases, high school students live together on campus with residential advisors as back up.

“They live here very much like college students,” says Holinger. “They love the independence. They can make their own choices, plan their own time, go to the activities they want to go to, not go to activities they don’t want to. Their only real requirement is that they attend class. The rest of their time is theirs to plan.”

Ivy League settings range from the hustle and bustle of Columbia’s Manhattan campus to the peaceful mountains surrounding the Dartmouth campus. Most of the schools offer a mix of credit and noncredit courses in their summer programs for high school students.

While the summer Ivy programs typically offer introductory classes in economics, writing and history, you also can find courses that are a bit more out of the ordinary, along with some fun extracurriculars.

Here are some highlights for the 2017 summer:

Brown (Providence, R.I.): Courses include “Live Like It's 3000 B.C.,” “Engineering Energy for Our Future” and “Elevator Pitch For the New Media Age: Short Form Writing and Speaking.” Social activities include karaoke, talent shows and yoga, along with weekend trips to Boston, Newport and New England beaches.

Columbia (New York, N.Y.): Courses include “Constitutional Law,” “The Economics of Financial Crisis,” “Debating the Ethics of War and Political Violence,” and “Entrepreneurship and Innovation.” Activities include volunteer projects serving children and seniors, a careers and leadership speaker series, and arts and crafts seminars. Plus, you know, New York.

Harvard (Cambridge, Mass.): Harvard will finalize its courses by Jan. 19, 2017, for the summer. Courses in 2016 included “Space Exploration and Astrobiology: The Search for Life in the Cosmos,” “Marine Life and Ecosystems of the Sea” and “Gender, Food and Culture in American History.” Activities included a summer-school orchestra, the Trivia Bowl, and outings to Fenway Park and Boston’s Museum of Science.

Princeton (Princeton, N.J.): Princeton’s summer term is open only to Princeton students, but the Summer Institute for the Gifted offers programs at 12 campuses including Princeton. Courses for 2017 include “Political Strategy: Power to the People or the Pundit,” “Bioinformatics: Data Mining for Health” and “Crime Scene Investigation.” Activities include volleyball, chess, a talent show and a casino night.