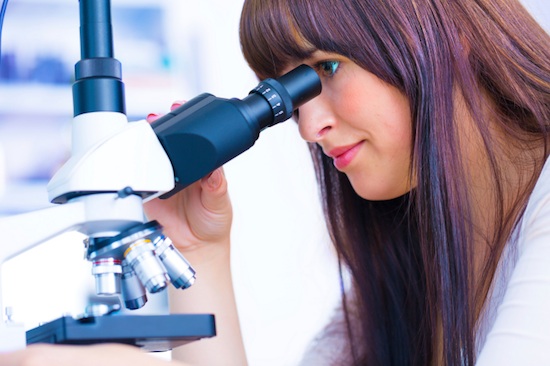 A report by the American Association of University Women, “Tech-Savvy: Educating Girls in the New Computer Age," concluded that girls are still turned off by technical careers. The study was put together through interviews with 70 middle and high school girls, an online survey of almost 900 teachers, and from the experiences of commissioned members and other women in STEM fields.

It concluded that girls have the ability to learn and use computers, but they are turned off by computer tech careers because they view them as full of geeky guys in windowless offices who toil at keyboards for hours. As a result, they are closing themselves off to high-paying jobs in the computer industry, and they’re not learning skills that could give them an advantage in any career that uses computers. It is truly everyone's job, parents and educators alike, to make sure that girls have the access they need to experiment with computers in the classroom and at home from an early age.

Reshma Saujani, founder of the organization Girls Who Code recently shared some startling statistics. “Seventy percent of all Science, Technology, Engineering & Mathematics (STEM) jobs are in computer science, and computer science is the only growing tech industry where we have seen a decline in female participation. By 2020 there will be 1.4 million jobs in computing fields, but women are on track to fill only 3 percent of those jobs. Nigeria, India, China, and Cambodia are ahead of the United States in teaching their youth to code.” She also stressed the point that all communication and information today use technology.

Last summer, out of a passion to pass on her expertise, Regina Agyare co-founded Tech Needs Girls, a mentorship and educational initiative aiming to encourage young women to pursue a career in technology. In a recent CNN article, Regina outlined five reasons why the technology world needs more geek girls:

Google recently conducted a study on women in tech careers and released the results of the study in May. The study came to the following conclusion:

While there are still many open questions related to degree follow-through and career longevity, the results of this study are very encouraging in terms of actionability. Not only do uncontrollable factors play a limited role in explaining a young woman’s decision to pursue a Computer Science degree, the controllable factors of encouragement and exposure are the largest influencers.

To ensure that these statistics change, organizations have arisen to improve and expand technical education programming for women. They include community workshops and regional networking groups designed to attract school-age girls. These five organizations are optimistic about building a community that includes first-time programmers and people shifting professional fields.

Girls Who Code aims to provide computer science education and exposure to 1 million young women by 2020. Girls Who Code has developed a new model for computer science education, pairing intensive instruction in robotics, web design, and mobile development with high-touch mentorship and exposure led by the industry’s top female engineers and entrepreneurs.

Girls in Tech is a global social network enterprise focused on the engagement, education and empowerment of like-minded, professional, intelligent and influential women in technology. Their desire and passion is to create and sustain an organization that focuses on the collaboration, promotion, growth and success of women in the technology sector.

Geek Girl was started in March of 2006 by Leslie Fishlock when she became so frustrated hearing stories of woe from bright, articulate women who did not know the basics of computers and the Internet, and had a penchant for being taken advantage of by computer gimmicks and overly anxious sales clerks. Geek Girl is for the “average wannabe geek girl”.

TechGirlz holds workshops and an entrepreneurial summer camp aimed at giving middle-school girls hands-on experience with different kinds of technology and enabling them to interact with women who have carved out successful careers in technology fields. So far, 400 girls have taken part in our workshops, which we call TechShopz, and the TechGirlz Entrepreneur Summer Camp.

Armed with statistics that girls appear to be less interested in tech careers, some brands have decided to try and do something about it:

For more than a decade, Microsoft has been working to get more girls interested in technology through a program called DigiGirlz. So the DigiGirlz are doing everything from building apps to learning entrepreneurship.

Google has a little side project called Made With Code. The effort is to help girls of the future get involved in coding—a skill that they believe will open doors.

The toy company is holding steady on its mission to create the next generation of female engineers. The viral campaign showsthat the young girls' STEM skills have created a domino effect that eventually silences their gender norm-spouting television.