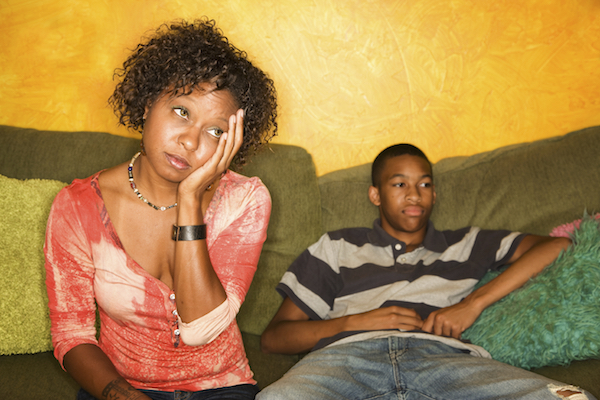 For those students who applied EA (Early Action) or ED (Early Decision) the college decisions will be arriving in December and January. Will the college offer admission or will there be disappointment? It’s a hard place to be in as a parent, and even harder for the student. As a parent, the worst you can do is dismiss the rejection, paint it as unfair, or ignore it altogether. The best strategy is to face it head on and turn a negative into a positive.

Why has college rejection become such an emotional issue?

The competition for college admissions is greater than it ever has been. Education has such great value in the marketplace. Years ago, a bachelor’s degree was enough to put you at the top of the applicant pool. In today’s job market, a college degree is almost crucial to even be considered for employment. More and more students are applying to college.

Colleges have increased their marketing efforts toward parents and students. They use words like “elite,” “prestigious,” “top-tier,” “Ivy League,” and “America’s Best Colleges” to lure students. Many colleges are struggling financially and the goal is to acquire the best students with the deepest pockets. They promise results after graduation in the form of job offers from companies who promise high salaries and benefits. It’s no wonder the pressure is on.

The parent competition these days is also fierce. It’s become almost insane the way some parents will do just about anything to get their student into one of these colleges. They will plop down huge amounts of cash, offer endowments, hire expensive college coaches, and even go so far as to hire a professional writer to author their child’s college essay. It’s often not about their child’s future, but more about their bragging rights.

How should parents handle college rejections?

When your student receives the college’s decision, you may want to try and spin it into a positive immediately. Resist that temptation. It’s upsetting to both you and your student. Allow some time to display the emotions related to the disappointment and the feelings of rejection. It’s only natural to feel them and it certainly hasn’t been the first or the last time your student will be disappointed.

Parents take these letters personally. How dare they reject MY child! Our disappointment can often overshadow the feelings of our children. Be careful and don’t project your disappointment on to your student. Students feel bad enough already; the last thing they need to feel is that they disappointed their parents by not getting accepted.

Every student reacts differently. Some might shrug it off (to your surprise) and others might see this as the end of their world as they know it.

All the truisms in the world won’t help at this moment. Hold them, hug them and let them know that you feel their pain. Don’t spout off truisms like, “It will be OK” or “You don’t want to go there if they don’t want you.” Your student needs the time to deal with disappointment and move on.

Once the time has passed and your student is able to be objective, use this as a life lesson. Say there is a college where he or she will feel wanted and accepted. Point out that life is filled with disappointments that often turn into opportunities and you never know what lies ahead on the path you might not have originally chosen. Children face disappointment and rejection throughout life and a parent’s goal should be to help them face those hurtful times with love and perspective.

Finally, pass along these inspiring words of advice from Paul Hemphill, a noted college admission counselor and an expert in marketing college-bound teens to college, who reminds high school students that many executives of major American corporations attended colleges no one has ever heard of, or dropped out, including Bill Gates and Mark Zuckerberg. He writes:

“Follow your dream and ignore the noise of a culture focused on shallow and empty distractions. And accept the hard-bitten reality (it’ll take time) that, in the end, no one really cares about your losses or wins except those who love and cherish you for who you are and what you have already achieved.”