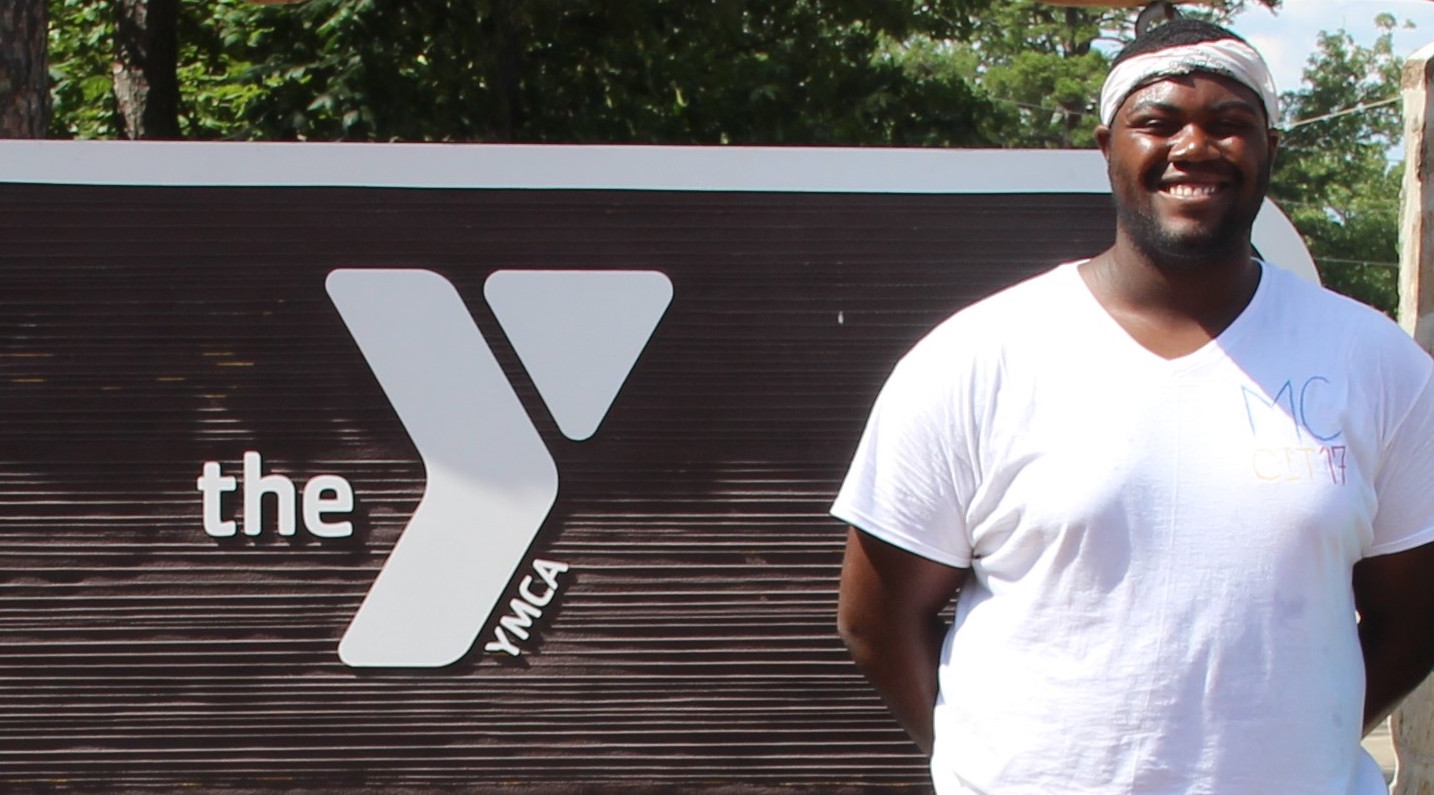 Clarence Baker spent several years at YMCA Camp Lakewood in the Ozarks and then trained to be a counselor.

Why did you choose to go to an overnight camp?

When I was 5, my parents wanted to find a safe area for me to be while they went to the gym. So they found out about the YMCA. Even though I was really nervous, the other kids welcomed me and included me. I continued to keep going with my parents because I liked how friendly everyone was to each other.

How did you decide which summer camp was right for you?

Later I went to YMCA Camp Lakewood. It was a new experience for me because I did not know anyone, and also, I was really far from home for a whole week. But I was able to adjust fairly quickly after meeting my counselors and cabin mates. Year after year, I met new people, learned about different cultures and learned more about myself and how to be around others. So I continued to go to Camp Lakewood to get away from problems and to help and learn about others from different parts of the world. I continued to stay involved in the YMCA to help others realize their potential and how much of an impact they can have on others, and also help make a positive I space in their lives.

This past summer, I started my journey to becoming a counselor at YMCA Camp Lakewood by participating in the Counselor in Training program. It is a three-week program that includes a lot of team-building and staying in cabins with campers as we shadowed the counselors. I look forward to joining the Lakewood family as a counselor next summer. I want to influence the campers the way my counselors influenced me. The first week was all about learning how to be in a cabin and all the hard work it takes to be a counselor. The next two weeks I was placed into cabins as a counselor-in-training, where I observed and helped out for a full week.

What was a typical day in your summer program or at camp?

There are four clinics a day that campers get to pick, we also have swim time, snack time and cabin time.

The most memorable moment of my summer was the first time a camper looked at me for help and I was able to help him. I will never forget the moment I became an important role model in my camper’s eyes. I also love being the loudest at campfire while screaming “MY CAMP!”

My advice for other teens looking at summer camp would be to not be afraid, crazy or different. Camp gives you the opportunity to find out who you are and find out who you want to be. You can be crazy and you can sing songs at the top of your lungs while dancing in front of a crowd and you’ll feel extremely good while doing it. The only thing holding you back is your fear.

YMCA Camp Lakewood has helped me become a better leader and be more accepting about myself. It has also help me see and understand that there are other people out there in the world like me who are autistic.

Since joining the YMCA, I’ve been making better choices in my life, such as not hanging out with bad crowds that do and/or sell drugs or commit robberies. The YMCA has also helped me understand other people’s cultures and learn more about other religions and races as well. The YMCA has kept me on a positive path to success by staying focused on school, family, friends and my future career. It also helped me learn how to manage my time better and be more organized and efficient.