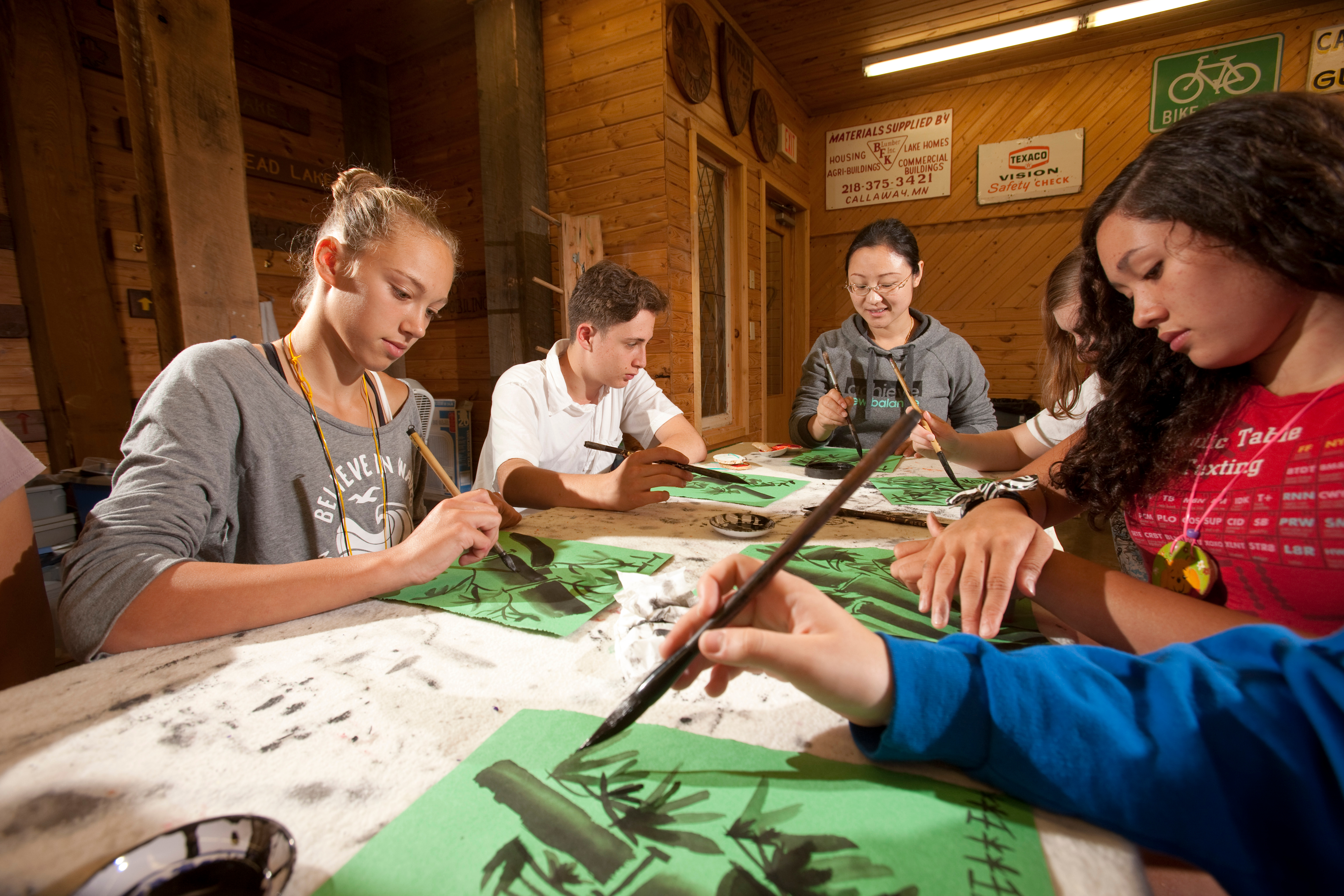 You can study language immersion and culture at Concordia Language Villages.

As anyone who has done it will tell you: learning another language isn’t easy. You have to put in effort over a long period of time when progress often seems slow. So it’s not surprising that many teens either never start (assuming they are even given the option in school) or drop it after just a year or two. Either is a mistake. Learning a foreign language is good for your brain and your future earning power. And it can be fun, especially if you go to a summer language program where you’ll meet other teens interested in becoming fluent.

Consider these reasons to learn another language:

Really. And it all comes from the way the brain is compelled to work to learn a new language. For example, memory and attention are improved by roughly 20 percent, while math skills increase on average by 12.5 percent, according to the Dana Foundation. As a result, the standardized test scores of language learners are 10 percent higher than those of their peer who don’t learn another language. But it doesn’t stop there: the increased flexibility in thinking and enhanced problem solving skills actually last throughout your lifetime.

2. Knowing another language makes you a better communicator.

It enables you to interrelate with people in other countries and/or from different cultures. The most obvious benefit comes when you travel – and not necessarily just overseas – but that is hardly the only one. Knowing another language opens up doors of interpersonal understanding and appreciation on an almost daily basis. And it can be especially fulfilling on both counts if it allows you to connect on a more profound level with your own cultural heritage.

3. The ability to communicate in a second language enhances your future earnings potential.

In today’s increasingly global job market, knowing two or more languages is a valuable asset. According to Kaplan International, people who speak a second language earn, on average, 12 percent more than those who don’t. The financial benefit of knowing certain “critical” languages, languages such as Arabic, Russian and Chinese, can be even higher.

4. Taking a foreign language looks good on a transcript for college applications.

Languages are not easy and becoming proficient in one takes commitment and persistence, two of the academic virtues that most colleges are looking for. Plenty of students take one or two years of Spanish or French in school. But the more commitment you show to a language, the better it looks on your transcript. That’s especially true for languages not commonly taught in school such as Korean, Portuguese or even Finnish, and it’s another reason to consider a summer language program.

If you are not already taking a foreign language, don’t panic. You can still start. The innate ability to learn a new language doesn’t begin to diminish until early adulthood. There is still time.

If you are already studying a language, keep it up -- not only through the rest of your high school career, but throughout college as well. Consider a summer program in a relaxed, immersive setting such as in a U.S.-based language camp. Concordia Language Villages, located in Minnesota, for example, offers one-, two- or four-week programs in 15 languages. In the four-week program, students in grades 9-12 can even earn a year of high school credit.

Nothing accelerates the effective acquisition of a foreign language more than constant, multi-sensory exposure like you would find in a summer language program. You will be surprised at how quickly you learn once you are exposed to it in all its cultural manifestations on a 24/7 basis and are literally forced to use it to communicate to non-English speakers.

Learning a foreign language isn’t easy. But anyone can do it over time and with perseverance. With all the benefits it brings, both short and long term, you’d be foolish not to try.