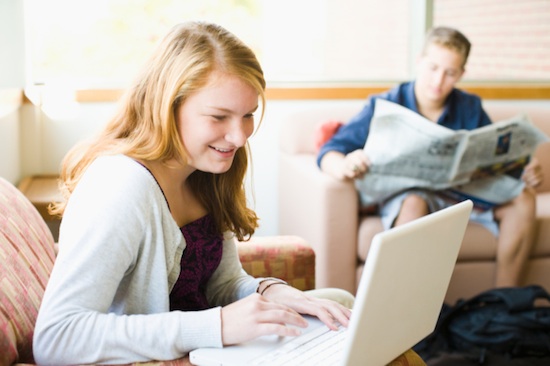 Years ago, people read a newspaper in the morning with their coffee and watched the news on television at night. Today there is almost unlimited access to news. There are whole channels devoted to news, multiple television platforms and access to tons of news sites online. With mobile devices, there is no need to ever wait for the news—it is available 24/7 in real time.

No Increase in Public Knowledge

But according to a 2007 Pew Research Center for the People and the Press, public knowledge of current events has changed very little despite the fact that there such as plethora of ways obtain the news. The study found that older Americans—particularly those 50 years and older—know more than younger people. Only 15 percent of 18-29 years olds were considered are among the” most informed” compared with 47 percent of those ages 50-64 years old. This is upsetting news considering that at 18, young people begin voting in elections. How can you vote if you do not know what is going on in the world?

A 2013 survey conducted by the website Outbrain further illustrates the problem. In August of 2013, there was a mass murder in Syria and discussion of a possible U.S. invasion. During the same month Miley Cyrus performed with Robin Thicke at the MTV music awards. It was the “twerk” seen and talked about around the world. While it would the events in Syria were far more urgent and important, less people seemed to be talking about that than about Miley. The Outbrain survey conducted in September confirmed this point, estimating that that Americans viewed 12 times as many web pages about Miley’s twerking than they did about Syria.

My 16-year-old daughter used this survey as the basis for her 10th grade action research project. The students needed to identify a problem in society today and come up with a plan to combat it. My daughter chose the issue of people, specifically teens, lacking knowledge about current events.

Once my daughter had identified and researched the problem, the next step was to find a solution. She decided to create her own website modeled after theskimm.com. Created by two friends in their 20’s, theskimm.com’s premise is simple; they read the news and then summarize the top stories for their readers. Both worked for NBC News as producers and while they have a passion for news, they realized others did not.

My daughter’s site is titled her site Current Events Abridged. Each month she would read the news from various outlets and would write a brief summary of the top 5 current events from around the world. Once someone read her summary, they could take a quick quiz to see how much info they retained.

April Leavenworth eloquently wrote in a blog post on ProLearning .com, “Sometimes when we see what’s going on in the world around us, it can change our entire perspective on life. We might want to start volunteering with Habitat for Humanity, or with an animal rescue group. Knowing how and why our world is functioning the way it is RIGHT NOW makes us a lot more knowledgeable about how we might be able to change it for the future.”

By reading or watching the news, teens can formulate their own opinions on issues and be informed voters come election time. Parents should lead by example and be up to date on current events themselves. Engaging in discussions about world news and politics at dinner or on car rides is a great way for parents and teens to connect and better understand each other.