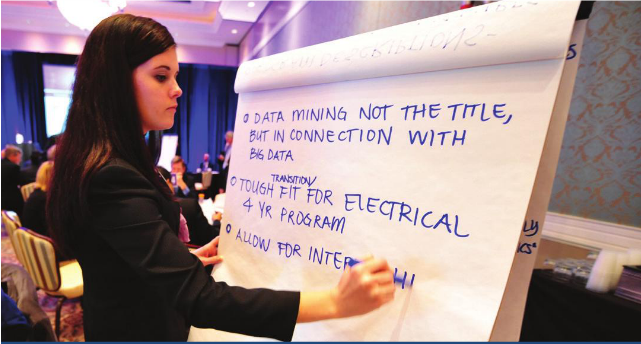 The U.S. Government is making STEM (Science, Technology, Engineering, and Mathematics) education a national priority. President Obama and the Department of Education have detailed the issues of STEM education, and have concrete goals and actions in place to fix these problems. The lack of STEM education in our country, proven by numbers, figures and data, has led to tangible initiatives to improve these areas of study. And in this country, political initiatives are backed by one very important factor: Money. Although education policy and budgeting isn’t the most interesting news to look out for, it is time to start paying attention.

The USA and STEM

Many high school and college students these days know that STEM careers are often the most successful and highest paid (doctors, engineers, scientists, etc.). In fact, in 2009 the average annual wage for STEM occupations was $77,880, compared to the U.S. average of $43,460 for non-STEM occupations (STEM Education Coalition).

Yet, the US Department of Education notes that only 16 percent of American high school seniors are proficient in math and interested in a STEM career. According to the 2012 Program for International Student Assessment (PISA) Survey, the United States was outperformed by 29 other nations in math and 22 nations in science (NPR). These results are slightly unsettling, and do not represent America’s intellectual potential. Obama is looking to change these figures through STEM education reform between now and 2020. In other words, the government is pouring hundreds of millions of dollars into STEM education.

Although America has always understood the importance of STEM, now, more than ever, is the time to take advantage of the various opportunities in our nation’s schools. The government has invested a great deal of policy and budgeting to STEM education, and you should as well. A focus on STEM in education will be better for this generation of teens, making them more employable and competitive in the global economy (see graph next page), and ultimately, make the U.S. a contender again in global education.

As the President puts it, “Leadership tomorrow depends on how we educate our students today−especially in science, technology, engineering and math” (U.S. Department of Education).

Of course, some children are better at math and science than others. It is also expected that these initiatives will not inspire all middle school students to become chemists or engineers—we will still have a myriad of writers, artists, and historians in our country. While the STEM education programs seek to guide more and more young students into STEM careers, the ultimate goal is to simply make American students more proficient at math and science, so they are closer to the global average.

The math scores of Shanghai students from the PISA Survey showed that they are “The equivalent of over two years of formal schooling ahead of those observed in Massachusetts, itself a strong-performing U.S. state” (NPR). The United States cannot continue to fall so far behind other industrialized countries—an increase in early STEM education should put American students in the race to the top.

The government is doing its part to improve education—they’re investing in teachers, school training, and hands-on learning. Parents can make a difference in how their middle and high school students learn by encouraging them to do their math homework, getting a science tutor if necessary, and trying to devote as much time as possible to facilitate knowledge of STEM. Because parents, more than anyone, want their child to succeed and play a major role in our country’s future. STEM education could be the most important step.

This program will provide competitive awards to high quality programs that recruit and train STEM educators.

This program calls on the country’s best scientists and mathematics teachers to improve STEM education. A membership of STEM educators will be formed in order for them to serve as leaders in the STEM initiative in their schools and communities.