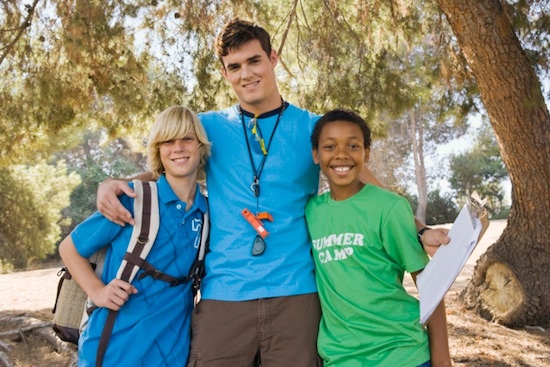 When my ten-year-old daughter begged me to go sleepaway camp, I was conflicted. I knew many people — adults and kids — that thought sleepaway camp was the greatest experience. A chance to enjoy some independence, make new friends and create wonderful memories. But selfishly, I hated the idea of her being away from home most of the summer. But ultimately, I decided to let her try it.

This past summer marked my daughter’s fifth year at the same camp. At fifteen, I know for sure that sleepaway camp was the best place for her to spend the summer.

Here is why I send my teen to summer camp.

1. The chance to get away from it all.

The school year has a lot of pressure: Academic, athletic, social. The chance to pick up and get away from everything at summer camp helps my daughter to really unwind and take a nice lengthy break. What's nice is that her camp friends don’t know her grades or her track times — she is truly away from her school year pressures and free to be herself. Although many of her classmates do summer programs that enhance their school year activities (debate camps, summer classes, sports training, etc.) for my daughter, I think it is important to spend two of the twelve months of the year relaxing and decompressing.

2. An opportunity to be anything she wants.

At home, my daughter is a strong student and a varsity track runner. At camp she still runs, but she is also an actress, a tennis player, a chef, a canoe rower, etc. She doesn't need to try out to make the team or audition for a part in her bunk skit. During the school year, every activity seems to demand a lot of time. But at camp she has the time to do whatever she wants.

At summer camp there is no need to worry about whom to invite or not to invite — everyone is invited to participate in all activities (and they don’t even have to ask their parents for a ride!).

The process of “making plans” is taken away from the teens and instead the plans are made for them.

[Browse local and overnight summer camps for your teen!]

My daughter’s summer camp, like most, has a strict no tolerance policy for drugs and alcohol for campers. Underage drinking is illegal, but it is also prevalent at many high school parties. As a parent, you cannot help but worry. But at camp the bug juice is definitely not spiked!

When my daughter talks to a friend at camp, she talks to them — not types to them. She learns how to negotiate face-to-face and work out conflicts as they arise. With sleepaway camp's strict no technology rule, she can focus on being fully present rather than worrying about her online persona and what to tweet, post, snapchat or Instagram anything about herself. The emphasis at camp is on doing things — not on letting other people know what you did.

Sometimes coming up with a daily summer plan can be stressful for teens. So, for the most part, they either hang out at someone’s house or go to a movie or grab a bite. It can be boring — and boring can lead to bad choices. At camp, there are socials, events, sports, and color war. They get to dress up and act silly. They get to have fun and isn’t that the very definition of summer?