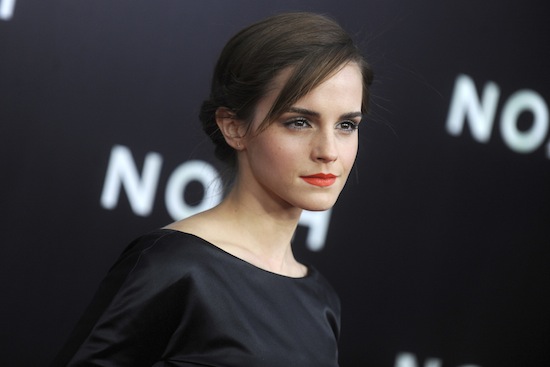 As a mother of two teenage girls, I cannot remember how many times I have watched the movies Freaky Friday or Parent Trap but my guess would be over two dozen each. My daughters and I just loved these movies, so much so that I still quote the mom (played by Jamie Lee Curtis) every morning and shout, “Make good choices!” as my girls leave for the bus. In both movies, Lindsay Lohan is just incredible and the viewer cannot help but fall in love with her.

When Lindsay Lohan started having her many troubles, I felt so sad. We watched her grow up and it was upsetting to see her stumble. The same is true with Amanda Bynes, another child/teen actress whose characters in movies and on television were so adorable and so adored. But in real life, she too seems to have a lot of issues.

Just when you think it might be impossible for child/teen stars to grow up and become role models, Emma Watson to the rescue! Watson plays one of the most wonderful teen heroines, Hermione Granger, of the Harry Potter movie series. Watson was just nine years old when she was cast in the first installment in 1999 and played the role in all seven movies. The last film was released in 2011 so she literally grew up on the screen in front of her teen fans.

Watson graduated from Brown University in Rhode Island in May 2014 and early this summer was appointed as a UN Women Goodwill Ambassador. As part of her new role, she helped launch the UN Women campaign HeForShe, with the goal of inspiring men and boys to advocate for the ending of the gender inequality that women and girls face throughout the world.

Last month, Watson gave a speech at the United Nation’s headquarters in New York City discussing feminism and it created quite a buzz. Her words inspired many, including a 15-year old boy named Ed Holtom, who wrote a letter to the Sunday Telegraph about why boys should listen to Watson’s message.

I hope that my daughters are listening too. Not just to Watson’s impassioned speech about what it means to be a feminist but to her personal actions. Watson understands the value of education and although she did take some time off, she completed her college studies and graduated.

For many people, just being an actress would be enough. But Watson wants to be more and to do more. She is not afraid to fight and speak up for what she believes in. Watson said during her speech, “You might be thinking who is this Harry Potter girl, and what is she doing up on stage at the UN? It’s a good question and trust me, I have been asking myself the same thing. I don’t know if I am qualified to be here. All I know is that I care about this problem. And I want to make it better.”

While most of the response to Watson’s speech was positive, there was some negative feedback as well. Singer Taylor Swift addressed the critics of Watson and said, "I wish when I was 12 years old, I had been able to watch a video of my favorite actress explaining in such an intellectual, beautiful poignant way the definition of feminism.” Lucky for my daughters (and my young son too), there is Emma Watson.