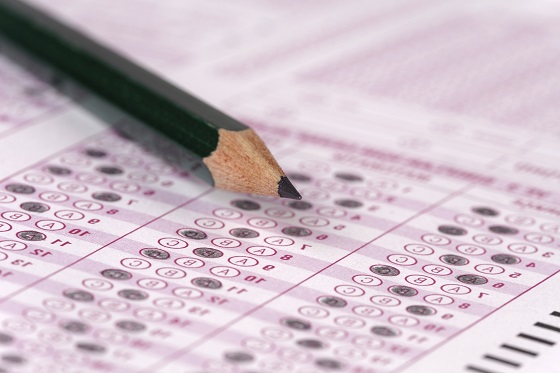 As of March 2016, the SAT is going to have a brand new format and scoring system. How will these changes affect your high school teen?

Here is what parents need to know:

Old SAT vs. New SAT - What Are the Main Differences?

The are many differences between the current SAT and the new one including:

Why Were the Changes Made?

According to the College Board website, the changes were made due to feedback they received from admissions officers, school counselors, teachers and students. College Board says the goal of the redesigned test is “to support college readiness and success for more students and to make sure that those who are prepared take full advantage of the opportunities they’ve earned through their hard work.” College Board feels that the re-designed test will “… reward productive use of classroom time and a focus on rigorous course work.”

One of the main changes to the test is eliminating the mandatory writing section and adding in an optional essay-writing component. Michael Boothroyd, Executive Director of SAT and ACT programs for Kaplan Test Prep says, “The old writing section of the SAT had been criticized due to the simple prompt and 30 minute length. Colleges felt that the writing section did not showcase analytical writing skills and they wanted to see a more robust, challenging writing assessment.We encourage students to take the Essay section as many of the schools they plan to apply to will likely require it.”

How Does the New SAT Compare to the ACT?

Some of the changes made to the SAT make it work like the ACT. Both the new SAT and the ACT have optional writing sections. The ACT does not take off points for wrong answers and neither does the new SAT.

The new SAT still does not have a science section while the ACT does. However the new SAT does take into account the importance of science and the current emphasis on the importance of STEM (science, technology, engineering and mathematics) studies. Says Boothroyd, “In the reading section of the new SAT there will be more science related passages. But the SAT tests you on less science type passages than the ACT does.”

How Will it Work For The Next Few Months?

Until March 2016, the current SAT will be available for students to take. From March 2016 on, only the new SAT will be administered. For students entering college in the Fall of 2017, colleges that require standardized testing will accept both the old and new SAT as well as the ACT.

A redesigned PSAT will be administered in October 2015 to high school juniors.

If My Teen Has Been Studying for the Current SAT, What Should He Do?

Which is Preferable to Colleges - the Old SAT, the New SAT or the ACT?

Boothroyd strongly dispels the myth that one test is superior to the other. He explains, “Every college and university accepts scores from both the SAT or ACT. The re-design of the SAT will not change this. The preferable standardized test, from a student’s perspective, is the one that best showcases a student’s academic strengths.”

Students should take practice tests of both the ACT and the SAT to determine which test is right for them. The formats differ and most students find they are more comfortable with one over the other. The new SAT is very different from the old SAT in terms of the content and types of questions. So even if a student previously decided the SAT was the better test for them, they should reevaluate the new SAT test against the ACT to confirm this is still true.

Although some colleges have decided to make standardized tests optional for admission, the vast majority of schools still require students to submit an SAT or ACT score, including almost all of the competitive ones. Boothroyd says, “Standardized tests are not going anywhere. Colleges need them as a tool when evaluating students and determine their academic strengths and where they rank amongst all the candidates applying to their school.” Exploring tutoring and test prep resources can help students find the best test for them and prepare them to get competitive scores.