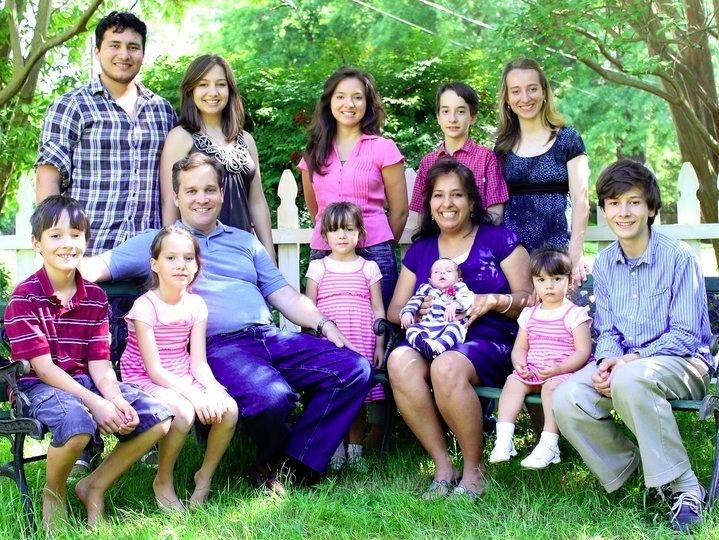 Back in the 90’s, there was a television show called Doogie Howser MD where the title character, Doogie, was a child prodigy. In the show, Doogie attends college at age 10 and is a licensed doctor by age 14. The plot seemed a little farfetched but after all, it was a TV show.

While Doogie Howser was just a fictional character, Serennah Harding is not. Serennah earned a college degree in biology at age 17 and at age 22 became the youngest female doctor in the U.S. Even more amazing, Serennah is just one of the seven children in her family that was enrolled in college by age 12.

The academic achievements of the Harding children led their parents, Mona Lisa and Kip, to write a book on their experience titled, “The Brainy Bunch: The Harding Family’s Method to College Ready by Age Twelve.”

The foundation of the Hardings’ educational approach is home schooling. Mona Lisa decided to home school their children when her oldest daughter Hannah, now 26, was in the 3rd grade. Mona Lisa says, “When the three oldest children were in elementary school (Kindergarten, 2nd and 3rd grade), my heart started to feel guilty. I felt my oldest was picking up bad habits from other children in her class. I wanted to be the biggest influence on my children during these formative years. Even though I had no teaching experience, I thought that maybe I could do a better job and so I decided to home school.”

Since then, the Hardings have homeschooled all ten of their children who range in age from 4- 26 years old. At first Mona Lisa followed a grade level curriculum for each child. But then she decided to stop trying to re-create the school dynamic in her home. She started relying less on grade level workbooks, textbooks and assignments and instead began tailoring the learning experience to each individual child.

Mona Lisa put a big emphasis on reading especially historical fiction. Kip says, “Reading early built a foundation that allowed the kids to advance quickly.” By encouraging their children to read what they were interested in and not just what the curriculum dictated, the Harding children became more motivated students.

In addition, the Hardings made sure to pursue learning beyond the classroom. Mona Lisa says, “In addition to regular school work, we encourage hands on learning and take the children on fields trips which they find very motivating.”

Finding a Passion to Pursue

The learning environment in the Harding home is not high pressure, intense, or strict. In fact, their emphasis is on how to make learning fun and enjoyable.

Kip says, “Our home school vision is to figure out what interests the individual child. We allow them to go beyond the grade level requirement of a subject instead of limiting them to what they are suppose to know in the 3rd or 4th grade.” At age 12, oldest child Hannah was academically ready to take college courses online in subjects that sparked her interest.

In addition to Serennah’s achievements, their daughter, Hannah earned a degree in Mathematics from Auburn University at age 17 and daughter Rosannah became the youngest member of the American Institute of Architects when she was 23. Their son, Heath, received his Master’s degree in computer science at the age of 17 and his brother, Keith, competed his BA in music at age 15. Seth (13) and Katrinnah (11) are both currently enrolled in college. The three youngest Harding children are being homeschooled in the same accelerated manner.

Emphasis on Learning, Not Test Scores

While a home schooling approach is not for everyone, there are ways for parents to employ the Hardings’ educational beliefs in a traditional learning environment.

Eileen Kennedy-Moore, co-author of the book Smart Parenting for Smart Kids encourages parents to feed their child’s natural curiosity. Kennedy-Moore says, “In this age of ‘teaching to the test’ and lengthy worksheet-ridden homework, I think it's more important than ever for parents to help kids see that learning is an enjoyable and satisfying life-long activity. If your child has a particular interest, do what you can to support it. For instance, if he's a baseball fan, you could take your child to a local high school or minor league game, get books about baseball, see movies about baseball, and even take a family trip to the Baseball Hall of Fame.”

For more about the Harding family and their homeschooling advice www.thebrainybunchbook.comand click on "work with us".