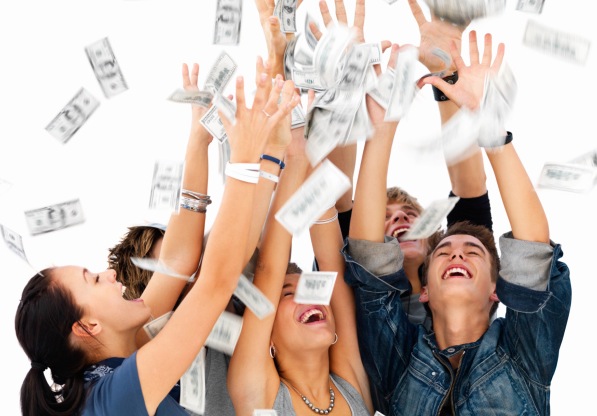 This afternoon, as I sit in the relatively dingy waiting room of Pennsylvania Station in New York, I am officially of the age of majority. It was on the clattering 2 Train under Brooklyn that the transformation truly took place at 10:28 this morning, but train stations themselves are more romantic and more applicable to metaphor.

So, what does this mean? I can vote, I must register for selective service, and the "children" price at most museums no longer applies to me (as we found out the hard way at The Cloisters yesterday). I can change my name, I can get a tattoo (in Massachusetts, at least), I can buy tobacco, I can marry, I can sign legal documents, I would be tried as an adult, I'm eligible for jury duty, I don't need a J.O.L., and any "statutory" crimes for minors no longer apply to me. But what does this mean, really? Frankly, it depends.

In today's America (at least in my America), minors can do pretty much anything legal that they want to. I've been riding the subway alone since age 12, I have held a job since freshman year, and I have been writing professionally for TeenLife since last year. I have sat in on college courses. I have learned things in high school my college-educated parents never did. I have had access to more knowledge than has ever been available on Earth through the Internet. In short, I have been very lucky, and in short, it didn't matter that I wasn't yet eighteen.

Frankly, many of my new rights don't really matter very much. Any tattoo I might consider in a hypothetical "drunken stupor" (Rob Ford reference!) would bar me instantly from an eventual Jewish cemetery. I'm not exactly itching to get married or take up smoking. I like my name, and I don't have plans to get arrested. I think I'd like Jury Duty (strange as it sounds), and the odds of a draft occurring in my lifetime -- considering how wars are fought nowadays -- is small. The museum pricing annoys me, sure, but I'll make do.

All in all, the only right I find at all thought-provoking is the right to vote. Though it has an air of "best laid plans" (Burns reference!), I have every intention to vote in every little local, state, and national election that comes up -- even if I am utterly fed up with Congress.

Why? It will be work (especially with absentee ballots from college) and it will just add to the government gridlock. But voting is still important because I can.

Whether or not you believe the U.S. to truly be the first democracy, it remains true that the American ideal of democracy remains the most defining part of our internal political discourse. While Bill O'Reilly and Rachel Maddow fling mud at each other and the enormous SuperPACs of both sides attempt to buy our vote; while two candidates have empty, repetitive debates and the news media erupts over every little development, one thing stands clearly true: We, the people, have the ultimate say.

Yes, it's true that campaign finance laws allow large groups and corporations to influence political message and dialogue. Yes, it's true that blatantly partisan action in Washington gerrymanders our communities into deformed, politically-polar districts. But it's also true that none of that matters if you do your research and cast your vote honestly and with purpose.

So, on my eighteenth birthday, as I enjoy a concrete from Shake Shack and as the pleasant announcer reads off every city on the East Coast above my head, I reflect on how this fundamental right that I hope to cherish over my years is being desecrated.

In states throughout the union, voters of certain types are being outwardly barred from the polls by powers intent on eliminating the rights of the opposition. No matter which political side this comes from, it is wrong.

Because every eighteen-year-old citizen, no matter how much money they have, what language they speak, what party they support, what race they are, where they come from, who they love, what gender they are, or where they live ("Albany, Tuscaloosa, Washington, Fredericksburg, Boston," reads the announcer) has the right to vote. Period.

And because I am of a group and in a state where, mercifully, these pernicious laws are not being proffered as necessary or legal, I will exercise my brand new right to vote as often and as purposefully as I can.