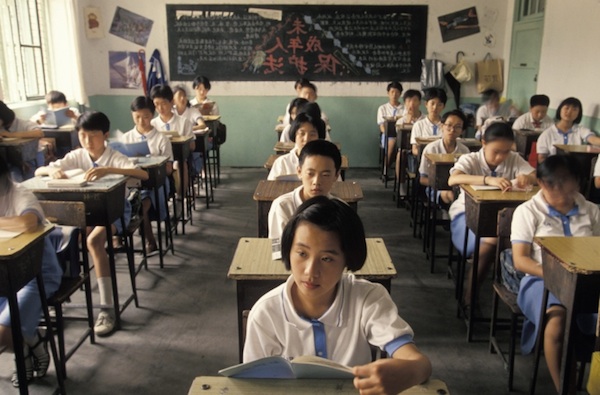 Last summer, I spent nearly two months teaching English in a rural area of China, fifty kilometers away from my hometown. My volunteer abroad story is what a past version of me would call “failure," and what I now call a learning experience.

Sometimes, you can’t get things right on the first try. For me, this lesson started much earlier. It starts with my first memory of this country, and the star-spangled U.S of A.

In my earliest memory of America, I am a dog, kneeled next to the heroine of my first school play. After arriving from China at the age of five, I had difficulty adjusting to an environment where no one spoke or looked like me. This point was only driven home when my teacher declared my English “incomprehensible” — I didn’t much understand her jumble of vowels either.

From then on, I was assigned a long string of animal-themed characters. In the lonely hours spent at school, I turned to books for companionship. Between those twin covers, I discovered a sanctuary where no one could scrutinize my accent. With each book I completed, my confidence in my abilities increased. Eventually, visiting those folded pages brought a relief akin to coming home.

Even after English became my first language, I still sympathized with those struggling to overcome language barriers. In my spare time, I searched for ways to share my experience and love of books. So in my junior year of high school (while procrastinating on my research thesis) I started organizing a book drive for disadvantaged children.

What started as a small project snowballed. An international education group recognized my efforts. Under its auspices, I traveled to China to oversee the books’ distribution. In a moment of exultation, I was even offered a volunteer position teaching English. With bright hopes, I accepted.

There was only one setback: I had no idea what awaited me.

[There are endless opportunities to teach abroad across the world. Find one today.]

Going Back to China: Teaching Abroad

If I entertained any naive preconceptions before arrival, they were soon dashed in the dust of the single paved road that led to the village. Instead of twelve uniformed students in two straight rows, I was faced with classrooms of unkempt and boisterous children.

On my first day, I was rudely jerked awake by a bell clanging outside my door before sunrise, only to fall off what felt like a concrete mattress. There I was, barely adjusted to lack of Wi-Fi or the unnerving presence of goats outside my window, expected to do what I had never done before with people I had only just met. What had started out as an adventurous search for my roots now seemed to be a lesson in poor life decisions.

Being a teacher is challenging anywhere, but especially so in Chinese villages: Work hours blur with private lives, and teachers practically raise the children who stay at school from dawn until evening. The limited resources and sweltering heat were a constant challenge but I never saw any teacher lose composure. In these grizzled village women, I recognized true poise.

Although unlikely role models, their determination brought gravitas to a profession others deigned beneath them. Just as they saved their gentle smiles and kind words for when the children needed, they knew their priorities lay with improving the young lives entrusted to them.

Despite my constant qualms about not meeting my colleague’s standards, I began to develop a symbiotic relationship with the students. Every time a child asked a rude question, I learned patience. Every time a frightened boy held onto me, it taught me to recognize his needs over my own. And when a student implored me to come teach her class, I began to realize how much my students valued my presence. Without prompting, they started calling me "laoshi,” which I knew was a title of great respect; it was the honorific given to Confucius and great philosophers of the past, not meant to be given to such an inexperienced person. But in my pupils' eyes, I had already achieved some semblance of maturity and wisdom.

For me, there was no sudden transition into that maturity, no epiphany moment. Day in and day out, I simply did one thing: my job. But I performed that duty with an awareness of the impact I could have. I went above that duty, at times, because I cared about the budding curiosity and admiration reflected in my pupils' eyes. I was no longer that bewildered young child in a new and strange land, expecting others to care for me. I was the caretaker, the one expected on to share knowledge, to be gentle and kind, to be brave and steady even in the face of thing uncertain.