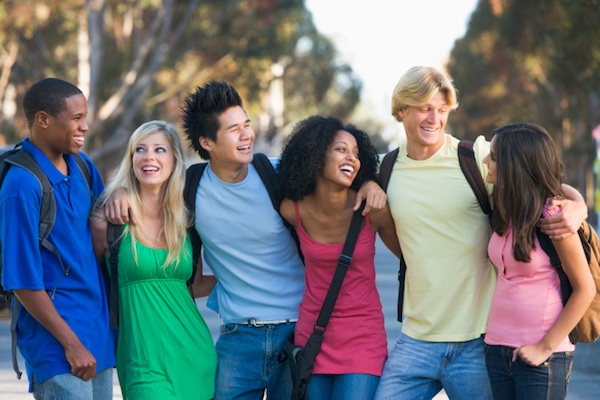 The summer of my junior year I chose to apply to a summer business course offered by a prominent university. I decided to try the course in hopes of discovering more about my own interest in business as a potential college major and future career. Up until that summer, I had taken one Entrepreneurship class at my high school, which I enjoyed immensely, but I was unsure whether I really liked the subject material. And so with that in mind, I decided to complete the short application and see what would happen.

The pre-college coursework reflected what I'd learn in college.

When I received notification that I had been accepted to this reputable pre-college program, I began to really look at what I had signed up for. The university advertised the course as the same introduction to business class that they taught their freshmen, but I was skeptical. After all, the program was only a few weeks long, and it seemed like it would be difficult to cover a semester of work in such a short period of time.

However, much of my doubt was dispelled when I was directed to order the textbook, which at roughly 900 pages, had certainly not been abbreviated for the purpose of the summer program. I decided to skim the first few chapters and just see what we might discuss on the first day of class.

Taking the campus tour is necessary.

I chose to show up a day before move-in day, so I could take the official campus tour and learn more about the school itself, as I was also planning to apply in the fall. I would highly recommend doing this, as it is interesting to see the school from a complete outsiders perspective before you live and attend classes there for several weeks. I learned that tour impressions do not always match up with the actual on-campus experience (although this will vary for everyone).

On move-in day I found that I had been assigned a single room with no roommate. Although I was not sure I really wanted to share my room, I knew that having a roommate would mean that I would have at least one friend for the first day and the summer. As it turned out, there was another guy in my suite (a grouping of 5 rooms that share a bathroom) who also had a single room and was taking the business course. I ended up with the best of both worlds—having someone to hang out with and randomly buy tons of snacks at 11:30 p.m. at night, but also having my room all to myself.

[Interested in a pre-college summer program? Search for programs by interest, area, and more.]

College academics will be more rigorous.

As for the actual schoolwork, I quickly found that it was very different from the high school class structure I was used to. The course had roughly 150 students enrolled in it, I would have a discussion section with a Teachers Assistant in the morning, and then attend lecture. While the discussion sections felt more familiar, with only 20 students and one “teacher,” there was no checking of homework, no cold calling, and no accountability for doing the work (except for a participation grade). In fact, the course was structured so that there were only 3 projects and a final exam that were graded in the end.

You need to structure your own time.

While I found this class structure freeing in that I could avoid doing busywork and focus on actually learning the material, many of my classmates struggled with their newfound freedom.

Never before had I lived in a situation where after 1:30 p.m. in the afternoon, the entire day was mine. There was no accountability for how you used your time, no one to check or even ask if you did the work for the next day, and no responsibilities or chores. It was actually difficult to find enough things to do for the first few days, and I ultimately ended up spending a lot of time hanging out with the people on the floor of my dorm.

If you take a course with a similar structure, I highly recommend finding at least one hour of the day where you can be 100% productive, and try to do almost all of your work in that time frame. For me, 6:30 - 7:30 a.m. was my most productive, as no one else was awake, nobody was posting on social media, and the dining hall was closed. Also, by doing my work in the morning, I almost never had to miss out on a social activity later in the afternoon and night.

You need to be friendly and actively create a core group of friends.

Speaking of social activity, I found that I spent 90% of my time with the same group of 15 or so people. With the amount of free time a “college experience” provides, it is important to find at least one group of people to spend time with; from going off into the surrounding area, to hanging out and snacking in dorm common rooms, to eating together in dining halls.

Because of this need to have a core group of friends, I found it extremely important to be friendly and outgoing for the first few days. Even if you are not naturally a social butterfly (I am definitely not), people make their first impressions and friends very early in such a situation, so it is invaluable to recognize that fact and act accordingly.

Confirmed my interest in business.

Ultimately my summer course had a number of important benefits, one of which was confirming my interest in business and leading me to decide to study business as an undergraduate. However, the benefits of the course were not merely academic; it was great to be able to have a temporary college experience as a high school student. Lastly, the prolonged look at the school offering the summer program is an invaluable piece of data in your college search and application process. The weeks spent living in a dorm and having a “college experience” will be strange at times, but also extremely fun!