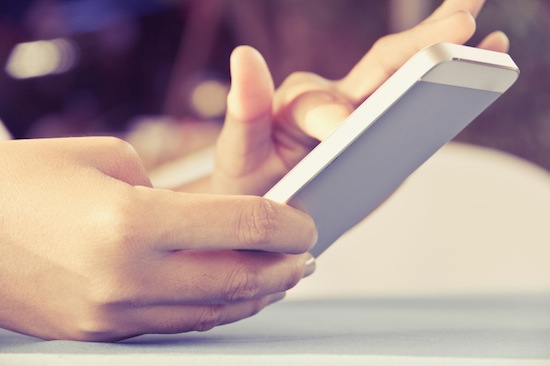 Pick up any teen’s mobile device and parents are sure to find tons of apps.

Most parents know about popular apps such as Facebook, Twitter, and Instagram. Used appropriately, these apps can be fun ways to share information and connect with friends. Many parents are “friends” with their teens on Facebook as a way of keeping tabs of their teen’s online behavior. But this may be giving parents a false sense of security about what their teen is doing online.

According to a June 2012 survey conducted by McAfee, more than 70 percent of teens hide their online behavior from their parents. Rob Zidar, one of the founders of the Internet safety company ThirdParent says, “Children and teens are very savvy when it comes to technology. Teens know their parents will want to be their friend on Facebook and so they may keep this profile clean and use other apps to engage in more inappropriate behavior.”

Since many apps can be downloaded for free, most parents have no idea exactly which apps their teens own. Especially concerning are the apps that allow teens to send pictures and text messages to total strangers in a way that parents have difficulty monitoring. Parents may think that their child is protected because many apps have age restrictions for downloads but these are not always enforced. Promises that companies police their sites for inappropriate content are also not necessarily true.

Phone Apps All Parents Should Be Aware Of

SnapChat is a popular photo-sharing service where photos disappear seconds after they are sent. While this app may seem harmless (most tweens use it to send goofy pictures to one another), the assurance of pictures being deleted in a short period of time has led some teens to use this app for cyber bullying and sexting. There is also concern because even though the premise is that the pictures vanish, screenshots can be saved.

Vine is a short video-sharing app. Again, it can be used to send fun, innocent videos but there is also a lot of pornographic material circulating on it.

Kik Messenger, Tango, Viber, Whatsapp are texting apps. Parents may think if they occasionally scroll through their teens’ text messages, they are seeing everything being communicated. But teens may be using these apps to keep conversations hidden.

Tinder, Meetme, Tagged are all “hook up” apps. These sites allow teens to view profiles and connect with people they might be interested in. Although many of these sites have safety precautions (age restrictions, rules of conduct, etc), they are not always enforced and there is no way for a user to determine if the person they are communicating with is being truthful. And on the other side of the coin, some teens actually fake their age to get matched and communicate with other uses clearly not their peers.

Ask.fm, Secret, Whisper, uMentioned, YikYak are apps that allow users to gossip anonymously. Zidar says, “These apps should be a red flag to parents. Anything a teen would say to a friend they should be willing to say to their face. The anonymity of these sites makes them ideal places for cyber bulling.”

Talking to Your Teen About Appropriate App Usage

It is important to start discussing appropriate online behavior early and often. Victoria Kempf, online safety advocate and co-founder of Screen Retriever says, “The Internet is the new clubhouse for kids—no parents allowed. Unlike a television, the Internet is not a passive form of entertainment but rather an interactive environment that allows teens to socialize 24/7 with people all around the world.”

Zidar further explains, “Teens are using social media to build a brand for themselves online. Picking on weaker people for laughs may seem like an easy way to get popular (more followers, likes, etc.) and teens may argue that the victim knows they are joking, but they don’t and feelings get hurt.

Just like parents teach a child to ride a bike or drive a car, parents need to teach their teens how to be responsible and safe online. Kempf says, “New apps are popping up everyday and parents may not be aware of the dangers on the Internet, but they need to educate themselves.”Zidar adds, “Most kids are good kids but even the good ones tend to screw up once or twice online—making racist or homophobic comments—something they might never do in person.”

Zidar is not a fan of parents prohibiting kids from having an online life as it is the current culture and a social necessity. He explains, “Parents can set limits—especially for younger kids and tweens (iPhones have parental settings to ensure underage users cannot download certain apps). For older teens, it is about staying informed about their online life and communicating what is appropriate online behavior.”

Don’t be afraid to ask a teen, “What apps do you have?” and “Why are you on this site?” One big issue for teens online is impulsivity. Encourage teens to wait before posting, texting or tweeting. Just simply asking themselves, “Do I really want this comment on my public record?” can be enough to stop a teen from making a mistake online.

By the time this blog posts, new popular teen apps will be available. What apps are your teens using that other parents should also know about?