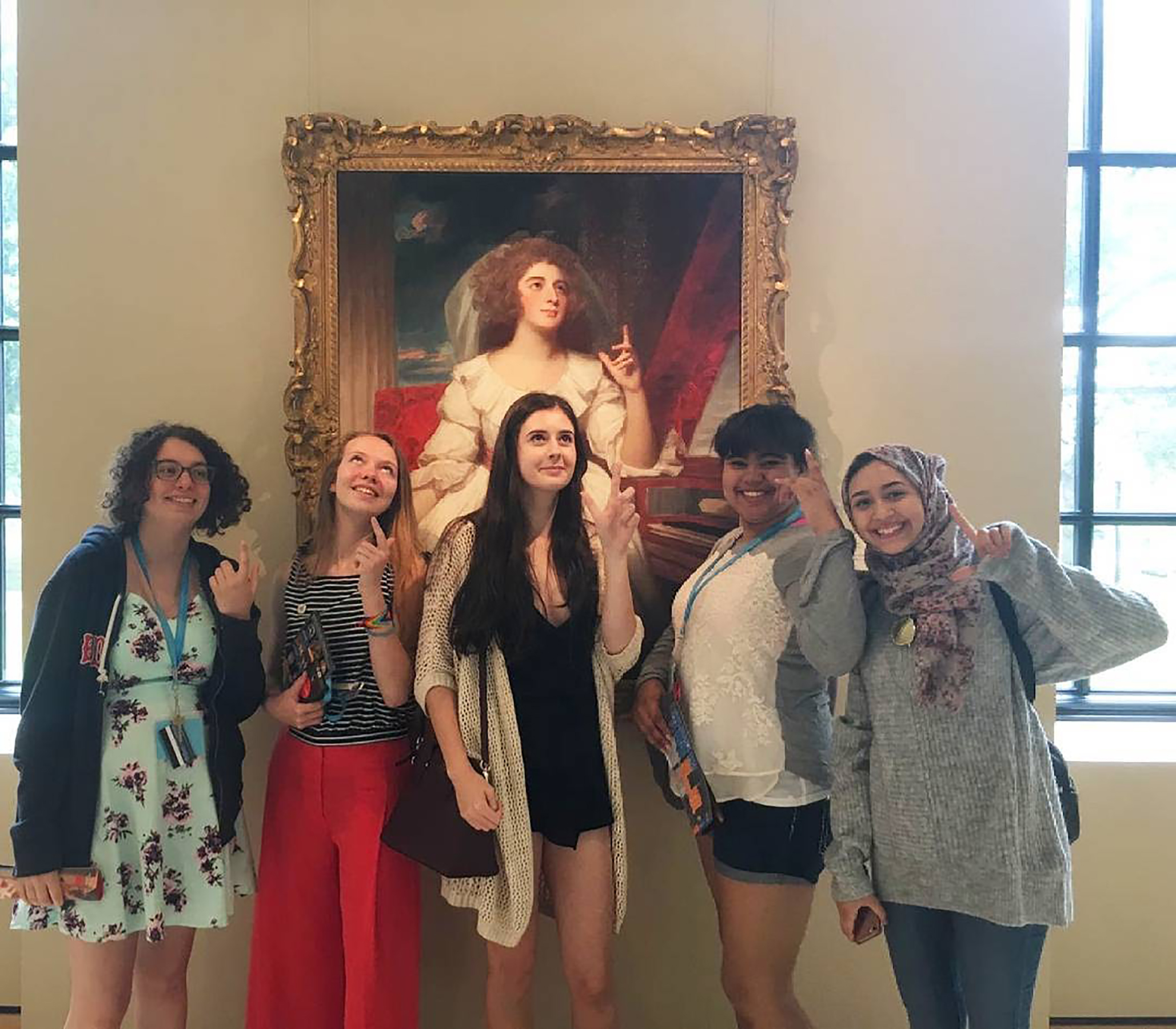 Isabella Ogbolumani was a student at Wellesley College’s Immersive Pre-College Summer Program. This is how she describes the program:

The minute I pulled up to Stone-Davis Hall and climbed out of the car, I was met with the classic Wellesley warmth. I was greeted by super nice, welcoming and accommodating people that I would come to know well: Corinne, Erin, Kady, and the amazing RA’s: KT, Abeer, Ale, Jen, Emily and Shirley.

For a while now, I have known that I want to pursue a career in politics. As a result, I have a lot of political opinions and am pretty outspoken. At my high school, people would snicker and laugh at me whenever I voiced them. At Wellesley, my statements were met with nothing but respect and kindness. I have to admit: it was nice to be around people who did not trash-talk me for liking and looking up to Hillary Clinton. In fact, they liked and looked up to her with me.

I had so much fun in my classes; I took “The Selfie in American Life” and “Intro to Women’s and Gender Studies." If I could describe the classroom environments at Wellesley in two words, I would describe them as “open” and “accepting.” There was never a time where I felt uncomfortable voicing my opinions, and I think part of this is a testament to the greatness of Wellesley’s professors.

My professors were so responsive and so interested in getting to know me as a person; for example, I spent two hours chatting with one of my professors during her office hours. That intimacy is something that one only finds at Wellesley.

The girls I met at Wellesley embody the best qualities humanity can offer; you will not find people like them anywhere else.

They are smart, beautiful, kind, considerate, and full of curiosity and a desire to learn. My best memories include staying up until 2 a.m. playing Cards Against Humanity, watching “The Bachelorette” and arguing over which guy Rachel was meant to be with, and eating Thai food (also in the middle of the night). It was even fun getting woken up in the middle of the night, three times, by the fire alarm because I got to experience it with these girls – my best friends.

When my dad picked me up at the end of my time at Wellesley, I was teary and did not want to leave. Before we even pulled out of the driveway, I wrote in the group chat, “I already miss you guys.”

I did not want to go back to high school, to the real world, after spending my summer at Wellesley. The women in my family could not have been more right when they spoke about how special Wellesley is. There is not a day that goes by that I do not communicate with my fellow Wellesley girls.

My time at Wellesley has taught me that we, as women, are smart, valuable, and more powerful than we think. It also taught me that no matter your experiences, the people you fit in with are out there somewhere, waiting for you to find them.