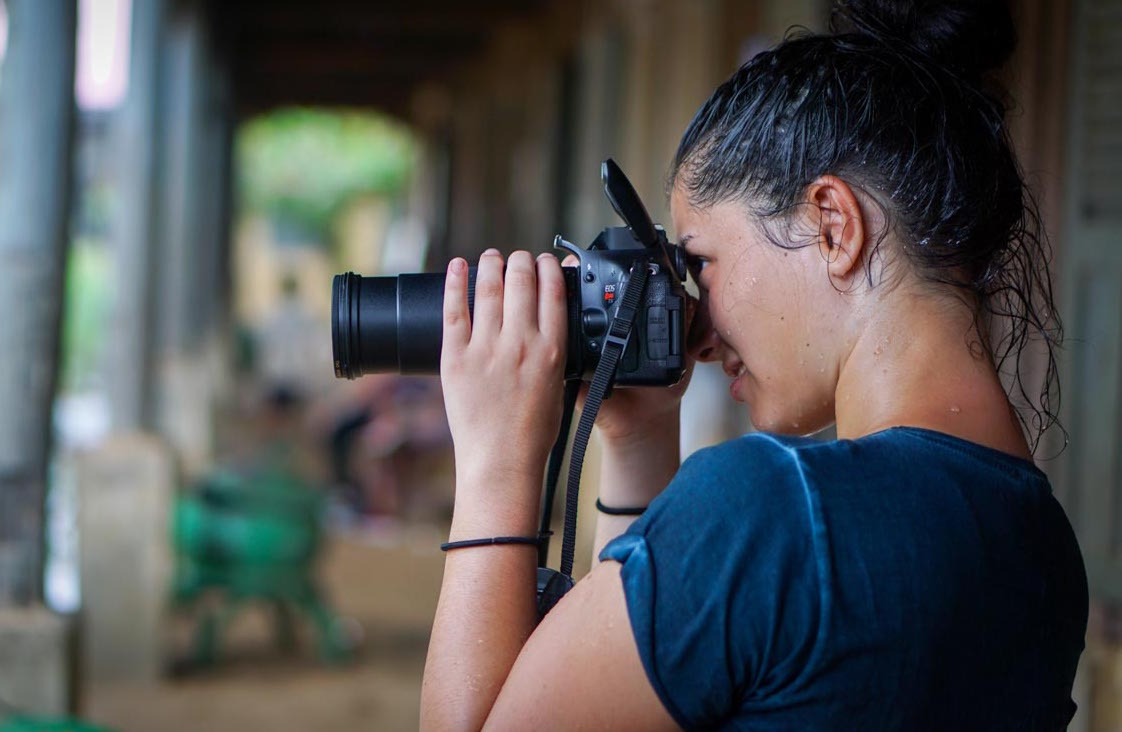 What made you pick a summer program through Visions?

VISIONS combined my favorite things – travel, learning and community service. What I love about VISIONS is that the main focus of the trip is volunteering. Although there is still plenty of time to relax and explore, serving the community is the top priority.

What was a typical day like during this program?

The weekday was structured around different worksites and projects. Every day we would choose between the different volunteering opportunities: soup kitchens, restocking food pantries, building handicap ramps for elders, repainting buildings. The schedule was very flexible and there were even more opportunities to find new work and take initiative in the community.

For example, one of our worksites was a food truck that served free meals to kids. The first day, we showed up ready to play sports and serve food to children. The only issue was that only 10 kids showed up and none of them wanted to play. Working with the director of the food truck, we created a canvassing campaign to promote the food truck service.

The VISIONS counselors were extremely accommodating and let us lead the way. We created the flyer, visited the community college to print them, and set out on a canvassing route around different neighborhoods. Walking around the streets of Browning, Montana, was an eye-opening experience. Although slightly nerve-racking, it was a great way to talk to locals and really see how people were living. Our canvassing efforts were successful and the next day about 40 kids showed up.

After work, we would head back to the ranch we lived on. Sometimes we would work on conservation projects around the ranch such as building a greywater marsh or renovating the barn. Other times we would just relax, playing frisbee, basketball, or going for a walk in the rolling plains.

What did you do besides volunteer?

Besides the work, we also attended many cultural and religious ceremonies. VISIONS has worked with the Blackfeet people for almost 30 years, allowing the VISIONS program access to community celebrations as honored old friends. Knowing so many people in the community really allowed us to fully integrate into the community and got us invited to many sacred rituals. We attended sweat lodges, the sacred Sun Dance ceremony, and multiple powwows. Many of these rituals are not accessible to outsiders, and we were only able to attend these ceremonies because the locals know and trust VISIONS. They trusted us so much that they even let us help build the Sun Dance lodge and set up the tipis needed for the ceremony.

Besides work and cultural opportunities, there was also play. On the weekends we explored Glacier National Park – camping, backpacking, hiking or swimming in freezing cold glacial lakes. We also attended North American Indian Days, a celebration of native pride. There were little shops and food trucks as well as a huge rodeo. VISIONS had an amazing work-play balance as well as exposing us to a unique culture in a way that made us a part of the community.

What did you learn through the VISIONS program?

Learning and experiencing this vibrant culture was only made possible because of VISIONS. I am so grateful to be one of the few outsiders who was able to experience it. By the end, Browning almost felt like a home – I knew my way around, could name every single restaurant and hotel, and recognized almost every face in the supermarket. I felt fully integrated into the culture and community, my outsider identity temporarily slipped away. This was my second summer with VISIONS and I was not disappointed!