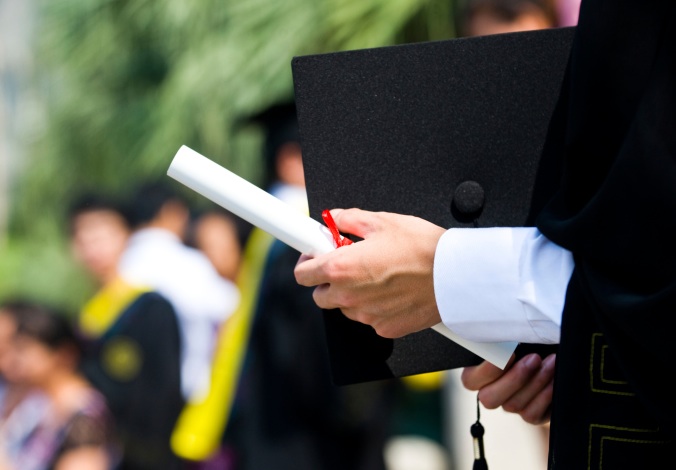 High schools have traditionally awarded the highest GPA in the senior class the honor of valedictorian. But recently, this practice has come under fire by many who claim it’s not a fair measure of excellence. The trend is to award the title of “valedictorian” to any student who has amassed a 4.0 GPA.

One high school in Oregon had 21 valedictorians, while another had 10. College admissions counselors worry that this is muddying the waters. Jim Rawlins, president of the National Association for College Admission Counseling said, “Yes, it has definitely watered things down a little bit. Definitely, the more ultra-selective universities have to be more critical and skeptical of class ranks than before.”

But should we throw out the baby with the bath water? Isn’t there something to be said for encouraging our students to be high achievers? Let’s look at the good, the bad, and the ugly of awarding a high honor to one valedictorian.

Honoring one student isn’t necessarily all that bad. As a parent, I do understand the pressure of wanting to encourage a discouraged (or untalented) child and not hurt his or her feelings. At the same time, I understand the frustration of working hard to achieve a goal only to have everyone recognized in the same way for not achieving it.

It encourages students to excel in academics.

We shouldn’t reward students who have not worked hard to achieve excellence. It minimizes and cheapens the actual accomplishment of those who actually did. It’s a simple fact in life that not everything is fair and equal. Bosses don’t reward employees for having the least amount of sales. They won’t be congratulated for showing up to work on time. If you do not do what is expected of you, you shouldn’t expect a reward for not achieving it. Having one valedictorian in a class recognizes that one student’s achievement and teaches other students to strive to be the best.

Being a valedictorian opens opportunities. Colleges award scholarships to those with that title. Selective colleges look for those who excelled academically and it’s a fact that the high school GPA does indeed matter in the admissions process.

It remains to be seen, however, if the current trend to award everyone continues, whether this title will have effect on a college’s decision to admit based on the recognition a student receives because of it.

Being a valedictorian is an accomplishment to be proud of, but it often comes at a price. Students often sacrifice their personal and social lives to focus entirely on academics. Quite simply, they lose treasured high school experiences. And often, this quest for the title begins at an early age.

In 2011, a mother, Amy Chua, wrote a book, “Battle Hymn of the Tiger Mother,” about parenting her Chinese-American daughter. In it she discusses her philosophy of parenting, stating, “What Chinese parents understand is that nothing is fun until you're good at it. To get good at anything you have to work, and children on their own never want to work, which is why it is crucial to override their preferences.” As you can imagine, her book received backlash from parents who felt she was abusing her children.

Chua and her fans may find the paper surprising. The kids of strict tiger parents had lower grades, were more troubled emotionally and were more estranged from their families than kids whose parents were what Kim categorizes as “supportive” and “easygoing.”

Competition and rivalry become more important than the pursuit.

Imagine introducing your toddler to academic competition. It’s not so uncommon in elite households in the United States—children going to private, competitive preschools. In many instances, the children are pitted against one another as toddlers to vie for the coveting spots in these prestigious preschools. The premise being that these schools prepare them for college prep schools, enabling them to get into the best colleges and secure the best jobs.

But Japan has taken it to a whole other level, arguing that success in life is strongly determined by education. In 1996, the New York Times published a piece about what Japanese call “cram schools”:

These days, to be a tiny tot in many Japanese families is not to play leisurely on swings and seesaws, but to spend hours at desks in classrooms memorizing stories, learning homonyms, making calendars, putting colored chips in sequences, taking achievement tests and walking on balance beams—all before a child is 4.

Students vying for this honor are so intense about their grades that they avoid more creative courses like art and photography where the grading can be subjecting and a B could ruin their chances of gaining the top spot.

The measuring apparatus is debatable.

There have been conflicts about how to measure the transcripts of transfer students who come from schools with different grading systems. In a handful of cases, the zeal for valedictorian honors has led to lawsuits over the method used to determine the rank.

Many students now take classes online, or transfer from other districts or states, making it increasingly difficult to decide how to weight grades to determine a fair class rank. Some students are homeschooled and transfer, complicating the data collection to determine the top spot.

If all these factors aren’t enough to make you question whether or not it’s time to retire the valedictorian title, you might consider the highly stressful lifestyle that teens take on when they are vying for this award. Most students complain of lack of sleep, stressful school days, and even depression related to any slip in their grades.

Jan Brogan, a correspondent for the Boston Globe and parent of a valedictorian, relates her own experience in a recent article:

By the time my daughter Lannie was 12, I was buying her books about the dangers of perfectionism. By 14, she was working herself into what would become annual bouts of exhaustion that mimicked mono. Two months after she made her valedictorian speech, she was hospitalized for an eating disorder.

As parents, we can’t help wanting our children to succeed — whether it’s academics or sports or music. When it became clear to my husband and me that Lannie was a contender to be valedictorian, we wanted her to reach her goal, but parents need to be careful what they wish for. Being best is not always best.

Examining the Facts and Making a Decision

As with all aspects of life, extremes reflect badly on the overall concept. Are valedictorians an evil institution, bent on destroying our kids? No. But there is something to be said for the amount of pressure kids are under today to succeed.

The competition for college admission is fierce; so fierce that parents are grooming their kids in grade school for the college path. We have forgotten that a child’s life is fleeting and adulthood comes all too quickly. The days of being a kid and doing childish things have been replaced with cartoons that educate, games that teach, and math camps instead of fun summer camps with campfires, nature hikes and canoeing on the lake.

Conversely, what are we communicating to our children when everyone wins? Is it fair to them to perpetuate the notion that in life it doesn’t matter if you excel; you’re going to be rewarded in spite of your lack of effort? Because unfortunately, that is not how life works.

There should be some sort of balance: encourage excellence and teach them that when you excel you will be rewarded; but allow kids to be kids. There’s plenty of time for them to become successful as adults.

Some of my best memories are building forts in the dessert, playing tag on the school playground, and staying up in the summer watching the stars from our front lawn. There was nothing educational in any of it, just good times and the best parts of childhood.