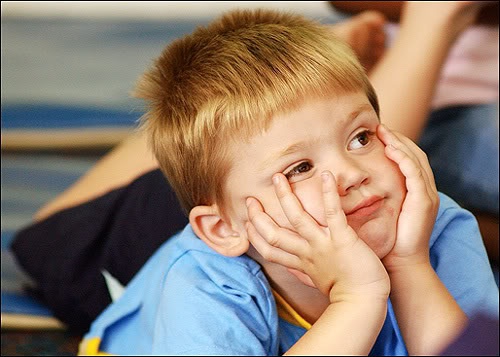 I recently had the opportunity to hear an eye-opening speech by Aaron Levinger, a young man with Asperger’s Syndrome (AS) who was diagnosed in middle school and speaks to school audiences about his experience.

While most of us have heard of Asperger’s, many are unsure of what exactly defines AS. Asperger’s Syndrome is a neurological disorder on the autism spectrum that affects many areas of development. Symptoms vary and range in intensity but often include difficulties with social communication, sensory sensitivities, poor motor coordination, and intense interest in and knowledge of certain – andsometimes unusual – subjects.

When You've Met One Person With AS...

Here is a snapshot of what AS is like for Aaron:

A – Always Means Well: I don’t mean to be rude when I do thing that are considered annoying to people without AS

S – Special Interest: Game shows are my special interest – ask me anything about any of them

P – People Seem Strange to Me: I don’t completely understand how people without AS think

E – Ears Hurt When Things are Loud: That’s my sensitivity, for other with AS it could be light, smell, taste…

G – Gets Mad When Routines Aren’t Followed: I have an internal schedule I must follow

E – Every Day Tries Very Hard: I would fall asleep after school because getting through a day was harder for me than most people

R – Remembers Things Very Well: I retain text so well that I can frequently quote passages from books I have read

S – Social Rules are Hard: I have a hard time adjusting to expectations

Most of us know people with the disorder. You may have heard that singer Susan Boyle and actors Daryl Hannah and Dan Aykroyd have been diagnosed with AS. Then there are famous contemporary figures who are suspected to have AS including Microsoft founder Bill Gates and Facebook founder Mark Zuckerberg as well as famous figures from history including Abraham Lincoln, Henry Thoreau, and Charles Schultz.

In this era of valuing diversity, not only is it important for us to understand what people with AS experience, but also to appreciate the important contributions to society they make. In fact, I recently heard of a venture capital fund that only invests in companies founded by people with Asperger’s.