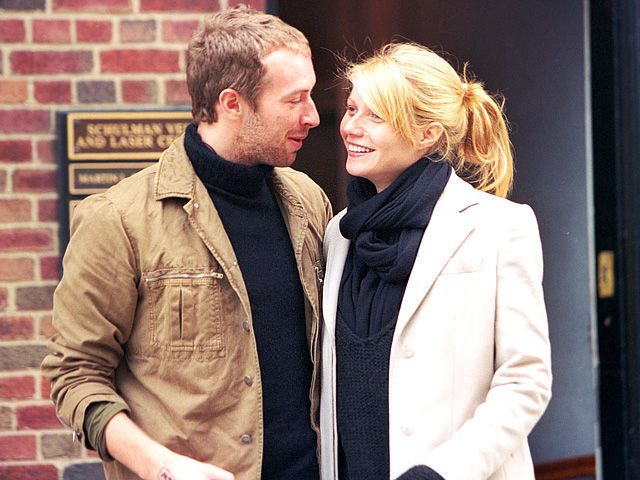 There is a line from Pat Barone’s divorce settlement agreement that goes like this: The parties have agreed to emotionally and spiritually support each other’s future lives and endeavors and to show respect for each other and their 23-year marriage.

In many ways Barone’s divorce decree is like most documents dissolving a marriage—outlining division of assets, custody arrangements for children, and the like— but with a very loving twist. Barone, a professional coach from Wisconsin, refers to it as “happy divorce.” Gwyneth Paltrow and Chris Martin call their version "conscious uncoupling”—to much derision.

The philosophy is surrounded by this notion: the dissolution of a marriage is not a failure but rather an opportunity for learning—a perhaps painful, but precious steppingstone to growth. It’s a reimagining of divorce, marked by good will, generosity, and respect for one another. And it’s framed by an acknowledgment that because people live far longer than they once did, it’s unrealistic to presume a relationship will endure for 30, 40 or 50 years.

As Paltrow’s guru Habib Sadeghi and his wife Sherry Sami explained on Paltrow’s website, Goop.com, “There are no bad guys, just two people, each playing teacher and student respectively. When we understand that both are actually partners in each other’s spiritual progress, animosity dissolves much quicker and a new paradigm for conscious uncoupling emerges, replacing the traditional, contentious divorce.”

It’s predicted that somewhere between 40 and 50 percent of American marriages will end in divorce and many will leave financial and emotional devastation in their wake. While research is all over the map about the long-term effects of divorce on children, most experts agree that the immediate impact can be mitigated if parents split in a thoughtful, amicable way. In the past decade or so, there has been a growing movement of people trying to take the “contentious” out of divorce and post-divorce life.

Barone had been coaching individuals and couples through happy divorces since 2005, before splitting from her husband a year ago. And she practices what she preaches. “I had a 23-year marriage. I will always honor my marriage. It gave me the opportunity to grow, learn about myself, develop a family and partnership,” says Barone. “Appreciating the relationship—no matter how long it was—for all of the good things is so much more productive than blaming.”

Lingering on what went wrong and pointing the finger at your ex slows down the process of getting to the next stage, explains Barone. “If you are proactive about moving on, you’re more likely to be honest with yourself and your part in what happened,” she notes. “The minute the other guy is the bad guy, there is no place for growth or self examination. You’ll go out and pick the same person again.”

It’s also important to remember that your ex may have let you down as a romantic partner, but still has other admirable qualities. “People will be disappointed in their romantic life and then tear down their former spouse as a parent,” says Barone. She’s careful about how she speaks to her ex-husband and about him, even to the point of being a little overprotective, she admits. “It was surprising how many people wanted me to badmouth him,” she recalls.

Brenda Fredericks Marino, a sixth grade teacher from Long Island, is proud of the post-divorce relationship she’s forged with her ex Tony, whom she split from a year and a half ago after 21 years of marriage. In fact, they are so amicable, he recently moved into the first floor apartment of her house. They share a kitchen, regular dinners with their 16-year-old son Jeremy, and a commitment to nurture their kids—daughter Hailey just finished her freshman year of college—together. “We’re partners for life, no matter what form it shows up,” says Marino, whose approach to her ex has come through a lot of spiritual and emotional work, as well as yoga. “What’s important to me is that we’re communicating, running a house together, and parenting together.”

They both are in romantic relationships with other people, but are careful to respect boundaries. When one of their new partners spends the night, they give each other fair warning so they can make themselves scarce.

The Kids Are Alright

In addition to the couple themselves, their children are huge beneficiaries of these alternative ways of divorcing, say Paltrow’s advisors Sadeghi and Sami. “It’s only under these circumstances that loving co-parenting can happen. It’s conscious uncoupling that prevents families from being broken by divorce and creates expanded families that continue to function in a healthy way outside of traditional marriage,” they wrote on Paltrow’s website.

While divorce has historically been viewed as a tragic breakdown of the traditional family structure, advocates of conscious uncoupling believe that what will grow in its place can be sustaining and healthful for the children, albeit a bit more complicated.

This article was originally published in Life with Teens Magazine Summer 2014. Read the entire issue here!