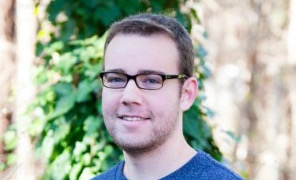 Michael Krakower attended two years of college before signing up for the UnCollege Gap Year.

When I joined the UnCollege Gap Year program after a couple of years in college, I had every intention of returning to school when the program was over. I always liked school – and still do – but I had growing entrepreneurial ambitions, and eventually I hit a point where I felt my academic studies weren’t going to be any help to me in bringing any potential venture to fruition. I wanted experience. I wanted perspective. I wanted the opportunity to succeed or fail in a meaningful way – more meaningful, at least, than merely what could be reflected on an official transcript.

And in the Gap Year program, I got exactly that. I started a business, and in the process I realized that it was much more difficult than I had ever imagined. I went to Southeast Asia for what Gap Year calls the Voyage Phase, and I had the chance to explore and integrate into the community there for more than two months.

With the support of my UnCollege coach, I landed an internship at a startup accelerator, and I learned more about the day-to-day challenges of starting a new business than I ever could have in business school. Gap Year supported me as I stretched and put myself in uncomfortable situations, and it was in these situations that I had to engage, had to learn, and had to grow.

When my Gap Year was over, I found myself uncharacteristically excited to go back to school. With a little real-world perspective under my belt, I couldn’t wait to get back into the classroom, reading challenging books and having hard conversations with people smarter than myself. After Gap Year I was more curious and more engaged than I had been just nine months before. I had a newfound appreciation for what a college education could be and how I could get the most out of it. I did a lot of growing up, no doubt about it. I can’t say I’d be where I am now had I not taken the time to put school on hold and make exploration and discovery my priority for a little while.