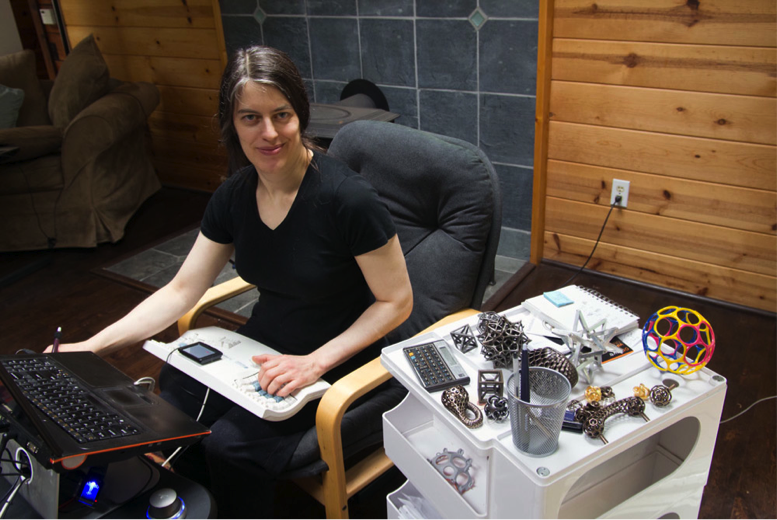 Along with students and businesses, artists also find insipration in science.

Sculptor Rebecca Kamen was motivated by the work of 19th Century Spaniard Santiago Ramón y Cajal, the father of modern neuroscience. The scientist’s drawings of the human retina launched the artist’s sculpture series, her three-month residency at the National Institute of Health, and trip to Madrid to conduct research in Cajal’s archives.

While studying mathematics at Yale University, Bathsheba Grossman dabbled in a few art classes. A visit to the studio of geometric sculptor Erwin Hauer in her senior year of college launched her on her own career as a sculptor. Grossman uses computer-aided design, three-dimensional modeling, and metal printing technology to produce sculptures in bronze and stainless steel.

In her article in The Atlantic, “STEM Needs a New Letter,” Jessica Lahey explains her father’s view of his success as an industrial designer, "[He] claims that the seeds of his career were sown during the hundreds of hours he spent building soapbox derby cards with his dad.” Lahey also shares her dad’s wisdom that supports the new rallying cry for STEAM, writing, “Creativity alone does not foster innovation, nor do abstract scientific or mathematical concepts. Innovators also need to know how to render those creative ideas into working products that can be put into use.”

As high school and college students think ahead to career choices, they no longer need to decide between left and right brain pursuits. Instead they should revel in the knowledge that developing skills in both will prepare them to solve 21st century challenges.