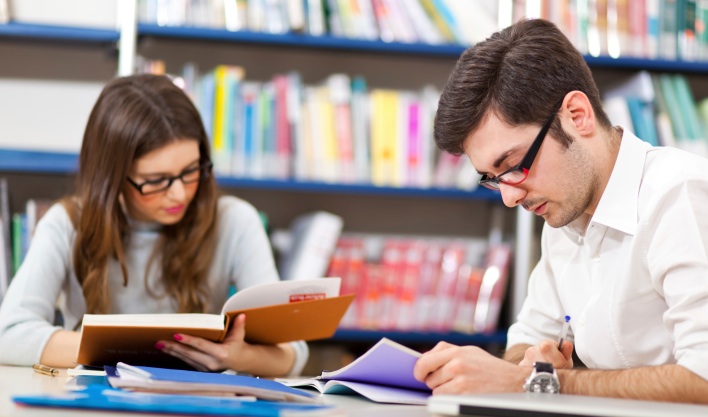 Finals week is approaching here in high school, and if your mind can survive it, then your dominant hand surely will too—though after a long essay and two open responses, you may not be so sure!

Believe it or not, finals don’t have to be so daunting. With five simple tips, any student, from the studious, 4.0 GPA wonder to the ceaseless procrastinator to, well, me, can triumph over the evil that is finals week and emerge victorious for the next two months until school begins once again.

Those of you familiar with the Harry Potter series might remember a moment in The Goblet of Fire in which Harry is agonizing over how to succeed in the first task. He bemoans his lack of a broom—a major strength of his—to his mentor, who replies simply: “You have a wand.”

Now I don’t go to Hogwarts and odds are you don’t either. But while we may not have a wand, teachers usually give some form of lifeline on the exam. My chemistry final allowed me two notecards (one from each semester), which you can bet were filled up right to the edge. My history teacher allowed us to outline the three possible essay topics on a three-by-five index card as well. My math teacher told us which formulae we would be given—the ones we wouldn’t need to study!

In any case, no matter what you have to work with, work with it! Anything can be a valuable asset, depending on how it is used. And even if you get absolutely nothing, don’t despair, Manatees have big money kept in banks.

2. Don’t give in to the Mnemonic Plague

Now that you’re thoroughly confused, I’ll show you that “Manatees Have Big Money Kept In Banks” is in fact a mnemonic for Memorizing Helps, But Knowing Is Better. This is, of course, all to show you that it can be very easy to fall into the trap of what I call the Mnemonic Plague: When the studying tools become more complicated than the material itself. With the effort put into memorizing the mnemonic “King Phillip Came Over For Great Spaghetti,” you can just as easily commit to memory it’s actual representation: Kingdom, Phylum, Class, Order, Family, Genus, Species — the classification of life.

Sometimes it’s time to stop studying and start learning. This “mnemonic plague”—and its related disease “Color Coded-itis” (in which the organization system for your notecards becomes so sophisticated as to require its own notecard)—are indeed very dangerous forms of procrastination. High schoolers’ study habits can actually overshadow and obscure the material to be studied.

It can be all too easy for a student to become so wrapped up in what they think they need to study for finals that they lose track of what they’ve actually learned that year. You need to calm down while studying and realize that none of the material will come out of the blue.

[Having trouble studying on your own? Tutoring and test prep can help you immensely.]

Yes it’s a cliché, but it’s very necessary. It may seem futile to try to take a moment to cool your jets when you still have two-hundred-fifty terms to memorize and an essay to outline and a problem set to solve and...Stop. Breathe. Take a moment to realize, rationally, that there’s a good chance you already know most of what you’re studying.

Anxiety itself can be detrimental. Test anxiety can be worse. In a September, 2009, article in Principal Leadership Magazine (published by the National Association of School Psychologists) titled “Test and Performance Anxiety,” Professor Thomas J. Huberty of Indiana University writes that, “When test anxiety is severe, it can have significant negative effects on a student’s ability to perform at an optimal level” on examinations. In fact, Professor Huberty says that while “most adolescents cope with these [testing and public speaking] situations well...there is a subset of up to 30 percent of students who experience severe...‘test anxiety’.” And this anxiety needs to be remedied, especially during finals.

In fact, my school, throughout the years, has found break time so valuable that, after a few of the exams, the Parent Organization was ready with a spread of popcorn, cookies, bean bags, ping-pong, foosball, and a yoga workshop to help students relax. Now I know that these things are a privilege to have, so even if they are not provided, try to find a place you can relax without distractions like TV. A place to be calm and study provides a great place for students, including myself, to wind down after two-and-a-half hours of bubbling Scantrons and praying our pencils didn’t break.

To that last point, and as any boy scout will know, it is immensely important to have all physical supplies ready and waiting for any situation, especially during final exams. There is so much intellectual worry going into these tests (calm down, by the way) that the last thing a student needs is to worry about their actual supplies.

I very rarely run into that problem. In fact, during our mid-year exams earlier this year, my Chemistry teacher joked, “Think you have enough pencils, Evan?”

I had brought eight of them.

Maybe that number is a little high, but I always like to have anything I might need on an exam: Pencils, pens, my notecard (if I’m allowed one), the right type of calculator (either graphing or scientific), with extra batteries of course; basically every object that might be used during a major test.

Funnily enough, my Chemistry teacher borrowed one of my pencils to do her work during last week’s final exams, another reason why preparation is key.

Only you know what’s best for you. And while it may seem like this blogger is phoning in the final tip, this one is where the student enters the equation. If you study better listening to music, then crank up the tunes. If you know that flashcards don’t work but mnemonics do, then Green Marbles Soar Upwards, or Go Make Some Up! But no matter what, realize that no one else can study this for you: It’s up to you to figure out what works and conquer that test!