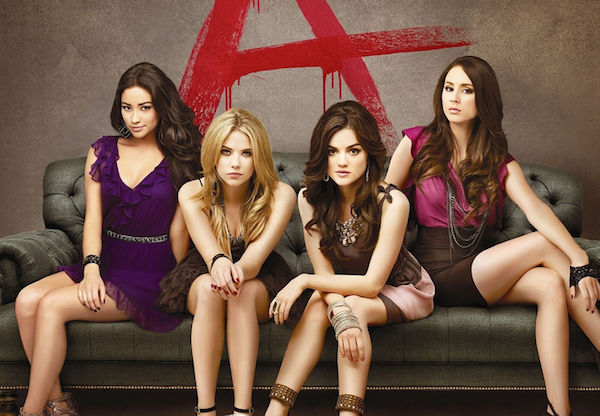 The perfect qualities of a teenage TV show are one of a kind—or at least they would have appalled the literary classic authors you’re dedicatedly skimming for summer reading. Always filled with suspense, humor, and at least one person hammered on the ol’ amber nectar, teenage television is a requisite guilty pleasure. Its charm, which is only at times drowned by copious amounts of angst (I’m looking at you Arrow), is the perfect place to pass a day on vacation while learning all the trite lessons a coming-of-age story has to offer. To help get rid of that summer boredom, here are the 10 Top Teen TV shows of all time—mind the alliteration, it might help with that next poetry report you’ve been assigned. If any of these are on your Netflix queue, it’s time to move them up!

Skins tells the story of a group of rebellious teens living across the Pond. There’s a lot about this series that makes it a competent piece: With Slumdog Millionaire’s Dev Patel, the casting is spot-on, the acting quite good, and the playlist is fun to listen to. But Skins isn’t about just that: this one sticks out because it gives teenage viewers something they can relate to. No matter how far-fetched the scenarios seem, at each episode’s core is the universal tale of the peaks and pits of puberty. Every season one watcher can admit they wanted to be as confident as Tony—just without the sociopathic tendencies. Overall, this series manages to balance serious issues, from eating disorders to sexuality with the silly and comedic. Definitely not a show for the open-minded to miss.

It is a testament to Friday Night Light’s earnest charm that its season finale felt like leaving old friends behind. This show chronicles the journey of a small town’s high school football team and the hope it gives them, their friends, and family. Even for those not interested in sports, this show is almost impossible to hate: the only time you might get close is when you find yourself unable to stop quoting Coach Taylor in the next couple weeks.

While Friday Night Lights is a drama, it’s far from your usual melee of dating woes. Instead, the show discusses some serious issues, like race and mental disorders, through the viewpoints of its characters, with enough sophistication to keep it from ham-fisted melodrama. You’ll end up wishing—and almost believing—that Dillon, Texas exists somewhere, within a tiny town full of big hearts.

Although this writer would never admit this aloud, MTV has (finally) done something right. Its latest teen comedy show, Awkward, is possibly the funniest show on air today, its writers hitting line after line with at times cynical, at times uplifting, but always honest humor. While Friday Night Lights covers the male high school hierarchy, Awkward treats us to the world of an unpopular 15-year-old girl, Jenna Hamilton, who gains immediate, yet unwanted popularity when an injury is mistaken for a suicide attempt. But Jenna is determined to turn this less-than ideal reality into her fantasy.

If you liked Emma Stone’s performance in Easy A, you’ll no doubt appreciate this side-stitching comedy.

Don’t let its kitsch title fool you: Buffy is one of the true originals of Teen TV, created by Joss Whedon of Avengers fame. Hardly the harmless pretty blond she appears to be, our heroine provides much of the show's endlessly entertaining fare. While the term “vampire slayer” may suggest a lot of low-budget monster hunts, you’ll be surprised to find that vampires play a small part in what the show stands for. Instead, Buffy the Vampire Slayer lays out the story of what it’s like to be a young person growing up – all while trying to save the world from destruction. For fans of vampire franchises, there’s still plenty of action to be found here, but with much less of the sparkly romance that mark recent attempts in the genre.

Combining the best of our favorite childhood detectives and the darker intrigue of teen television, Veronica Mars brings a fresh take on the generic formula of modern crime investigation TV. The overarching mystery here is the murder of Veronica’s best friend, and its lasting effects: our heroine is forced to investigate on the low, leading the life of high-school student by day, and private investigator by night. In a whirlwind of fantastic neo-noir storytelling, this show will suck you in, no questions asked.

Although cut short after its second season, the show still has dedicated fans—so much so that they financed the creation of a film adaption this year. Its crowd-sourced Kickstarter boasts the all-time highest number of backers: nearly a hundred thousand pledged over five million dollars to fund a re-union movie. If that doesn’t say enough on how amazing this show is, you’ll only need to watch the first couple episodes to find out.

If you’re planning to get something done today, sometime this week, or even this month, Pretty Little Liars is not the show for you. But if you’re suffering withdrawal from your favorite drama this summer like the rest of us, there’s little more entertaining that being drawn into Pretty Little Liar’s world of scheming, murder, and blackmail. Ultimately about a clique of teenage girls, this show shows us what happens when all four band together to investigate the disappearance of their friend, and to uncover the identity of a mysterious ‘A’ who threatens to reveal their darker secrets. Each episode’s cliffhanger ending keeps viewers guessing, crowning this TV show as the most tweeted about in history.

For what the plot lacks in subtlety, it makes up for in heavy suspense that puts viewers on the edge of their seat each week, coming back for more.

For those seeking a bit more action, suspense, and mystery, here’s one that serves all three on a golden platter. Supernatural tells the story of two brothers, Sam and Dean, who are raised by their father to hunt a variety of supernatural beings. The first season is composed almost entirely of episodic arcs: each week focuses on a different story of paranormal phenomena.

The show’s major theme is about family, and the heart of the story lies in the brothers’ crusade to defeat the demon that murdered their mother. While our intrepid heroes sort through their past and future, this dark urban fantasy never fails to weave a story with proper style. The at-times frightening myths and shadows this show introduces will pull you in and grab your attention—and it might not let you go.

The best mother-daughter relationship to ever grace our TV screens, the Gilmore pair have sparked our sympathy, laughter, and appreciation from first season to last. Lorelei Gilmore is a single mother in her early thirties raising her daughter, Rory, on her own. The show focuses much on the heartwarming bond between the two characters, helped along by the amazing on-screen chemistry the lead actresses share. While there’s plenty of drama to go around, it never feels forced—instead, watchers become more engrossed in the colorful, eccentric town the narrative paints for us. Gilmore Girls provides thoughtful insight into the relationships of its characters and its watchers, fuelled by much coffee, witty repartee, and pop culture references that fail to grow old.

This show answers the age-old question that we’ve been dying to know the answer to, but never knew: What happens when a group of juvenile delinquents get superpowers?

After a freak storm hits the town, five young offenders find themselves with much more than they bargained for—and it makes the next twelve weeks of community service anything but boring. As Misfits is a British TV show, viewers should expect more offensive language and eccentricity than the usual fare, but the characters are every bit as endearing as they are foul: with a cast comprised of a disgraced track star, a sexaholic, quiet kid, snarky, and perpetually angry Vicky Pollard, these five teens are the most unlikely of heroes. And yet the changes they experience form a frighteningly accurate metaphor for what puberty is like—and who can’t relate to that?

Misfits will have you laughing, speechless, and hopelessly amused, all in the course of one episode.

While this show was not created to target teens, it shares an aspect of life that anyone in his or her late teens can relate to. Friends is not exactly a mysterious title for a TV show: it documents the lives of six friends in their twenties who love each other like family.

For those reaching a level of independence where they start choosing this second “family” for themselves, Friends shares a universal experience. It gives us all something to laugh about, but more importantly, something to identify with. If this TV show is older than you are, don’t let that fact get in the way of your enjoyment: While it’s been two decades since the pilot first aired, there is a reason that Friends is a modern classic. It is perhaps the best sit-com to air, and there’s never been anything quite like it since.

Don’t see your favorite show listed here? Go down to the comments and let us know what we’re missing out on!