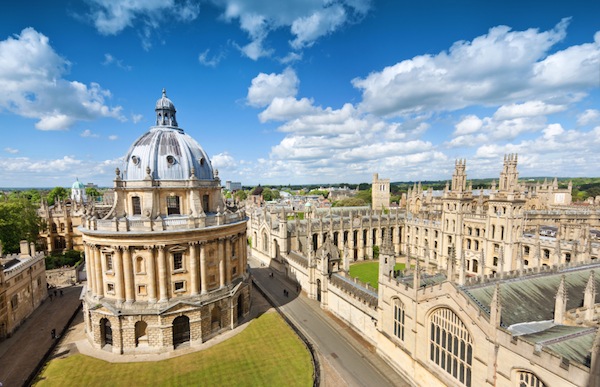 Although quite commonplace these days to take a gap year and study overseas, some students are deciding to go one step further, and choosing to undertake their undergraduate education in a foreign country. Studying overseas can prove immensely valuable, not only for your teen’s personal growth and development, but for future career prospects: having a top overseas university on their resume is very impressive to prospective employers.

Using extensive and thorough criteria, Times Higher Education has compiled a list of the top universities across the globe; using that information, we have the top 10 placed universities outside of North America.

Oxford is renowned for being one of the most international universities in the world, with one- third of its students coming from overseas, spanning 142 different countries. Oxford’s emphasis is on accepting the brightest students, regardless of where they come from, and as such, there is open competition for places, with no quotas or targets for international applications.

Cambridge has been Oxford’s rival for centuries, and also represents a truly diverse student community. Cambridge is geared to helping students succeed with lecturers and teachers among world-leading experts, and a staggering 114 libraries. To apply for a place at Cambridge, teens would need to be in the top one or two percent of their year group.

Another school that is proud of its foreign students, Imperial College specializes in the sciences, including engineering, technology and physics and offers an extensive range of subjects.

Although the institute of technology welcomes international students, the majority of bachelor courses are taught in German, and as such, the school stipulates that all potential students must be fluent in the language, and hold a recognized qualification.

[Search for hundreds of colleges from around the world.]

Previous to 2012, Japan’s foremost university required that international students possessed strong Japanese language skills. However, they now offer undergraduate degree courses that are taught entirely in English, which include the subjects Environmental Sciences and Japan in East Asia.

Another university that welcomes students from overseas, the NUS is the oldest university (and largest) in Singapore. Offering comprehensive study opportunities across the major disciplines, including medicine, computing and social sciences, all classes are conducted in English.

At the country’s top university, the majority of courses are taught in German, and as such; all students require a high level of understanding of the language. All prospective students are required to prove their proficiency by taking one of several approved German certification exams, prior to enrolment.

Offering scholarships to international students, Australia’s premier university has over 100 flexible-learning courses, including biomedicine, agriculture, music, fine arts and science. All courses are taught in English.

EPFL has built up a reputation for being one of the best institutions for science and technology in Europe. The school offers one of the most cosmopolitan in the world, with students hailing from 125 different countries, and over half of the professors from overseas. Although many courses are in English, it is recommended that international students have a good understanding of French (the school is situated in the French-speaking part of Switzerland).

The London School of Economics and Political Science is a hub of international activity, and accepts students with a wide range of foreign qualifications. Despite the school’s name, it does include a comprehensive range of subjects, including history, math, law, and science. All courses are taught in English, and proficiency levels are tested for students without English as their first language.