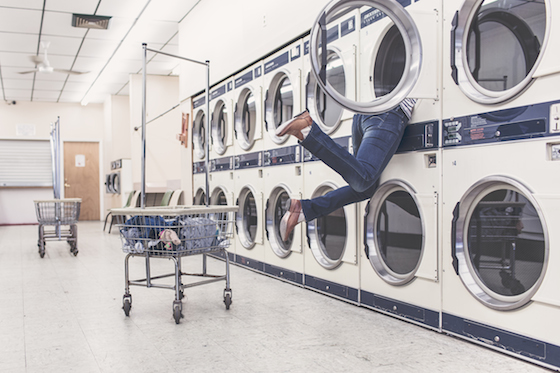 I could not wait to start college. I had a countdown to my (estimated) move in date long before I even knew where I was going to school. Over the summer, I meticulously picked out my classes and made a comprehensive packing list. I read a lot of blog posts like this one. I was ready for college, and yet the experience still found ways to surprise me.

Statistics say that approximately 80 percent of college students change their major at least once, but I was convinced I was an exception. I went into school as an English major, and, knowing I would always love to read and write, I could not imagine ever wanting to switch. But on the first day of Journalism 1 class, my professor asked me why I was an English major and I sprouted out an answer about how I regretted not choosing journalism. Although I had never considered giving up English before, I quickly realized that I would be much more excited to take journalism classes than the English courses I had slated for the next few years. Just days later I officially change my major to journalism, keeping English as a minor, and I am much happier for it. I still love reading classic novels, but I realized that staying true to oneself does not mean refusing to change. Give yourself permission to evolve; that is what college is for.

However, between getting the chance to recreate yourself at the start of college and trying to make a good impression on so many people at once, many people you meet at the beginning of college are presenting a less than accurate representation of themselves. These white lies are generally harmless and will be something you can laugh about once you settle in with your friend group. On my first day at college, a girl who lived in the room next to me stopped by to say hello to my roommate and me. The three of us ended up talking passionately about ‘Pretty Little Liars’ for a long time – despite the fact that we were all only mildly interested in the show– because it was the first topic we touched upon that we all had in common. Two years later, they are two of my best friends and we only talk about ‘Pretty Little Liars’ to laugh about that initial conversation.

Fighting off the ‘Freshman 15’

I always thought the freshman 15 was a result of people getting to college and going crazy after realizing their dining hall swipes guaranteed them as much food as they could eat. But it isn't that. Dining hall food is just really bad for you. Even if you are eating vegetables, those vegetables were most likely cooked with a lot of salt and oil. It takes much more effort to stay healthy in college than I was expecting – and that effort can be difficult to muster when you are busy adjusting to college life. It is really important to try to eat healthy food and eat in moderation. But you also need to remind yourself that weight gain is normal. As you transition into ‘real adulthood,’ you should not be shaped like a 15-year-old forever.

Undoubtedly, there will be an entirely different set of things that take you by surprise when you start college. And while it is great to be prepared, know that a big part of the learning in college, especially, I found, in the first year, comes from simply being thrown into a new situation and having to find your footing.