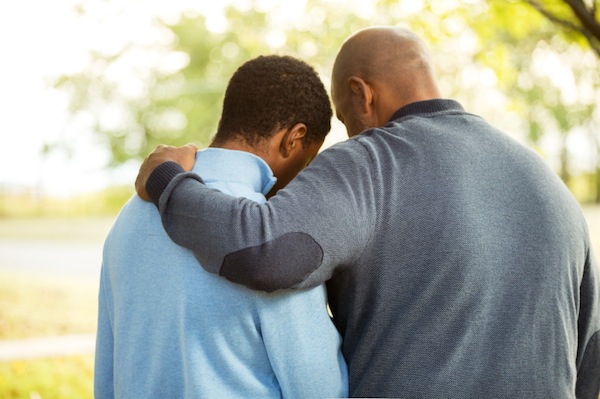 It seems that it is impossible for even a few days to go by without hearing about the latest terror attack somewhere in the world. And many teens may be hearing about it, but perhaps not totally understanding.

Should We Tell Our Teens About Terrorism?

It’s a natural parental instinct to want to swoop our kids up, protect them from the harsh realities of the world, and preserve their innocence, for as long as we can. One subject we may hesitate over discussing is terrorism, believing that this is one topic teens really don’t need to hear about.

However, whether we like it or not, teens have access to worldwide events and information more readily than we ever did; so even if you don’t talk about it, they will still be aware. A reluctance to discuss terrorism with them may cause them to imagine the worst, or listen to untruths, which might cloud their understanding.

How to Broach the Subject

The best thing you can do is broach the subject carefully, and gauge your teen’s reaction. If they show a reluctance to discuss it, then leave it for the time being; however, you will invariably find that teens have a lot of questions or viewpoints to express. Often, the easiest way to get talking about terrorism is to sit and watch mainstream news reports with them, sticking close by to offer reassurances or answer any questions they might have.

As parents, you will have a fair idea of how your teen is going to respond to the situation, and this knowledge will help you prepare for their reaction. Some teens may become fearful, worrying about their own safety, or concerned that there might be an impending terrorist attack close by. Others may be overwhelmed with emotions for the people that are involved, or have suffered; and then there will be some who will simply take it all in their stride, without much of a backward glance.

Don’t Let Your Own Feelings Cloud the Issue

Terrorist attacks, especially those completed under the umbrella of religion, can cause vehement, forceful reactions and opinions. Terrorism is something we all feel very passionate about, but it is important to state only facts to teens, rather than your own views parceled up as the truth.

Although you should be truthful with your teen, and explain how terrorism makes you feel or share your beliefs on the subject, it should be censored. It should never involve prejudice or negatively categorizing whole religions or groups of people, or use derogatory language.

Your teens shouldn’t be exposed to ranting or blaming, and if you show bias, especially racial or religious prejudice, your teens will learn by your example and invariably take on those opinions. You want to raise your teen with tolerance and compassion, and not produce teens who go out into the world as bigoted young adults, which is always the danger if they listen to distorted or biased viewpoints.

Try to Explain Both Sides of the Story

When innocent people have been harmed, it is hard to look beyond that; terrorism makes it incredibly difficult to acknowledge the often polar-opposite views of others. However, the truth is that there are always two sides to every story, and sadly; terrorism is no exception. Therefore, it is important that your teens are armed with the understanding of why some people carry out terrorism. This doesn’t mean that you are justifying the unspeakable atrocities, but it helps teens if you are able to explain why some people feel they are compelled to act in this way.

Nobody wants to live in a world with terrorism, but the sad truth is that we do. Give your teens the tools to understand why it exists and provide them with the knowledge and compassion to deal with it.