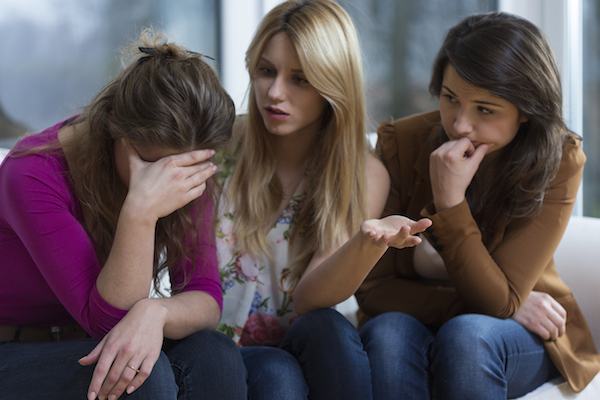 The years prior to adulthood are often thought of as the most enjoyable time of life.

However, teens these days are exposed to more stimuli and stress than ever.

These additional stressors can create the perfect foundation for depression, substance use, or suicide if not addressed appropriately.

Take, for instance, cell phone induced stress. Cell phones became available and common to the general public in the late 1990s and early 2000s. The first texting phone wasn’t introduced until 1997. This means the first generation of teens to grow up with smartphones were those born after 1990. Although these devices help us stay connected, guide us via Google maps and contain our favorite music, they also capture forever any mistake, embarrassment or humiliating event. This ability to capture and keep events at a fingertip means bullies have a new tool. Cyber bullying effects about half of all teenagers and more than 25 percent have been bullied via their smartphones.

Of the 12 percent of adolescents developing a depressive disorder, more than half will experience severe impairments. Teen girls are twice as likely to experience depression, as well as consider attempting suicide as an acceptable alternative. One reason teen girls are more susceptible to depression is related to how teen girls address social challenges. Girls evaluate themselves in response to their social interactions. Girls tend to be more concerned about emotional communications and peer responsiveness and demonstrate a higher level of interpersonal dependency than their male counterparts. Teen girls tend to base their self-worth on how their peers perceive them.

Suicide is the third leading cause of death among teens.

The Centers for Disease Control and Prevention reports 12 teens complete suicide per day in the United States (2015). Twenty percent of high school students admit to considering suicide, 13 percent admit to having a suicide plan and 575,000 have attempted to end their lives. Depression and drug use are the two common variables related to teen suicide.

Many teens use drugs or alcohol to help them cope with feelings of stress and depression. A recent report from the National Institute on Drug Abuse reveals teens abuse common over the counter drugs to enhance cognitive functioning, reduce pain, solve sleep problems, and deal with stress, depression and negative emotions. Alcohol and illicit drugs such as marijuana or prescription medications are used for the same reasons. Unfortunately, substance use provides only a temporary relief and often increases stress and depression.

Parents are asking themselves, “How do I help my teen manage stress without becoming a helicopter parent?”

The answer is simple, but the application takes commitment. You must establish trust and open communication with your teen. Open communication implies that you will be able to discuss unpleasant topics without overreacting. Rather than imposing opinions on teens, guide them toward the values and qualities you want them to possess. Encourage teens to express their feelings, and when necessary model how to appropriately express feelings. Instead of automatically offering a solution, teach them how to problem-solve. Finally, when teens are experiencing tough situations, remind them of past obstacles they have managed to overcome.

Teen stress is an everyday occurrence in today’s world. Learning to cope with stress in a healthy manner can decrease depression, suicidal thoughts, and substance use. Parents can partner with their teens to identify possible stressors and make modifications when possible. Establishing an open, honest and trusting relationship affords parents the means to intervene when needed.