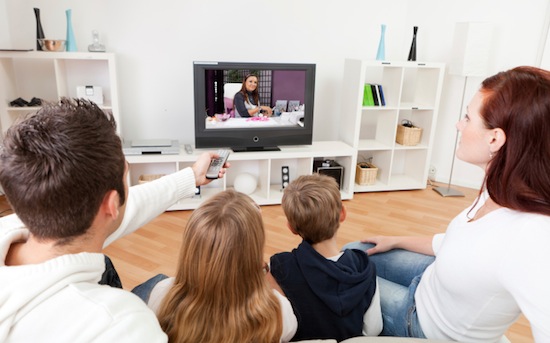 In the nineties, it was MTV. The Internet was next, making photos and videos available within seconds. Then mobile technology allowed us to browse feeds while waiting in line or between bathroom breaks. Twitter took it to the next level with character limits. Then Vine joined the race, with an unprecedented six-second limit to tell a story.

In the past few decades, it seems the Internet-age has brought on a phenomena: shorter content and shorter attention spans. Recent headlines belabor the problem, announcing that the downward trend of the Millennial Generation or how “Study Finds Gen Y Ill-Prepared For the Work Force.” It’s a subject that not only older generations are concerned with.

We all find something dissatisfactory about the state of technology’s omnipresence: those too busy updating Instagram feeds to have a conversation or how students can’t let go of Candy Crush Saga long enough to focus in-class. We lament the inevitable decline of everything from paper novels to our intelligence, and yet it begs the question: Will technology, and Justin Bieber truly spell society’s undoing?

There is an adage: What has been will be again, what has been done will be done again; there is nothing new under the sun. This piece of advice may seem discouraging at first, but the idea is that some things are not as new as we believe them to be.

Take reality television, for example. While Real Housewives has gained a niche in pop culture, many consider reality TV to signal the decline of modern mores, or at least standards of privacy. Yet, what is Real Housewives? It is truth being stretched and exaggerated. People’s violence being aired in public, and their inappropriate behavior used as entertainment for the masses. None of this is truly new.

In the nineteenth century, European explorers traveled the African continent and wrote about their findings. The journals they kept were more sensationalist than accurate: they wrongly portrayed the peoples they met as immoral and barbaric. On their return, they published these writings, and the public eagerly accepted it as the truth. While there is no equating Real Housewives to British Imperialism, reality television is not as novel as we assume it to be, nor is it the first time humans have used others’ behavior to generate a profit.

Taking Control of a New Invention

“It is the chief characteristic of modern business to always be in a hurry. In olden times, it was different.” —The Medical Record (1884)

Since the nineteenth century, journalists have written about the “decline”of written word and the jarring changes each new generation brings. But to deny these new technologies is to deny human progress. What many fail to realize is that before the Internet or MTV was invented, people were not necessarily more adventurous nor did they make more meaningful connections. They watched television. Before that, they listened to records. Before that, there was the radio and bad dime novels. Before that, they could still play a mean game of Go Fish. Smartphones and tablets have not created humanity’s need to be constantly entertained or isolated us from social activity. It has changed it to new forms, and the good of these inventions often overshadow the bad. Now that we have unfathomable information at our fingertips, we are able to accomplish our goals faster, learn more deeply, and adapt more quickly.

The debate over whether technology is good or bad for us overflows from the airwaves and media. But for all the rapid-fire contentions and rebuttal, the argument is too polarized. Technology, and especially the Internet, is here and it’s here to stay. Even if the debate were to decide that technology does more harm than good, the real question remains: How do we harness the new technology we invent? Do we take control of it, or do we allow ourselves to be controlled by it and the companies who produce it?

Let us know your thoughts in the comments!