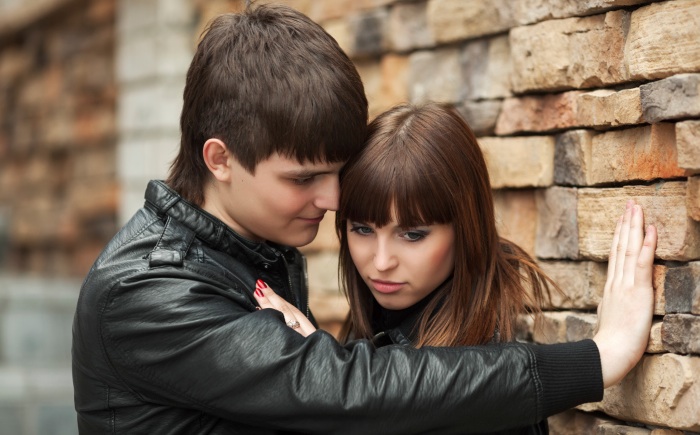 Risky behavior. It’s something that can start in middle or high school and carrying into college. Why? Teens and young adults believe they are invincible. They are young and carefree and want to “experience life.” Unfortunately for parents, it causes many nights of worry and fret, especially when they are away at college. It would be sticking our heads in the sand to believe that our kids won’t be faced with risky behavior decisions in college.

Talking to your high school students about this reality, and how to handle it responsibly, is essential for preparing them to make responsible decisions. The worst thing you can do is dance around the issue without addressing your concerns directly.

You should conduct this conversation in a way that is both honest and realistic. Talk about what they can expect to encounter on campus, as well as what you expect from them. Understand that some kids will be more attracted to risky behavior than others, but also that these things represent a risk for everyone. Irresponsible decisions can lead to serious consequences, and your children need to hear about this directly from you.

And don't be naive about your child. If your child already needs help with behavior issues, there are therapeutic teen programs that can help.

Here are some tips for talking to your teens about the Big 3: drinking, drugs and sex.

Your teens are graduating from high school and heading to college. By age 18, 60 percent of students have tried alcohol, according to 2015 statistics from the National Institutes of Health. And more than 5 million young people ages 12 through 20 said they had engaged in binge drinking. We’ve heard the terms “poor” or “struggling” college student before, but it’s no wonder they are living off of Ramen Noodles when there was a reported $163 billion spent on alcohol in America in 2011.

It’s not all fun and games when young people are consuming 2 gallons of alcohol per person. There are negative consequences of this behavior that includes assault, rape, injury and even death.

According to Susan Jones, a psychotherapist in Washington D.C. specializing in substance abuse, parents should play a key role in helping teens create a healthy, thoughtful relationship with alcohol in college. Ms. Jones said, “Our students cannot count on their peers, who are also living in a culture where moderation is not valued, for perspective.Because binge drinking is common in college—though it is not the norm—students assume it must be okay and safe for them as well.”

She encourages parents to have two conversations: one before the student leaves for college, and the second after first semester of college. “Don’t assume the problem will get better by itself, or imagine it’s “just a phase” your student will outgrow.”

Along with the dangers of abusing alcohol, the added danger of drinking and driving is a conversation every parent should have. A good place to start is by learning all that you can about drinking and driving. You might begin by visiting the NHTSA (National Highway Traffic Safety Administration) website to bone up on statistics for teenage drinking and driving. Although you probably don’t want to present the students in your household with a laundry list of rote facts and figures, they could come in handy when you attempt a discussion with your know-it-all teens. In truth, statistics only tell a small part of the story. You’re going to have to get a lot more personal if you want to instill in your kids a healthy fear of what can happen when they choose to get behind the wheel after drinking.

[Are you concerned about your teen's risky behavior? Consider a residential treatment center.]

If you or your child has been in the public school system in the last 30 years you’re familiar with the phrase "just say no." From first grade on, those words have been pounded into the heads of kids giving them an answer to anyone who offers them drugs. It’s not the answer sometimes that’s important, as much as the attitude behind the response.

Research shows that kids who have a good relationship with their parents are less likely to pursue a life of abuse. The drug awareness programs give parents some guidelines they say will help. They instruct parents to do several things and lead us to believe that if we follow those rules, our kids are less likely to succumb to peer pressure.

Their suggestions have merit. But the bottom line is that most kids, no matter how strong they appear or how great their relationship is with their parents, are going to find themselves in a situation where just saying “no” is not enough. Just saying “no” will be met with teasing, pressure, and even ridicule. It’s your job as a parent to prepare them for that moment.

Use these guidelines when talking to your teens about the risky behavior of using drugs:

Educate your kids about abuse.

Give your kids all the information they need about the consequences of drug use. Don’t use scare tactics. That never works. There’s not one kid alive who actually believes that if he tries a drug once, it will kill him; although, it can and has in many instances. They see themselves as invincible. Give them facts. If you’ve done your job and they trust you, they will listen and when the time comes, remember what you’ve said.

Prepare them for the worst-case scenario.

Tell them it’s going to happen. Give them some suggestions on how to handle the situation. Assure them that no matter what happens, you will be there for them. You want them to tell you everything; no matter what decision they choose to make. Let them know they can call you, anytime, day or night, to come and rescue them and you will be there in a heartbeat. Help them brainstorm drug-free alternatives.

Keep the lines of communication open.

Make sure your kids know they can tell you anything, and they won’t be judged. Kids tend to keep things from their parents; that’s just part of being a kid. Let them know that, no matter what they do, you will love them. You may not love their behavior, but everyone makes mistakes. Everyone messes up and does things they are ashamed of. Make it easy for them to tell you about those bad choices, so you can help them make the right ones the next time.

Before they leave for college have a conversation.

Your kids have listened to everything you have told them over the years. But this is a time to remind them that they have options. Talk about the drinking culture on campus. Bring up the subject of drug abuse. You may need to do a little research before you tackle this conversation because your kids are aware, or have been confronted, with abuse throughout high school.

What do you do if the worst happens?

Be prepared for a response. Just saying “no," isn't enough. Your kid is going to need an understanding parent who doesn’t judge, but reminds her there are consequences to every decision. This is an opportunity for a life lesson. You may not be able to be with her 24/7 but your words will be. The next time, she will hopefully think twice about making such a dangerous decision.

Is dating gone? What about courtship?According to an article in the NY Times and most college students, it’s a dinosaur. They have random “hook ups” with people they meet–which can include anything from making out to oral sex to intercourse. Parents need to know and understand this new culture in order to prepare their students for college. As I’ve said before, preparation is much more than academics.

Make your girls and boys understand that “hooking up” is NOT the road to a lasting relationship. Help them know how to stand up to peer pressure and encourage them to seek out relationships, even if it’s not the norm and it takes time.

These are brutal conversations to have with your teen but it may be the last time you can exert some parental influence before they leave for college in the fall. Remember that every school is a party school. A difficult fact to face, but a reality. Have the conversations now—when you can still make a difference.