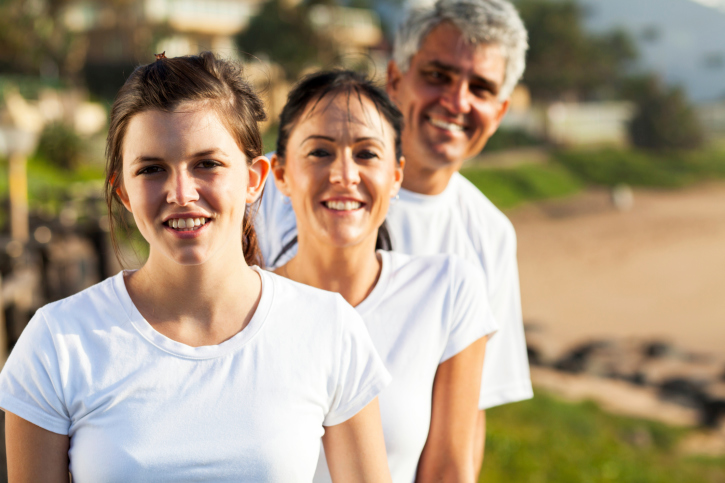 Part II of Uncoupling Gwyneth Style: Taking the Disagreement Out of Divorce. Read Part I here.

When Jae Sparks and his wife Michelle divorced in 2010, she moved their two daughters to Massachusetts from their home in Pennsylvania for a job opportunity she couldn’t turn down. Sparks was determined to see his daughters, one of whom has special needs, as much as possible. He’s made good on the promise, and flies to Boston every other week, sleeping in a basement bedroom in Michelle’s home. He has custody of them most holidays and during the summer as well. Staying in his ex-wife’s home was a little awkward at first, but he wanted to provide their daughters with as much consistency as possible.

“The big driver was to make sure the kids were taken care of first. No matter how hard it would be for us to be with each other, we had a priority and responsibility that outweighed that,” explains Sparks. But along the way, something unexpected happened. “We patched up our own issues… Michelle has every freedom to do what she wants from the moment I get there, but sometimes she’ll cook dinner for all of us or we’ll go out as a family. It did take a while to build that trust back up with each other.” He admits that he has a very understanding girlfriend, with whom he lives, back in Pennsylvania.

Eric Schopmeyer, a divorced dad from Oregon with a four-year-old, is very familiar with subterranean living. For a year after he and his wife broke up, he lived in the basement of their home as a transitional step and to save money. Now he rents a house four doors down from her and is buying a home around the corner. “I wanted our daughter to have a single neighborhood—one neighborhood but two houses. I really like where we live and didn’t want to leave. Buying a place around the corner seemed like a great solution.”

Schopmeyer and his ex-wife are on good terms and have continued to play together in a band. “We fight a lot less now during band practice,” he quips.

In addition to trying to minimize the physical disruption of kids’ lives post-divorce, Florida-based divorce and parenting coach Rosalind Sedacca advises providing positive, new experiences for children to offset some of the inevitable feelings of loss. “Change is inevitable and this is another chapter in the life of a family,” notes Sedacca, who split from her husband when their son was 11. “We can create new memories and experiences and wonderful times with mom and dad without fighting or tension. Kids, even teens, value quality time with you both.”

Other ways to minimize the negative impacts of divorce on teenagers:

Nothing New Under the Sun

Growing up in Massachusetts in the 1980s, Susanne Goddard was used to knocking on a shared wall if she wanted her father to come to her mother’s apartment, since they shared a two-family house. Although she and her three sisters lived full-time with their mother, they visited often with their dad. He would drop by regularly for dinner and they always spent holidays together.

Her mother took care of her father as he was dying of cancer, and would sit by his bedside for hours to keep him company. Goddard is touched and amused by what he told her mother at the end of his life: “I’d marry you again so you can get my benefits,” he told her. “But then I’d be afraid I would live.”

Is conscious uncoupling simply a trend that will pass? “Who knows.” But as long as people have been getting divorced, they’ve been doing it in ways that try to minimize the damage and even build an alternative family structure from the fragments. LWT

This article was originally published in Life with Teens Magazine Summer 2014. Read the entire issue here!