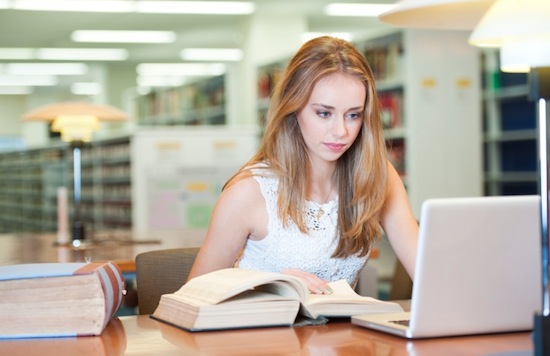 Have you ever wished there was an easy way to write that 20-page biology paper or study for a math midterm? For many prestigious college students, these assignments can be completed with ease with only one pill.

About one in five students at an Ivy League college (not named in the study) reported that they have used ADHD drugs while studying, and a third of the college students did not think this qualifies as cheating. All of the participants in the study did not have ADHD, and most of the drug users got the pills from a prescribed friend.

Are ADHD Drugs a Form of Cheating?

Researchers found that 18% of students used the drugs for academic reasons, and 24% took the drugs more than eight times throughout college. Common abusers of ADHD drugs were sports players and members of Greek life—college juniors were the highest percentage of users.

While one third of students did not consider ADHD medication a form of cheating, the majority of the student population had a different interpretation—41% said taking the drugs is cheating, and 25% said they weren’t sure (Time).

It is not very hard to tap into a friend’s Adderall or Ritalin prescription, as the number of adults taking ADHD drugs rose by over 50% between 2008 and 2012. While it is hard to obtain real data, many researchers believe that teens and young adults go to their doctors to get ADHD drugs not because they have the symptoms, but because they want an upper hand in school.

It will be hard for school officials to call out students who use ADHD drugs without a prescription, and will take effort and time to write this into the cheating policies and honor systems at many colleges. Although cheating may not be the best phrase for using these drugs illegally, the medication definitely gives these students an unfair advantage in school.

[Are you concerned your child or friend is abusing prescription drugs? Seek help today.]

This study, in my opinion, failed to mention one of the riskiest parts of taking ADHD medication when undiagnosed: the possible side effects, which include depression, insomnia, addiction, and mental illness.

While ADHD drugs do not necessarily react differently with the ADHD brain and the non-ADHD brain, the feeling of the drug is altered in these two cases. Kollins, a scientist at the Duke ADHD Clinic explains, “Because patients accurately diagnosed with ADHD are coming into the game at a different baseline as far as what’s going on in their brain, the drugs might sort of bring them back up to a level playing field. For somebody without ADHD, because they’re already functioning at that level, it’s going to take them a bit higher.” This heightened functionality is why many consider taking these drugs unsubscribed a form of cheating (Slate).

The fact that so many students without the disorder are using ADHD drugs is alarming for the world of academics. But more importantly, students are often sacrificing their mental health for a leg up in school.