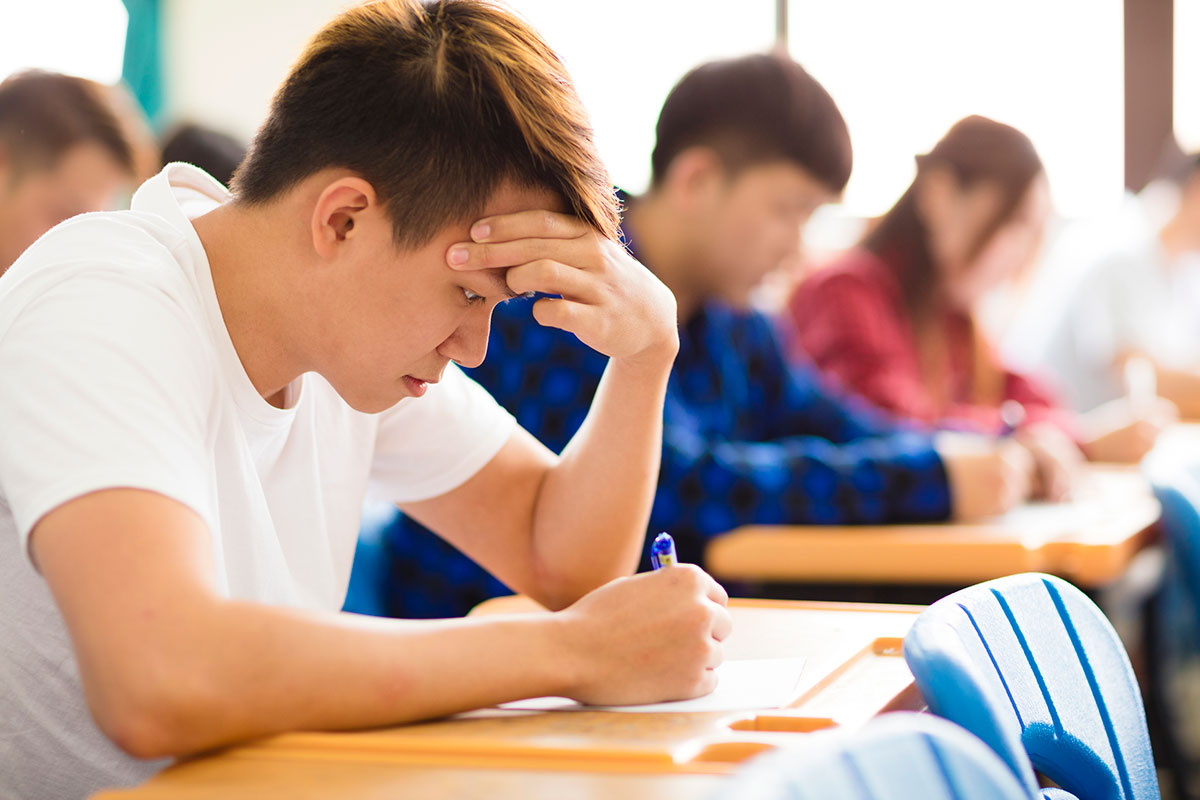 Maybe it’s time to change schools. These days there are more options than ever, including boarding or private schools; charter and parochial schools; and, depending on the state, private or public schools accessible through school-choice or charter programs.

Two years ago, Nolan Cornu was a junior at Hopkinton (Mass.) High School, enjoying a group of good friends and captaining the wrestling and football teams. But Nolan knew he needed to expand his world. After what he calls a very difficult decision, he applied to Tabor Academy, an independent college-preparatory boarding school for Grades 9 through 12 in Marion, Mass. He was accepted and repeated his junior year.

On the cusp of graduation from Tabor, Nolan, 19, was accepted into the class of 2019 at Trinity College, in Hartford, Conn. – his first choice.

Andrew McCain, the director of admissions at Tabor for 18 years, says starting a new school freshman year is not the only option. While some students might spend their entire high school careers at Tabor, others might be there only a year or two, or do a postgraduate, or PG, year.

“I would wager that (independent) schools set aside between 15 to 40 percent of their new incoming class for transfer students in Grade 10 to postgraduate,” McCain says.

Schools like students who are willing to take the risk to change their environments, he says.

“Leaving what is comfortable and committing to a new academic, social and extracurricular life sends a powerful message to college admission offices that the student cares deeply about his or her education,” McCain says. “Independent school admissions offices are looking for the exact same qualities in their transfer students.”

Changing high schools for more opportunity doesn’t necessarily mean paying full boat for a private school, where tuition, fees and, if offered, board, can run $40,000 to $50,000 a year. For starters, many students at private or parochial schools receive financial aid. But there are also less expensive options such as charter schools.

Sturgis Charter Public School in Hyannis, Mass., one of U.S. News and World Report’s top 500 high schools, is a tuition-free International Baccalaureate program (similar to an Advanced Placement curriculum). The school, which has 800 students in Grades 9 through 12 on two campuses, was also ranked the No. 1 public high school in Massachusetts by the Washington Post Challenge Index. Executive director Eric Hieser says that, in a sense, virtually all the Sturgis students have switched schools.

“They’re choosing to go here instead of the public high school,” Hieser says. The lottery-based admissions process covers a wide range of kids, including high-achieving honors students and those with special needs. Most students transfer between Grades 8 and 9. Sturgis doesn’t take students after February of their sophomore year, as dictated in the original charter, in order that students have a full experience there.

Reasons to Switch to a Private School

Don McMillan, a partner with his wife, Sarah McMillan, in McMillan, Howland & Spence, independent educational consultants in Boston, says that students switch schools for a postgraduate year; to repeat an earlier year; or to enrich their personal lives or athletics.

One of McMillan’s clients will switch to a boarding school this fall to repeat his junior year, his eye on college athletics. Boarding school will help him meet his leadership goals as well, McMillan says.

“I think, for him, a boarding school can offer more than a day school, since it offers a 24/7 residential environment where he can serve as a mentor in the dorm,” he says. “I think it can help him grow personally and academically.”

The student, who will transfer from a public school, will benefit both from an extra year of competition at an elite level of athletics as well as from the special opportunity to learn with coaches who are exceptional role models, McMillan says.

“They’re not just serving as coaches,” he says. “They’re also serving as the athletes’ dorm parent and classroom teacher in a holistic campus environment.”

While students might transfer to a new school to improve their chances for getting into college, satisfaction and happiness are more important, experts say.

“More important than the name of the school or prestige is the fit,” McMillan says. “If a teenager is happy, comfortable and can thrive in their school environment, they’ll succeed in finding a fit. Personal and academic success will lead to a good college.”

Nolan Cornu renders this verdict on his decision to switch schools: “It was the best decision of my life.”