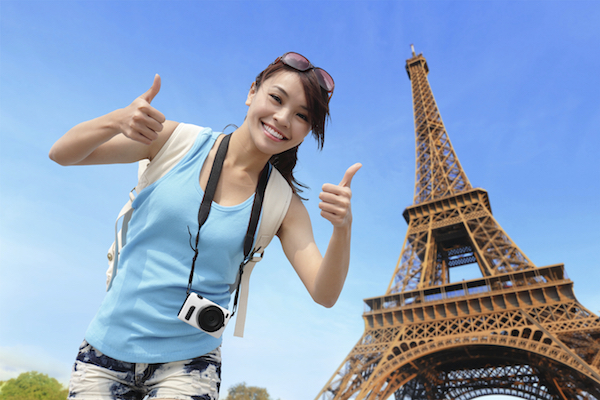 Going to France was always going to be a part of my life.

When I was 14, my friend Kira’s father told us over dinner about when he had studied overseas in high school. I had always dreamed of studying abroad. Having grown up with close friends from Japan, France, and India, I had loved learning about other cultures and knew that travel would be an influential component of my life.

That night, as we lingered over plates of pasta and Kira’s dad painted pictures of cobblestone streets and tiny boulangeries smelling of fresh bread and melting sugar, I knew that this was a path I had to pursue.

I chose a program almost as soon as I arrived home that night. School Year Abroad, or SYA, was the very same program that Kira’s father had attended when he was in high school. With programs in France, Spain, Italy, and China, it was known in the international community and has a variety of accolades and accreditation that were important to my parents.

My concern, however, was what my life would be like if I followed through with this. Would I have to take all of my classes in French? (Yes.) Would I get to live with a French family? (Yes.) Would I have to do all of my college preparation, take SATs and make shortlists, study for APs, and choose my senior year schedule, far away from the college counselor who had known me since I was 11? (Most definitely, and then some.)

On paper, the benefits of going abroad seemed outweighed by all the risks.

I knew that I would sacrifice nine months of memories with my friends at home, access to my college counselor and teachers, and time with my family before college. Despite being aware of these possibilities, I began entertaining the idea as a reality.

I spent my evenings Googling “SYA France blogs” in every iteration I could think of, admiring the gorgeous pictures and posts describing adventures the likes of which I could only dream about experiencing. I submitted my application early my sophomore year, sat through an interview at a local Starbucks, and, four months later, eagerly awaited confirmation of admission.

I received the e-mail while I was sitting in class. Fittingly, I was next to Kira, who had applied to go to Spain. I remember opening my e-mail to send the teacher an essay and seeing that first line – “Félicitations, Melanie…”

I had been accepted, and what had once seemed a far-off fantasy was becoming reality.

When I got home that day, I went over to a friend’s house to talk it over with her. Suddenly reconsidering all of the ways in which this was a huge risk, I told her that I was unsure if I should go after all. She rolled her eyes.

“Of course you’re going,” she told me. “It’s all you’ve been talking about for two years. How could you not?”

And indeed, how could I not? Yes, it was terrifying. Yes, it was the farthest I had ever gone from home and the longest I had ever been away. But that night, as I revisited all of the blogs I had been reading and re-watched all of the YouTube montages I had had on repeat for the last several months, I began to pay attention to the people instead of the place. Students looked happy. More than that, they looked like they had found their homes. I wanted that more than I even knew; I did not realize that I was looking for a place to call my own.

Five months later, when I stepped off of a bus in front of a two-story schoolhouse and saw my host mother beaming from the crowd, I knew that I had found it.

When I think back on my experiences now, I am astonished that I almost missed out on such an incredibly formative experience. Because of my time in France, I am pursuing a French minor and politics/international relations major in college, and I plan to go back for a second study-abroad experience in my junior year. I was able to bond with my first-year roommate because both of us were fluent in French, and we still have dinner once a week to practice. I maintain a relationship with my host family and still talk to them as much as I can.

If I had not gone to France, I would not have found my home in the world.