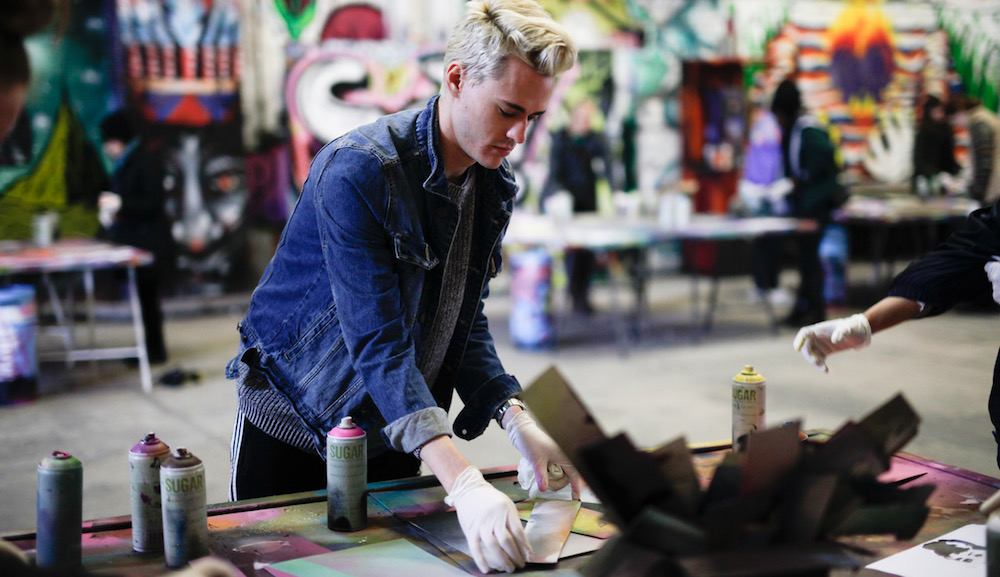 From an early age, Stephen Schlegel fell into the mindset of a creator, evolving from sloppy paintings to iPhone photography, and eventually to digital photography and graphic design.

Stephen’s favorite part of the process is being able to physically hold something that was once only a vision in his mind, and see it through start to finish. Additionally, being able to witness people interact with his work and voice their opinions about it makes the process that much more satisfying.

Although it isn’t always a bad thing, the idea of competition can make it difficult for him to create sometimes, especially in a classroom or work setting where there’s an overhanging sense of needing to one-up each other in order to stand out, which can result in overthinking or rushing projects.

Stephen chose Stevenson University's graphic design program because it offered a breadth of fine art, communication, and design classes. He could experiment with a variety of mediums rather than focus on creating within one discipline, and he could explore the different placement options for careers in his field after graduation.

One of his favorite aspects of being in a small program is that it has allowed him to interact and network with the people around him. Getting close with professors and industry professionals has opened doors that he felt he wouldn’t have gotten in a larger school setting.

As an evolving creator, Stephen isn’t very rigid about his plans for the future. However, in 10 years, he would like to see himself as being an established designer for an agency or having his own studio to do work from. From becoming comfortable in his abilities and finding his place in the world, to also discovering what he doesn’t want to do along the way, Stephen has been able to put together the pieces of a fulfilling future while continuously sharpening his skills in and out of the classroom.