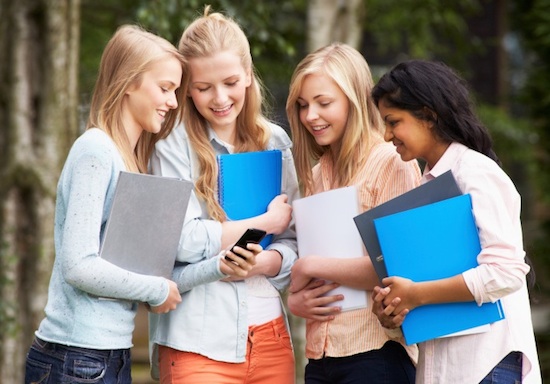 According to Jean Mrasek, the Vice Chairman of the National Panhellenic Conference (NPC), sorority life on college campuses is on the rise, with increases in both enrollment and number of sorority chapters on campuses across the country.

Says Mrasek, “This increase corresponds with the number of women who pursue college degrees at this time. It also speaks to the fact that women value what we have to offer—leadership, scholarship, community service and lifelong friendship.”

Why Join a Sorority?

For many, joining a sorority is a great way to meet other like-minded friends at college. Mrasek explains, “Sorority chapters offer authentic communities where people genuinely care about one another.” The role sororities play in a college experience varies widely from school to school. Greek life may be very prevalent or available but not permeating campus life. Sorority activities can range from volunteer/charity work to parties and other social events.

College sophomore Rebecca Bergman says, “As silly as it sounds, I knew I wanted to be in a sorority ever since I saw the movie Legally Blonde with Reese Witherspoon. I specifically chose a school where Greek life was going to be important.”

Ally Weissenberg also knew she wanted to join a sorority but did not want to attend a school where if she wasn’t in a “cool” sorority, she would no have a social life. Weissenberg explains, “I liked the idea of a support system at school and being a part of a smaller community within a larger campus. I played volleyball in high school so I think the idea of being on a ‘team’ carried over into my desire to join a sorority.”

Sorority “rush” is a recruitment process; a chance for prospective members to meet members of the sorority and for current members to decide if girls interested in the sorority are a good fit. Every sorority has a different reputation and the same sorority may have a total different vibe at different schools.

Bergman says, “Rushing was fun but stressful and very tiring. It is a lot of talking about the same stuff over and over.” Weissenberg adds, “It creates a lot of tension—discussing between friends if they think they did well at one house or not.”

How to Chose a Sorority

Mrasek says, “Recruitment is based on mutual selection. Choices on both sides are made based upon values, high standards, common interests and other criteria— academic, leadership, campus activities, etc. It’s important for potential new members to choose a sorority setting that is in alignment with their own values and interests.”

Weissenberg recalls, “I always heard, ‘Don't let the reputation of a sorority define what you think about it’ and I think that is very pertinent. Pick the sorority with the girls you think you'd have fun spending time with. Also, do not let your current friends influence your decision.

Sorority Life Is Not for Everyone

While many girls love being part of a sorority, it is not for everyone. By nature, sororities are exclusive and being rejected from a sorority can be upsetting. Within a sorority there can be drama and cattiness between members. Sorority membership is a big a commitment—both time wise and financially. Says Bergman, “Balancing sorority stuff and school is very hard because they demand so much of your time for meetings, philanthropy, etc. It is also difficult when you have close friends outside of your sorority. You must make an extra effort.”

My own daughter specifically chose to attend a college with no Greek life. She never liked socializing in big groups or going to parties in high school so she wanted to attend a school with more varied social options.

Greek life does have a reputation for being about excessive partying. Mrasek admits that the NPC needs to do more in shaping their message and reporting positive aspects related to the sorority membership. Says Mrasek, “Student safety and success remain top priorities of all of the NPC’s 26 inter/national sororities. We believe it is important to empower women to make good decisions.”

What do Sororities Offer Beyond College?

Some may question whether the sorority experience is relevant. But for many people, being a part of Greek life can be a life changing experience. Over twenty years later, Weissenberg’s mother is still friends with many of her sorority sisters. This bond definitely made Weissenberg want to participate in Greek life herself.

Sorority life can help women acquire valuable skills such as leadership, community involvement, and loyalty. Mrasek says, “Sorority members learn the importance of working together efficiently and effectively, which applies directly to the work environment and overall life.” Members can stay involved with one another after college through their alumni associations which can offer social, philanthropic and networking opportunities.