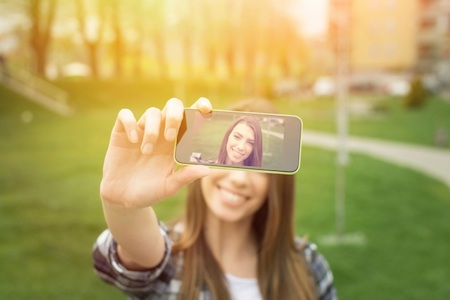 Social media is a teen’s go-to communication tool. From Facebook, to Twitter, to Instagram, to Snapchat, students are sharing their lives online. Kids aren’t tethered to physical hangouts any longer. They can gather, communicate, and share their life experiences on social media. And colleges know this. A recent study from Kaplan has found that 31% of college admission officers check social media to see if an applicant would make a good fit at their educational institution. That number is up by 5% from last year.

For a teen who wants to go to college and secure employment afterwards, social media can be a double-edged sword. Using it haphazardly and with no regard for who is reading it can result in rejection notices from colleges and employers. Using it effectively can secure admission and employment upon graduation.

Here are three teenage archetypes, their social media lifestyles, and how social media might affect their college admissions chances:

The Garbage in-Garbage Out Teen

She posts every single thought that comes into her head. The picture she paints in social media with her posts, tweets, videos and photos isn’t a true picture and is not very appealing. She posts tacky photos, uses foul language, and blasts anyone and everyone who dares to challenge her. It’s not a pretty picture and certainly not one that would be appealing to colleges.

Why? Take the high school student, for example, that posted on her Twitter account that the info session at a particular college was lame and used the college’s hashtag when doing it. She was probably just trying to be cute and post a comment that would get a response from her followers. But guess what? It came back to haunt her — ADMISSION DENIED!

This guy loves to bloviate. He brags about his conquests, his love life, his hook ups and just about every other thing he does in high school. He’s full of himself and everyone knows it. Nobody believes anything he says and everyone ignores most of what he posts. This can translate into a “hot air” admissions applicant.

Why? Colleges are looking for students with substance and credibility. They check social media to verify what’s submitted in an application. If this guy follows his pattern, his application will be as much bull as his posts and colleges will catch him in lie after lie. The results — ADMISSION DENIED!

This teen wants more than anything to be popular. She posts pictures of all kinds of questionable behavior. She comments on other posts and pictures just to boost her popularity. She counts the number of likes her photos receive on Instagram and tweets get retweeted on Twitter. She’ll find the most outrageous thinks to upload to Instagram and her YouTube videos are an effort to gain popularity among her peer group. This might pose a problem when applying to college.

Why? Colleges want to know the “real” you, not someone you think people want you to be. This type of behavior tends to conflict with a student who is pursuing academic excellence. Wrong picture — ADMISSION DENIED!

Just because you try to “clean up” social media, it doesn’t mean it will disappear. Alan Katzman, founder of Social Assurity, weighed in on this topic:

Under the false sense of security provided by the promise of disappearance, teens are more apt to take risks such as “sexting”, bullying, and engaging in other lewd online activities. What they fail to realize is that these supposed ephemeral digital files can be permanently captured by simple screenshots and by apps specifically designed to counteract the disappearing algorithms. Just last week, we learned that over 100,000 hacked Snapchat photos and videos were published and indexed for the world to see.

It’s best to practice responsible social media so that the consequences of irresponsibility affect your college chances.

Use social media to your advantage. Give colleges a picture of who you are and use it communicate positively. Make contact with colleges using Twitter, Instagram, and Facebook. Establish relationships with college reps and use it to show interest in the college you are seeking admission.

As more and more colleges turn to social media to get a picture of who the student really is, it makes sense to use it to your advantage. The savvy college bound student knows that what he posts in social media is a direct reflection on his character and his goals and aspirations. He knows that if he wants to paint an accurate picture, his posts should line up with his resume. If he talks about volunteering in the summer, he knows that he should post pictures on Instagram of that activity. If he discusses his strong commitment to academics, he knows that he shouldn’t tweet about hating school. He respects authority and communicates that in social media. Colleges look favorably on this type of student.

Why? A student who demonstrates strong character and has consistent image in social media shows colleges that he is the real deal. The result — ADMITTED!

As social media continues to be a platform students use for communication, colleges will turn to it more and more for additional information about the applicants.

Watch this video as one college expert discusses the impact of social media on college admission.