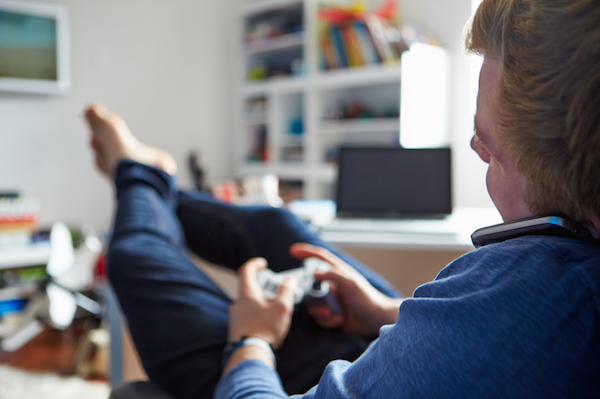 Sitting disease. Some kind of joke, right? Well, with tons of research into the dangers of a sedentary lifestyle, and our teens spending an increasing amount of time sat down, this is no laughing matter.

What is Sitting Disease?

As you might expect, sitting disease is related to the increasing epidemic of sitting down for too long. Experts believe that our sedentary lifestyles are having a tremendous negative impact on our health, playing a part in causing long-term and serious complications, including obesity, type II diabetes, and heart disease. There is also evidence to suggest that there is a higher risk of getting certain kinds of cancer, as highlighted in a study by The American Institute for Cancer Research.

The adverse health risks of sitting down for extended periods have long been established, and although the term sitting disease is gathering momentum, and regularly used by medical professionals; it is yet to be officially recognized as a diagnosable condition. However, this is probably only a matter of time, with increasing evidence to suggest that sitting down specifically, as opposed to just general inactivity, is extremely harmful for our long-term health.

Why Are Our Teens At Risk?

As humans, we are not designed to sit down for vast periods of time, yet advances in modern technology have meant that we now do so many things in a perched position than we ever did before.

Sitting down for too long can affect any age group, with research suggesting that on average, we are spending six or more hours a day sitting down; the longer you are sedentary, the more likely you are to notice its effect. One worrying aspect of sitting disease is that even if you exercise and are a healthy weight, the benefits associated with an active lifestyle are counteracted if you spend too long sitting down.

Relating specifically to teens, when you tot up how many hours our kids are sedentary, from the long hours at school, to lazing around watching movies, or sat at a computer desk, it can add up to a staggering amount of time spent on their bottom. Research conducted by Professor Alan Donnelly at the University of Limerick, which looks at the impact of inactivity in cardiovascular health, paints a shocking picture, highlighting that on average, teenage girls spent as many as 19 hours every day either lying or sitting down.

Deep-vein thrombosis (DVT), a condition more commonly associated with the cramped spaces on airplanes, is potentially another serious side-effect of sitting for too long, with several reported cases (even one death) attributed to playing video games for an extended period of time. DVT occurs when calf muscles remain inactive for prolonged intervals, and the circulation to the legs is inhibited, which can result in the formation of dangerous blood clots.

Get Your Teens Moving

The good news is that prevention is fairly simple: get your teens to move more! Encouraging research has shown that getting up for just one minute at regular intervals can greatly reduce the conditions associated with sitting down for too long.

It’s easy to become engrossed in a movie, or sit for extended periods playing video games, so if you are concerned about the amount of time your teen is sedentary for, why not get them to set an alarm to ensure they get up and move around at regular intervals?

There are also other simple ways to get your teen moving a little more: perhaps they could walk to school rather than sit on a bus or car during a commute, or combine doing a household chore with watching a movie. Another great idea is to suggest that they stand whenever they are talking on their mobile; this will not only limit the time they are on the phone (never a bad thing), but it will keep their body moving while they are chatting.