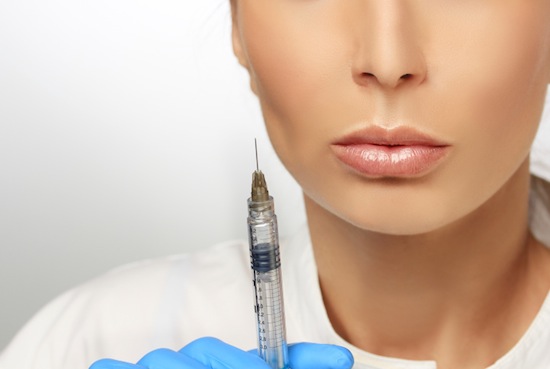 Insecurity about one’s appearance is not an uncommon feeling among teens. Many teens look in the mirror and do not like what they see. From breakouts to imperfect smiles, to feeling that their nose is too big or their ears stick out too much, many teens are unhappy with the way they look.

Some perceived imperfections can be resolved with a quick fix—cover up to conceal blemishes, a new hair color, etc. Some issues may warrant seeing a dermatologist and/or orthodontist.

But what if the way a teen looks makes them so self-conscious that it interferes with their ability to live their best life? How far should parents allow teens to go to improve their appearance?

Fifteen-year-old Renata says her classmates taunted her relentlessly about her “large” nose. The bullying got so bad that Renata asked to be homeschooled. Her mother agreed, and for the next three years, Renata was instructed at home. Renata desperately wanted to get a nose job, but her family could not afford it. So Renata’s mother wrote a letter to The Little Baby Face Foundation (LBFF), an organization that provides free cosmetic surgery to children with facial deformities.

Dr. Thomas Romo III, Director of Facial Plastic Surgery at Lenox Hill Hospital in NYC and co-founder/president of LBFF, agreed to take on Renata’s case. Renata was diagnosed with a hemi-facial microsomia, which caused her nose to lean towards the left. Romo corrected Renata’s nose and also gave her a chin implant to balance her face. Now fully recovered from the surgery, Renata is planning to return to regular school.

Undergoing surgery to stop bullying may seem extreme. Bullying experts argue that the strategy should be to eliminate bullying through education and zero tolerance policies, rather than making the bully targets feel that they need to change. But Romo argues that Renata’s surgery was not about giving into the bullies but rather empowering Renata to live her life to the fullest.

Dr. Gosel Anson, a plastic surgeon in Las Vegas says, “Personal appearance becomes very important in the teen years. Personal appearance affects confidence and confidence affects position in group dynamics. Teens have always been susceptible to both peer and media pressures. Young men and women can be severely affected by the ‘perfect’ images they see on the Web, in magazines, and in all other media venues.”

Romo points out, “A change in physical attributes such as a large nose or ears that stick out, can have a great effect on a teen’s self esteem. I have had teens come into my office that are shy and uncomfortable. Plastic surgery transforms them into proud, confident individuals who can then become who they always had the potential to be.”

According to the American Society for Aesthetic Plastic Surgery (ASAPS), the most popular plastic surgery performed on children 18 years old and younger is otoplasty (cosmetic ear surgery), followed closely by rhinoplasty (cosmetic nose surgery). Breast augmentation is a distant third.

Romo is quick to add that plastic surgery is not a universal healer— not all teens with low self esteem need or would benefit from plastic surgery. Romo says, “Whenever I have a new patient, through LBFF or my private practice, I always interview them to make sure they have a realistic view of what surgery can do for them. I also determine whether they are physically, mentally, and emotionally good candidates for a surgical procedure. As a physician, I always have to make sure the benefits outweigh the risks.”

So what should parents do when teens express concerns over their appearance or think surgery would help them to be happier? Anson advises, “Parents should always try to take their teens’ concern about appearance seriously and discuss it openly. Remember that the vast majority of teens’ concerns will not be appropriate for surgery. Parents need to dig deeper and try to understand whether the teenager’s concern is masking some other issue. It will always be a struggle for parents to raise strong, secure young adults who understand that beauty involves an entire person and is more than ‘skin deep’.”