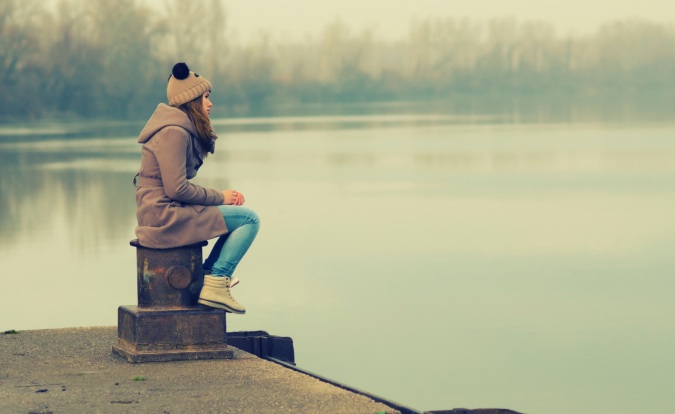 Between the ages of 13 and 18, approximately 20% of American adolescents will deal with some form of mental illness. Under this umbrella falls anything from minor depression or anxiety all the way to potentially more serious conditions like pediatric schizophrenia or post traumatic stress disorder. For many, dealing with a mental health condition will negatively impact their high school career in some way, potentially impacting areas such as academic performance, school attendance, teacher relationships, and extracurricular involvement.

Given the prevalence of mental illness among teenagers, a significant number of high school seniors are faced with a difficult choice each year — do I reveal my condition on my college application?

There is no blanket answer that will guide every applicant. Ultimately, the decision to reveal your condition is an entirely personal one. However, if you do choose to discuss your condition with prospective colleges in an essay and/or interview, we recommend that you consider framing your experience in one of the following ways:

Overcoming challenges and citing evidence of personal growth can be a winning story arc. If a bout of depression sophomore year contributed toward failing grades but you received treatment and rebounded academically the following year, then revealing that journey may be extremely helpful to your admissions chances. Knowing that you faced a significant challenge in your life and successfully emerged from it speaks volumes about your resilience, maturity, and grit, traits that are greatly valued by admissions officers.

Another approach is highlighting the strength that you draw from what others call an “illness.” An associate of Abraham Lincoln said of our 16th president that the “melancholy dripped from him as he walked.” Yet, many historians feel that Lincoln’s lifelong depression sparked a great deal of his legendary wisdom, insight, and brilliant strategic thinking. Lincoln was hardly alone; many of the greatest, most creative minds throughout history were, at least in part, driven by mental conditions. Darwin, Michelangelo, and Einstein were all likely sufferers of Obsessive Compulsive Disorder. If we were to list all of all the great writers, artists, comedians, actors, and directors who were influenced by depression and anxiety, this blog post would be longer than the 1017 page novel, Bleak House, penned by Charles Dickens, who was himself a lifelong sufferer of severe depression.

Cautious applicants might consider simply substituting the term “medical condition” for “mental illness.” After all, depression, anxiety, and the like are treatable medical conditions in the same vein as mono, kidney surgery, or any other condition that might disrupt one’s educational experience. Simply stating that you were afflicted by a “serious medical condition” which caused a temporary academic decline and led to you quitting the school newspaper and the baseball team will suffice.

The case against revealing

It’s hard to predict how a given admissions officer will react to a disclosure of a mental condition. After the Virginia Tech massacre in 2007, colleges became highly attuned to the mental health status of applicants. Unfortunately, admissions officers less enlightened on the subject may, even subconsciously, attach a stigma to any mention of a mental condition, lumping your treated depression with more gravely serious and untreated disorders. The public’s perceptions and understanding of mental health has improved in the past decade, but misinformation persists, even among highly educated college officials.

College Transitions bottom line: If you are going to discuss your depression, anxiety, or other mental condition in your application do so in a strategic manner for the purpose of illuminating otherwise unexplained inconsistencies in your academic record. A well-conceived and well-delivered narrative about your struggles with mental illness can be beneficial to your admissions chances; a poorly crafted disclosure may have the opposite effect.