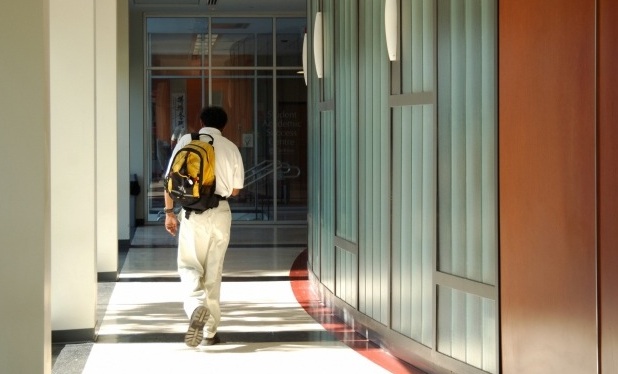 To most of us, the concept of in-state tuition is a straightforward proposition—government subsidized public institutions offer a lower tuition price to residents of their state. Families can elect to take advantage of the in-state tuition or pay a sizable premium for an out-of-state public school. Pretty cut and dry, right?

The Rules of in-State Tuition

Not anymore. Some savvy parents have figured out how to exploit legal loopholes, allowing their children to enjoy an in-state discount at an out-of-state school. Gaming residency requirements can provide substantial returns, given that the four-year difference between out-of-state and home-state tuition has entered the six figures at some public colleges and universities.

For example, UCLA charges non-California residents a supplementary tuition fee of almost $23,000 per year. Michigan’s prestigious flagship university costs under $14,000 a year to students from the Great Lakes State while out-of-staters will fork over $40,000 per year for the honor of becoming a Wolverine. At Penn State, it will cost you an extra $60,000 over four years, a relative bargain, to join the other 98,000 currently enrolled members of Nittany Nation. Even at state schools with a smaller cost differential, you are still looking at tens of thousands of dollars.

What Are the Rules and How Do Students Bend Them?

Every state has unique rules and the loopholes that might open the door to being awarded in-state status. The most common strategy that crafty students employ involves trying to establish residency in the state where they hope to attend college and taking some form of a “gap year.”

If you are going to go this route, you’ll need to show evidence that you weren’t just playing the system (even if that is precisely what you are doing). Get a driver’s license in your state, find a job, and pay income taxes. In most cases, awarding or withholding in-state status is still completely at the school’s discretion and they do not shy away from rejecting students whose profile raises red flags.

Establishing independence from your parents is another huge hurdle. Many states require any student under a certain age (often 23 or 24) to prove that they have been financially independent from their parents for at least two years. Otherwise, your residency is viewed as reverting back to your parent’s home state, even if you have physically resided elsewhere for a long period of time.

On the more extreme end, some students have even gone as far as to arrange sham marriages with people who reside in the state where they wish to attend school. Establishing residency, at that point, is a breeze, even if the rest of your life would likely be a Lifetime movie.

For-profit organizations are springing up to assist families with this process and, according to many college officials, are toeing the line between opportunism and criminal deception. For upwards of ten grand, an organization will help you put together a petition for in-state tuition. Such substantial documentation is required that these applications can end up literally being hundreds of pages long. No information is publicly available as to how successful these agencies are at delivering the goods.

If you come from a military family, many states are either legally obligated or at least open to granting in-state tuition. At present, 21 states generally follow this practice including Virginia, Texas, Ohio, Illinois, and Arizona. Another 12 states including North and South Carolina, Pennsylvania, New York, and Florida have pending legislation in this area. California, a hot spot for its premier state system, has no such agreement for military families at this time.

Many states have reciprocity agreements with one another. For example, member states of the Midwest Student Exchange Program allow out-of-state students to receive a tuition rate no higher than 150% of the in-state rate. The Western Undergraduate Exchange, which includes the popular higher education destination points of Arizona, California, and Colorado have the same 150% cap, but require students to apply for consideration.

In some instances, such pacts will allow students right on the border of one state to attend. The University of Louisville’s agreement with certain bordering Indiana counties is one such example.

We believe that, in the absence of extenuating circumstances, the effort and/or money spent to try to procure out-of-state tuition through questionable means would be better spent researching other affordable public and private options and pursuing merit aid and scholarships. There are simply too many outstanding institutions across the United States to warrant engaging in a The Sting-style “long con.”

However, if you are part of military family or if your state is part of one of the consortiums that offers discounts, then in-state or reduced tuition is an excellent avenue to explore.