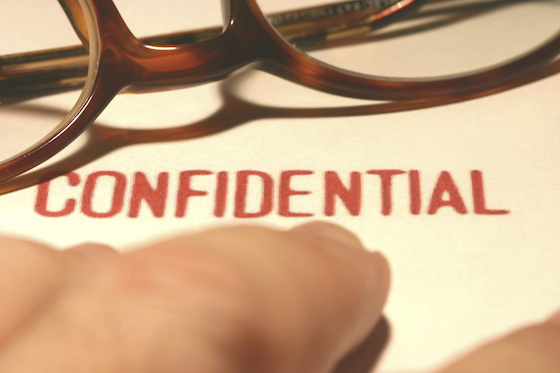 As a parent of two students who attended college and as a coach for thousands of parents who are sending their own children to college, I have always believed that the college admissions process is highly subjective. What does that mean? Admissions officers meet and discuss the particulars of a student’s application and based on their own criteria, make the final decision whether to offer or not offer admission.

What does this mean for students who aspire to college? Your college future is in the hands of these admissions officers, who, by their own admission, often have no rhyme or reason for their final decision. Could this be possible? Yes. The Daily Beast published an article in which admissions officers reveal just how “whimsical” the selection process can be. This could be why many perfectly packaged applicants do not receive offers of admission.

Following are a few examples from some admissions officers. Granted, their colleagues have condemned them for sharing these secrets, but it does offer some insight into their decision process:

“One night, I got food poisoning at a restaurant in Buffalo. The next day, I rejected all the Buffalo applications. I got sluggish in the afternoon after lunch, so maybe I wasn’t as scrupulous about a candidate as I would have been if I were fresh. Or even if my favorite sports team was in a slump, it affected who made the cut. If the [Pittsburgh] Steelers lost a game and I read your file the next morning, chances were you weren’t getting in. Where I could have been nice, I just didn’t go out of my way — I was a lot less charitable. Those are things that you, the applicant, have no control over. Which makes it all the more funny — the frenzy that parents and students work themselves into around getting in.”

(Call me crazy but for him/her to say it was “funny”, makes me wonder just how serious they take their job and how they value a student’s desire for education.)

“People tend to like people like themselves. I could almost predict the application files my colleagues would support: this admissions officer likes the athletes; this one prefers the quiet, creative loner type; one person cared a lot about SATs; or another would be more likely to excuse things like teenage arrests than other colleagues.”

(Translation: it’s all about who gets your application and how you are perceived.)

“Of course there are files every year that the dean simply says aren’t debatable. It’s pretty easy to Google those kids and see Daddy is a U.S. Senator or gave the university $7 million. But it really takes paying for a building or endowing a chair to have that kind of privilege. Only about 70 percent of the other VIP kids get in, because it can be equally embarrassing if some big celebrity’s son fails out or gets arrested on campus. There have to be some standards.”

(Money talks—even if you are a marginal student.)

“We were always looking for candidates from underrepresented groups. So if you are just a typical white girl from New Jersey and your application didn’t pass muster, it was relegated to the reject pile without a second thought. With a minority kid with the same stats, you just can’t do that. They always warrant a second or even third look.”

(You can’t help where you were born, who your parents are or if you’re part of an average American family—if you are, you might be rejected.)

The Key to Acceptance

If all these examples and interviews are true, how can a student possibly have hope of being accepted? The hundreds of thousands of acceptance letters received every year by students prove it is possible. In a Huffington Post article, "10 Secrets for Top College Admissions," some tactics are outlined that might help when choosing the college to apply for admission and increasing your odds of acceptance.

The key to acceptance with all these variables in place is to do your research. Apply to colleges where you are at the top of the applicant pool. Make connections with the colleges that interest you. All these will increase your odds of receiving an offer of admission; even if the process is entirely subjective.