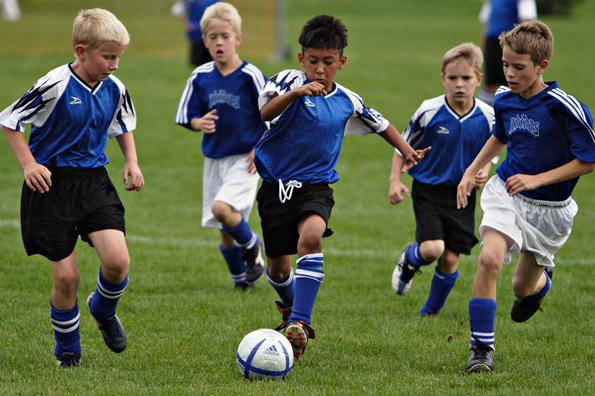 As a mother of triplet sons and a youth sports coach herself, Brooke de Lench has learned a lot first hand about youth sports. De Lench says, “Sports programs that are well run set a child on a love affair with sports and fitness for a life time with numerous benefits."

While there are many benefits to playing youth sports there are also risks. The pressures and dangers of youth sports have gotten more media attention in recent years. The year-round commitment some sports require has led to an increase in athlete burnout and injuries. The number of reported concussions sustained in youth sports has increased, as have overuse injuries.

Explains de Lench, “Overuse injuries can lead to psychological and emotional issues. Some coaches and parents may not understand that the body needs to heal. They encourage athletes to ‘push through the pain’ rather than risk a losing season. Young athletes who get hurt feel lost when they are unable to play.”

Parents Play a Role in Safety

Parents of youth athletes may not realize the critical role they play in making sure their teen stays safe while enjoying the many advantages of being part of a sports team. De Lench explains, “As an athlete myself my eyes were wide open to all the types of abuse that can occur in sports. But I became more aware while raising my triplet sons—one of whom we needed to take out of football because of too many concussions, which I know could have been prevented.”

In 2000, de Lench became a voice for parents of youth athletes and launched MomsTeam.com. She elaborates, “I started MomsTEAM.com to help parents have the tools to protect their young athletes and prevent emotional, sexual, physical, and psychological injury that can stem from participation in sports.” In addition to founding MomsTEAM.com, de Lench is the author of Home Team Advantage: The Critical Role of Mothers in Youth Sports and producer of the documentary The Smartest Team: Making High School Football Safer, a concussion solutions documentary that will air onPBS stations across the country this fall.

According to de Lench, “The over arching issue is a tendency in American culture to worship athletes and put them on a pedestal.” The idea that athletes are above it all starts at the professional level (i.e. former NFL player Ray Rice’s recent domestic violence incident or Wes Welker’s drug abuse) and trickles down to young athletes. Young athletes may be revered by their peers or offered special treatment at school. Coaches may be more concerned with keeping star athletes playing than they are with their overall well-being. And parents can lose sight of what really matters when they are hoping their athletic child will be considered for an elite team or college scholarship. Says de Lench, “It is about time we brought the tough issues to light and begin at a younger age.”

That is just what de Lench is hoping to do at the Smart Teams Play Safe daylong summit that will take place on Monday, September 15th in Boston. The summit will include a strong and diverse group of speakers that will share their insight on the topics of violence, abuse and harassment among athletes today.

Keynote speakers include Joe Ehrman, former Baltimore Colts defensive tackle and author of Inside Out Coaching, Katherine Starr, two-time Olympic Swimmer and founder of Safe4Althetes, Brian Hainline, Chief Medical Officer of the NCAA and co-author of Drugs and the Athlete and Rosalind Wiseman, Author of Queen Bee & Wannabees and Mastermind & Wingmen.

Topics at the summit will include injury prevention strategies in youth sports, overuse injuries, how to prevent bullying and gender influences on sport-related concussions and outcomes. The summit is open to the public. De Lench explains, “Our hope is that the summit will provide concrete solutions to improve the physical, psychological, emotional, and sexual safety of youth’s who participate in sports.”

For parents of youth athletes, de Lench offers these tips: