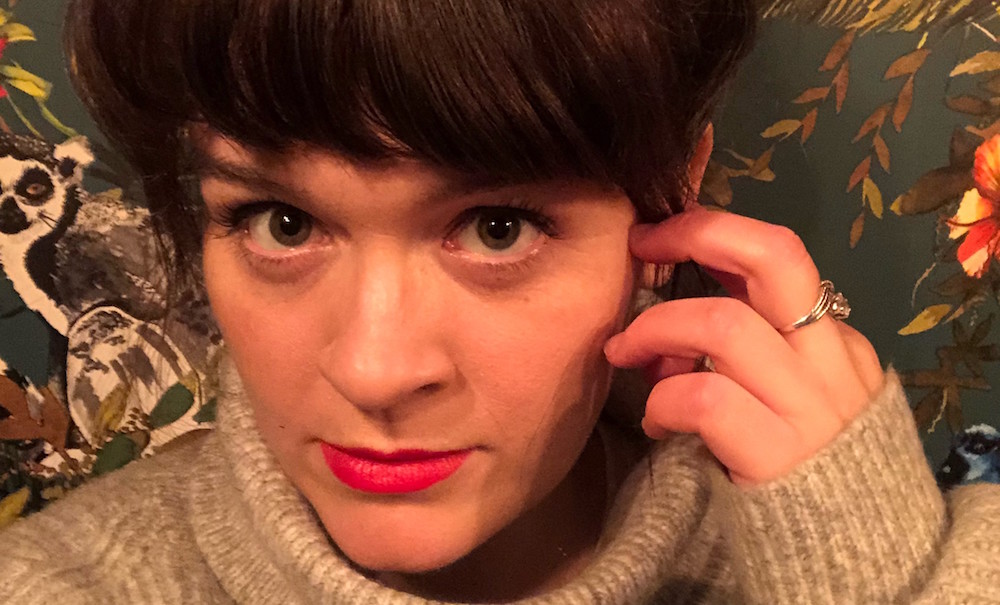 Jessica Mullen studies Writing for Performanace at the Royal Central School of Speech and Drama.

How did you discover your passion for drama, applied theater and writing?

I discovered my passion for drama when I was very young, performing in school plays and singing songs from “Les Mis” all over the house. I went to a very traditional high school in Boston at first and, while I was there, a new high school for the visual and performing arts opened. I transferred there that year, and was encouraged to write in every class.

My theater teacher (from England, coincidentally) often pushed me to consider playwriting, both in school and long after I graduated, but it wasn't for another 10 years or so that I took her up on a playwriting class she offered at her kitchen table. At the end of the class we held a rehearsed reading at the Boston Playwrights Theatre, and that process of seeing my work on stage, after rehearsal-period edits and a few heart-to-hearts with my director, sold me on the process, and on the thrill, of writing for performance.

What is/has been your favourite part about the course at Central?

Early on at the Royal Central School of Speech and Drama I made some very close friends, and with one of those friends I started a pop-up theater company in Bermondsey, London. The company benefits so much from the people in our little DATE (Drama, Applied Theatre and Education) community. As we were getting started, we sought the advice of some of our tutors. When we needed scripts and actors, we found them in the form of fellow students. When we needed technical support, we could get it from the Technical Support Department at Central. And when we have an evening of performance, it's more likely our classmates and tutors who will be in the audience than our own families. It's a very supportive community, and it reinforces the idea that in theater, we're all in this together, from the ground up.

What is the most challenging part about training in this area?

As a writer, I often like to work alone at first, and when you work in applied theater, you're working with others from the start. Last year's Collaborative Outreach project was enriching, certainly, and one I talk about whenever I describe applied theater to people who don't know what it is, but learning how to work constructively in a group, from mission statement to final product, was an important challenge for a person who likes to fly solo.

Why did you pick this particular course?

I liked the community aspect of this course, in contrast to the navel-gazing you might find in a course geared towards just becoming a playwright.

What made you choose Central?

I was looking for playwriting courses in London, mostly, but I was interested in the project-oriented structure of this course at Central. Most other courses I was looking at started with English Literature 101 and had little room for practical application of lessons learned. At Central, I hit the ground running, and outside of the classroom I was making theater and writing, as well. Clearly I made the right choice.

What do you plan to do after your training? How has the course helped you with this?

That's a big question! While I'm still in England, at least, I will continue to write plays, see plays, and talk to other theater-makers. I want to continue working with my theater pop-up, which focuses on presenting new work by underrepresented talent in the relaxed setting of a bar, and try to see how we can invite more people into the space who might not think they're interested in theater. I'm becoming spoiled by the concept of theater as a right in this country, and want to see what I can do to stay. Central got me into the habit of making theater every day, in one way or another, and it connected me to the people who talk over brunch about what we can do to challenge people's expectations of theater. Unsurprisingly the community of Central is a great resource, and one that won't expire when I graduate.